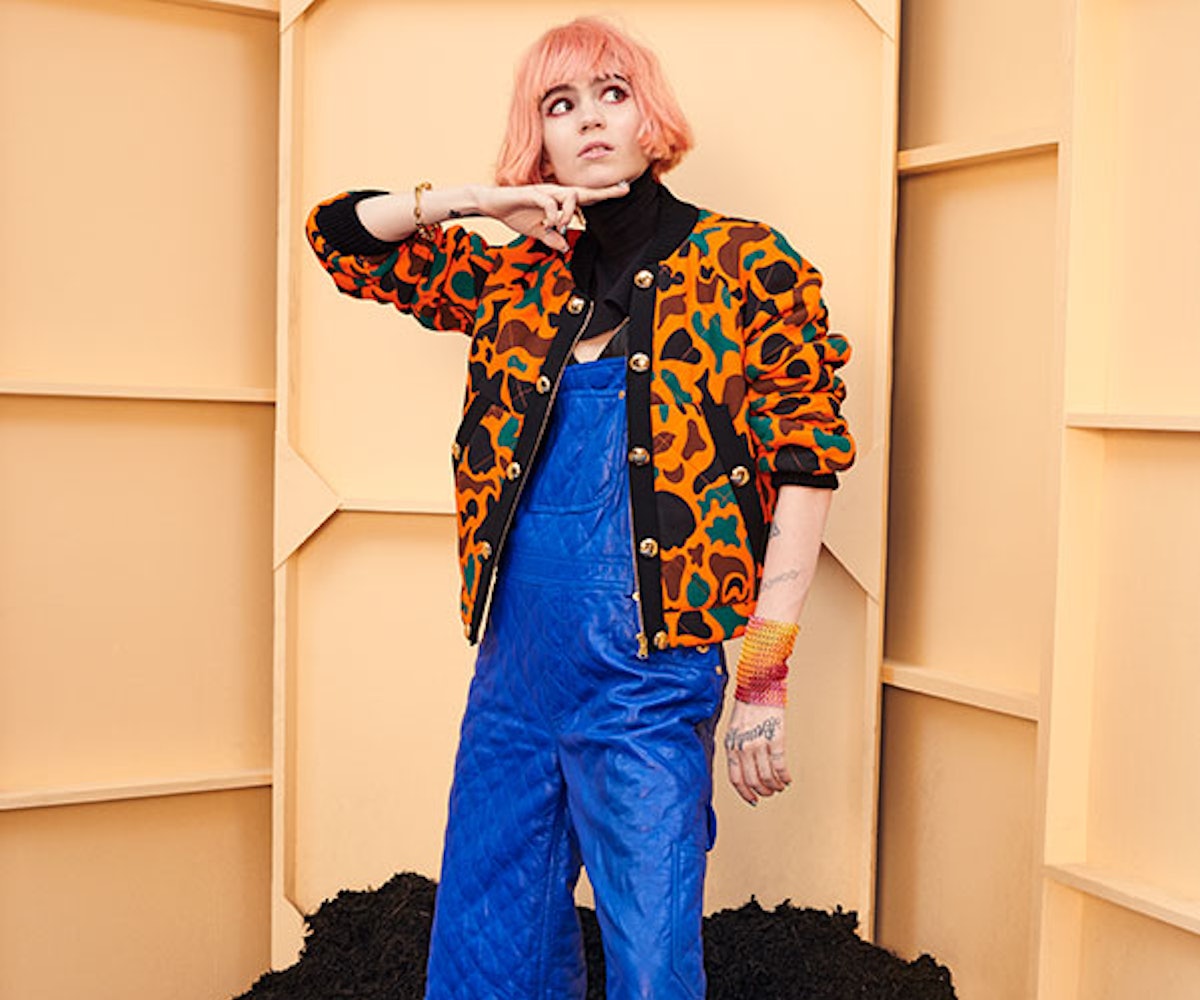 When we met up with our October It-Girl cover star Grimes, we chatted about a lot of things: Her DIY-venue days, her so-called scrapped album, the mafia, and her new sonic direction and development. We also spoke about the nature of the It-Girl, and how, with her idiosyncratic style and an album of surefire hits on the way, she’s leading the charge of a new crop of multi-hyphenate mavens—smart, confident, talented women with staying power. Naturally, the It-Girls who fascinate this former neuroscience-philosophy major are a rad group of 12th-Century polymaths and pop stars. Talk about It incarnate.

“Hildegard is the 12th-Century version of what I aspire to be: She was a scientist who wrote about abortion and handed out pamphlets to the women in the community, but she was also a musician, a composer, a painter, and illustrator. The pope was in her pocket, and she had her own abbey where she let all the nuns grow their hair out and wear jewelry and makeup—she was definitely the most badass, completely eccentric, awesome visionary.”

“After Genghis Khan and his successor died, there was this period of time when the Mongol Empire was ruled by a woman, and it would’ve been one of the biggest empires in the world. Back then, all the Mongol women knew archery and knew how to fight, and in order for her to retain power, she must’ve been the hardest fucking fighter of all time—just think of all the people who probably tried to kill her.”

“Divine just doesn’t give a fuck. Female Trouble was the first alternative thing I saw outside of emo or goth art when I was about 14 or 15, and it just blew my fucking mind. One of my alter egos is Don Davenport—spelled Don, as in Don Corleone, and Davenport, like Divine’s character Dawn Davenport from Female Trouble. Divine in that movie completely changed my life.”

“Dolly has clearly been through shit, and she acknowledges darkness, but she’s so positive. In music, it’s so easy to be all, ‘I’m a tortured artist.’ But if you get to be a musician, you are so fucking lucky. When you see her, she’s always so grateful to be there, even when she’s singing about growing up with her mom having to make all of her clothes. It’s really important to me—even when it feels crazy—to not freak out, because I could be working a minimum-wage job or I could be in a refugee camp, but instead I get to fly all over the world and it’s a huge luxury.”

“Nicki is the number-one person I admire in the whole world right now, because she gets so fucking weird, but she does it in a really pop way. During her Grammy performance with the priest, I was like, ‘What?!’ That’s kind of the dream, to be a pop star while doing all this weird stuff. When you come from a specific musical background, like rap, you always have those hardcore fans you have to pay homage to, and I relate to that. It’s good to have a core audience that’s not a pop audience to keep you grounded.”

"Brienne from Game of Thrones is really hard and kind of butch, but you can’t pigeonhole her. She has a crush on Jamie [Lannister] and can feel self-conscious about her looks, but she’s also the best fighter in the kingdom. She’s just a really complex character, and I think that’s really cool.”