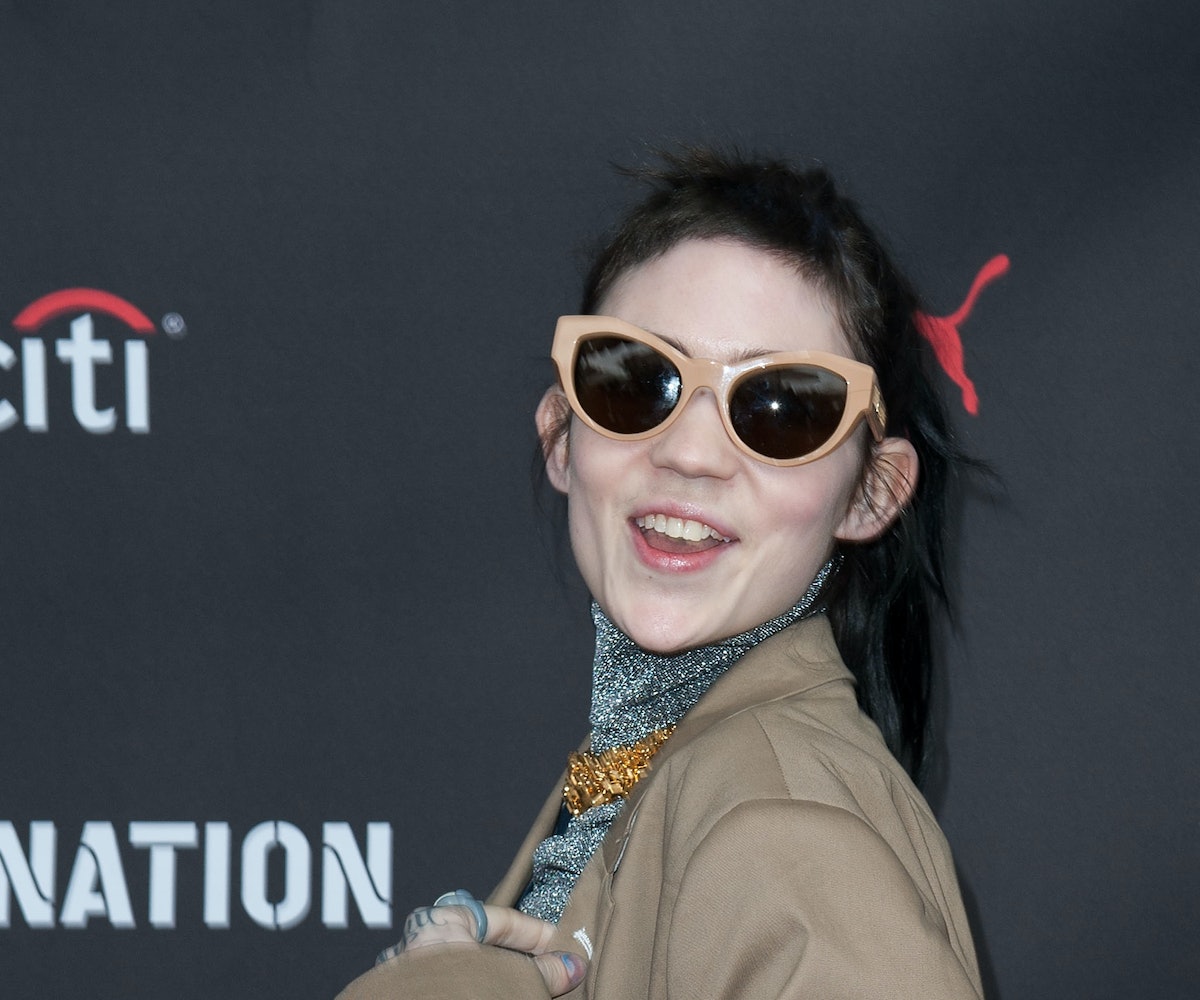 On Monday, Coachella proved why it's the undisputed king of all U.S. music festivals, when they announced their best lineup in years. While Calvin Harris was revealed as the third (and most underwhelming) headliner, joining the previously confirmed dual reunions of LCD Soundsystem and Guns N' Roses, it's the acts underneath the boldface names that have us already booking our flights to Indio.

On Friday, Ellie Goulding will take the stage, joined by the likes of Sufjan Stevens, M83, and Jack U. Saturday will see Nylon darling Grimes return to Coachella, this time on the strength of her irrepressible pop masterpiece Art Angels. Also slated to perform Saturday is Ice Cube, Disclosure, A$AP Rocky, CHVRCHES, and Halsey, the futuristic upstart who's likely to be a festival mainstay all summer long.

But it's Sia's slot on Sunday that is the weekend's must-see event. The performance will be her first live show in The United States in five years, and while Major Lazer, Rancid, and the 1975 will make Sunday night a memorable one, the festival's closing night is all about Sia. The question now becomes, when the "Chandelier" chorus soars across the desert night sky, where will you be?

Check out the full Coachella lineup below.