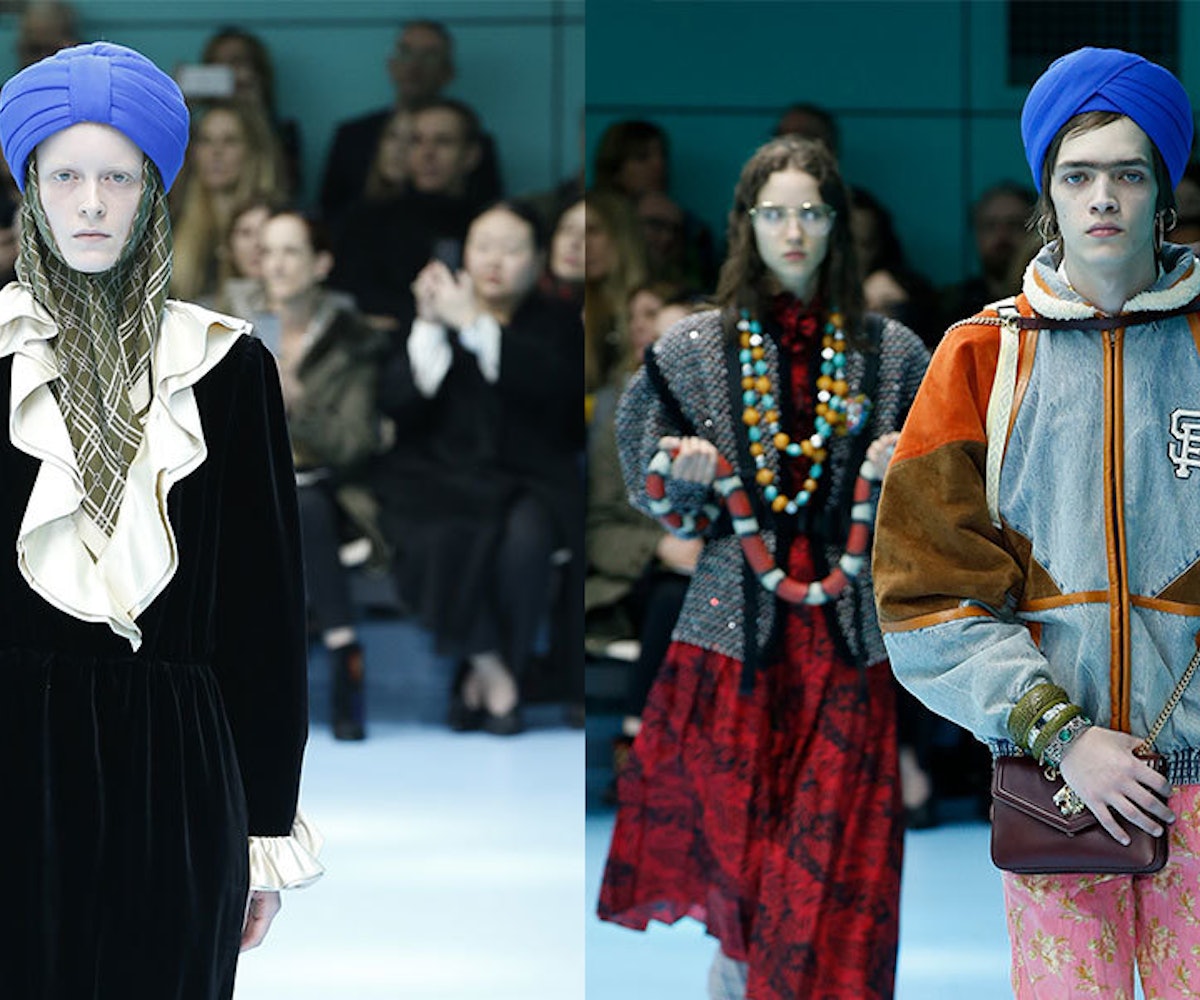 Gucci had one of the wilder fashion shows this season. There were models holding replicas of their heads as accessories; one model carried a dragon. The Yankees logo was stitched on some of the clothes and accessories. There was a lot to talk about—including the fact that the brand sent a handful of models down the runway wearing silk turbans, which is a decision many people are calling out as appropriation.

Twitter users have pointed out that not only are turbans like this a religious article of clothing with deep significance within Sikh culture, but also that every model who wore one was white.

There’s also the fact that brown people who wear turbans are often subject to violence, called terrorists, and largely discriminated against. This makes it a complicated accessory trend, to say the least.

Complicated, but not surprising, because this type of problem is a common one for fashion brands. The act of picking and choosing cultural imagery and placing it on a runway—or using it as a prop to fulfill a designer’s vision—is done season after season. The backlash comes swooping in and yet it still occurs. As Lamisa Khan told the Huffington Post U.K., “It doesn’t feel like it’s done by accident anymore. It’s as though they’re doing it on purpose for attention.”

Last year, Gucci was accused of copying Harlem designer Dapper Dan. Dan and the brand have since collaborated on an exclusive boutique and they’re reportedly teaming up to create a collection for Fall/Winter 2018. The fashion house has yet to respond to this season’s incident, so it’s unclear how they plan to play cleanup. But it would save us all some energy if brands stopped trying to pay “homage” to people or cultures they don’t belong to and, instead, spent time creating their own original designs.