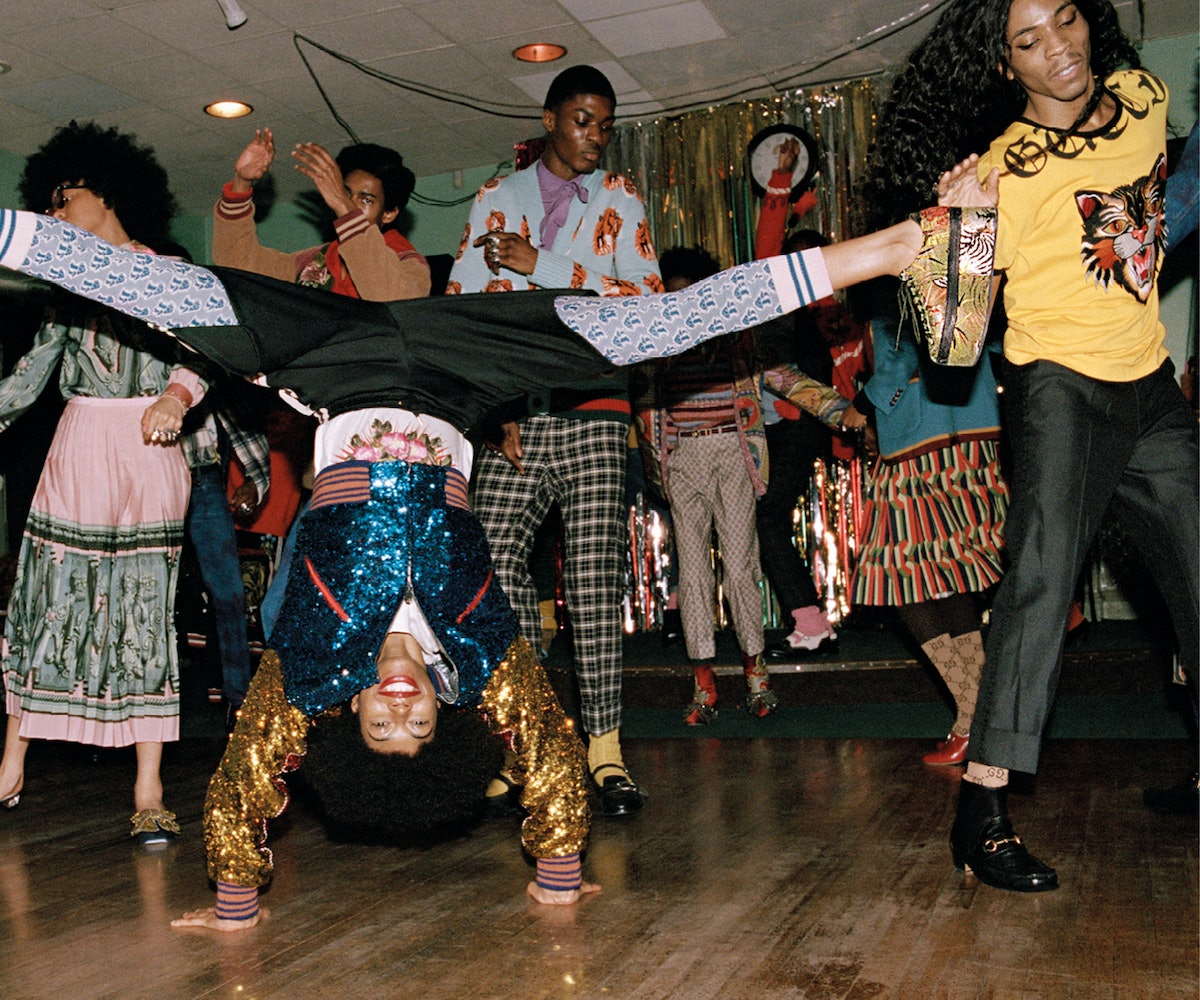 First memes, now diversity—Gucci is gunning for the millennial fashion throne. The fashion house first teased its Pre-Fall 2017 campaign a couple of months back by posting casting videos featuring models of colors on its Instagram page. Now, we can see what came of those individuals.

The brand dropped its campaign today, titled “Soul Scene.” It was inspired by the portraiture of Malick Sidibe, a Malian artist who documented young nightlife in his town of Bamako in West Africa. It also takes cues from London’s “Made You Look” exhibition, which centered around black masculinity and dandyism. A release explains further: “This season’s Gucci advertising campaign is an exploration of the flamboyance and self-expression of men and women who challenge the conventions of society through performance, art, and dance.”

The images, shot by Glen Luchford, are gloriously '60s-inspired and feature a cast of all-black models and dancers. There’s even an iguana or two in the mix. The campaign will run starting in mid-April. You can check out the pictures below.