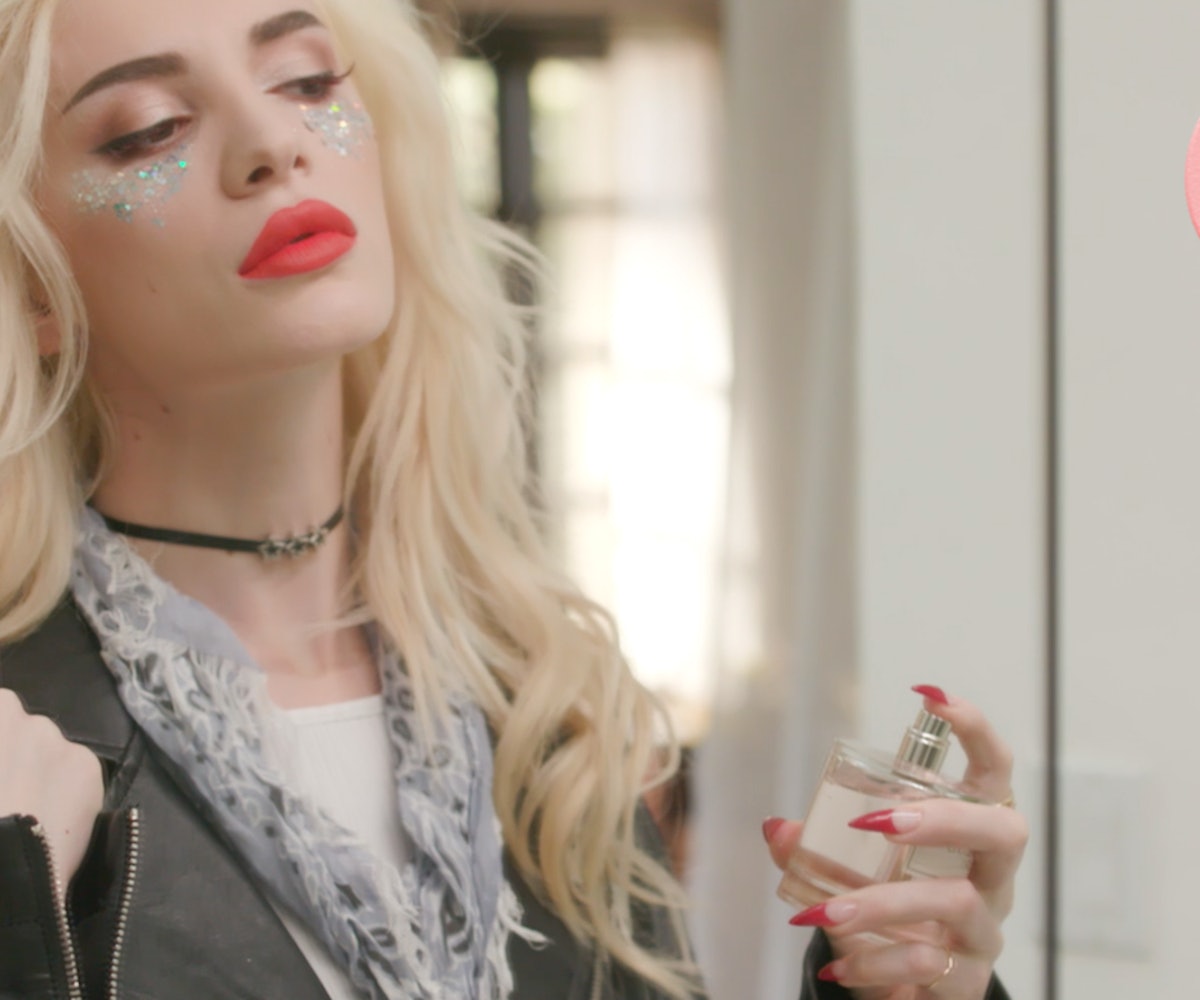 Era Istrefi went viral in 2016. Her single "Bonbon" smashed the dance and pop charts, bringing the Kosovo-born singer international recognition. Now, hot off winning the European Border Breakers Award (Adele, Mumford & Sons, and Tove Lo have all won) and the release of "Redrum," Istrefi is poised to shake the world up even more.

"So far, what I'm the most proud of is being the first Albanian to write a song in the Albanian language that went viral," she tells us. That is, of course, the aforementioned "Bonbon," which has garnered nearly 400 million views on YouTube and 75 million streams on Spotify. She describes her aesthetic as ever-changing. "I enjoy playing with my appearance so much," she says. I think it's because I used to draw a lot when I was a kid, so now, instead of doing that, I see myself as a Tabula Rasa—paper about to be an artwork."

Talk about having a vision. Istrefi has no plans to emulate anyone else's career but her own.

We caught up with Istrefi after her surprise Coachella performance this spring where she went from the festival's stage to a smaller, more intimate one, performing the aforementioned "Redrum" for a select audience. With the help of GUESS and GUESS' new 1981 fragrance, we're bringing you into that VIP experience here. After all, it won't be long before we hear from her again. She tells us she has a bunch of songs waiting to be released. "We'll talk about them the next time around," she says. Looking forward to it.