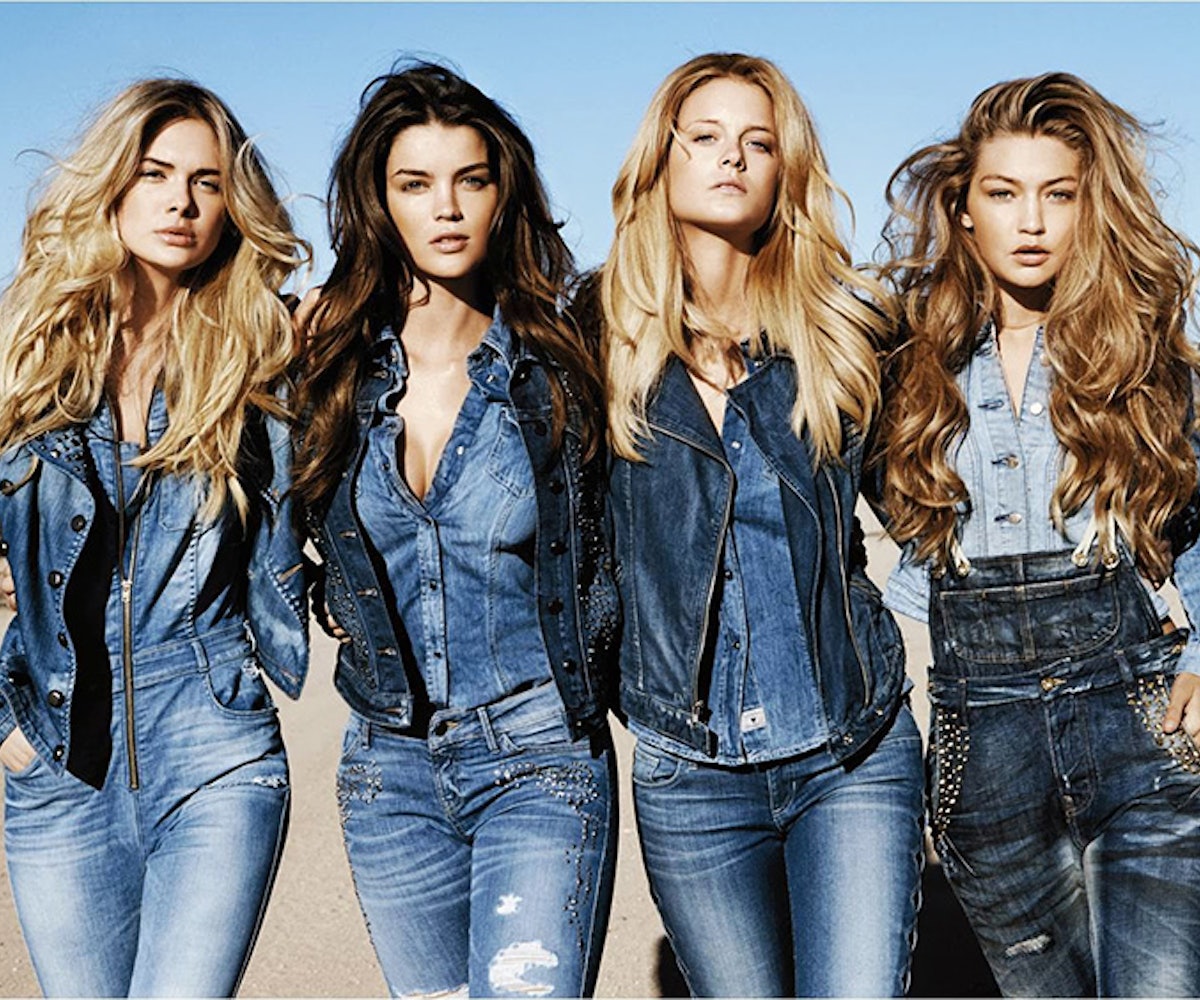 There's no hiding that we're denim obsessed. (Our whole August issue is devoted to the fabric!) In the spirit of the American classic, we decided to try out the newest, coolest, weirdest jeans once a week for the entire month and share our findings.

Being a Guess girl means two things: you are the babe-est of babes and you look great in jeans.  So for our final denim Test Drive it seemed like a no brainer to take inspiration from the current Guess ads starring Gigi Hadid and try out Guess' version of the overall. (If you couldn't tell we are obsessed with overalls right now. A lot.)

What we found what that these Guess overalls are no regular onesies. With studs, tiny rips, and a removable top, they might just be the most versatile pair of jeans we've tried out yet.

Here's our take on the all-in-one style:

“I'll wear just about anything, but for some reason overalls have never been my vibe. Whether it's because of the baggy shape or the voice of Amber going, “She could be a farmer in those clothes,” I haven't owned a pair since elementary school. So I was probably the most apprehensive of the group when it came to testing these out. And yet, here I am hours later, with plenty of opportunities to switch back out into my favorite skinnies, and I'm still in them. Here's why: Because they're basically a pair of boyfriend jeans with a bib, they don't give you that wearing-a-diaper shape. And because they've got studs all over them it's a little less country and a lot more rock'n'roll. So take that, Ambular.”

“I'm a hardcore overall fan (ahem, see my August pick for Best Dressed), so any overall is a great overall in my book. I especially liked the flattering slim-cut bottoms and the slightly destroyed patches on the Guess version.  I do feel that designers have been taking cues from Portandia with their recent studding obsession–remember “put a bird on it?” The past few seasons, it's been more like, “Put a stud on it.” However, these gold embellishments aren't going to stop me one bit. The fact that it zips off into boyfriend jeans is the final push I need to move my other pairs of overalls to the side and make room in my closet for one more.”

“Truth time: I don't own a single pair of overalls. But after trying on these Guess ones, I think that's about to change. I'm all about things that can be worn more than one way–in the two days these overalls have been in the office I've invented about 15 styling options. (My favorite is unzipping the top and wearing it as a crop top, FYI.) I didn't think I would like the studs around the pockets, but they're growing on me. It's a good way to wear boyfriend jeans without looking like your boyfriend, or at least ensuring your boyfriend won't steal them from your closet!”