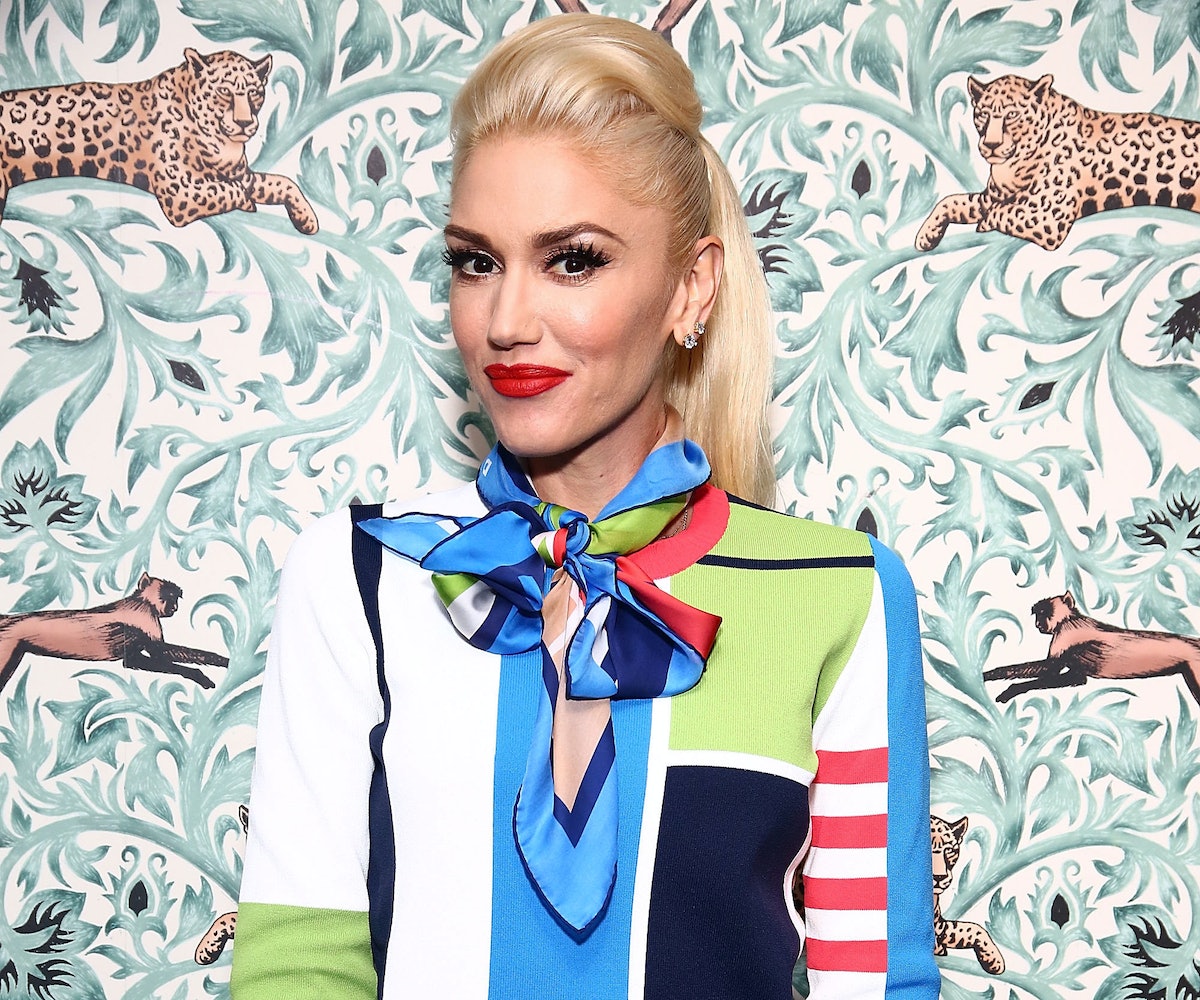 Over the past 20 hours, Gwen Stefani posted a series of problematic photos on her Instagram account from the set of "Misery." The shoot is for a special performance on an episode of The Voice, but viewers might not want to tune in this week. As you can see, Stefani and her crew are decked out in African-inspired tribal pieces. It seems harmless, but wait—there's more.

To make matters worse, the dress that Stefani chose to wear for this performance is mired in controversy. It comes straight from Valentino's Spring/Summer 2016 collection, which received heaps of backlash when people found out that it was a “wild, tribal Africa" themed show. (Predominately white models wearing cornrows was the least of their problems.)

You know I had really hoped it was a fluke, that the first image I saw last night was a one-off. It's really unfortunate that nothing was learnt from the video fiasco @gwenstefani. You should, in my opinion, be using your celebrity as a platform and mentoring new artists against cultural appropriation in this day and age. You know the 'learn from my mistakes' talk. There're so many other ways to be creative than to take very recognizable pieces of other cultures and exploit them. When indigenous cultures get upset it's because our cultures are not costumes or fashion statements. Indigenous cultures get put down or ostracized for wearing what they do - even after someone comes along and makes it 'fashionable' and 'trendy'. Then our centuries old traditions become 'celebrity inspired'. There is clear Native American inspiration here, and more than one tribe—it's muddled and inappropriate. The biggest problem I have with all of this is the sexualizing of it all. When this is done it helps to perpetuate harmful stereotypes and helps to fetishize the culture; a culture that is fighting to save our women because there are over 4,000 missing and murdered indigenous women. So, when I see a celebrity who I respect support something harmful and disrespectful to another culture I'm disappointed.

Stefani's entire career has been punctuated by her stumbling around in everyone else's culture and playing dress up with bits of foreign "costumes." A few years back, No Doubt was forced to pull the video for their single "Looking Hot" because of its offensive portrayal of Native Americans with the "Cowboys and Indians" theme. Stefani also went through that whole Harajuku Girls phase during the Love. Angel. Music. Baby era in 2004, where she used Japanese women as both an inspiration and props, much to the chagrin of TIME. And prior to that in the '90s, she used to stick on bindis—a sacred symbol of the third eye in Hindu culture.

It's frustrating because, after all this time, it seems like Stefani still doesn't realize that this is an issue. There's no excuse for a lack of awareness because she should know better by now. Perhaps she is lost in her own identity? Expression and artistic interpretation is one thing, but when it becomes a repeated pattern, one we come to unfortunately expect (and one in whose criticisms she refuses to engage in), she becomes a major part of the problem. If you must insist on borrowing chosen elements of other cultures, at least use your platform to be a part of the ongoing conversations in these communities—don't do it for the sake of a "one-night performance."