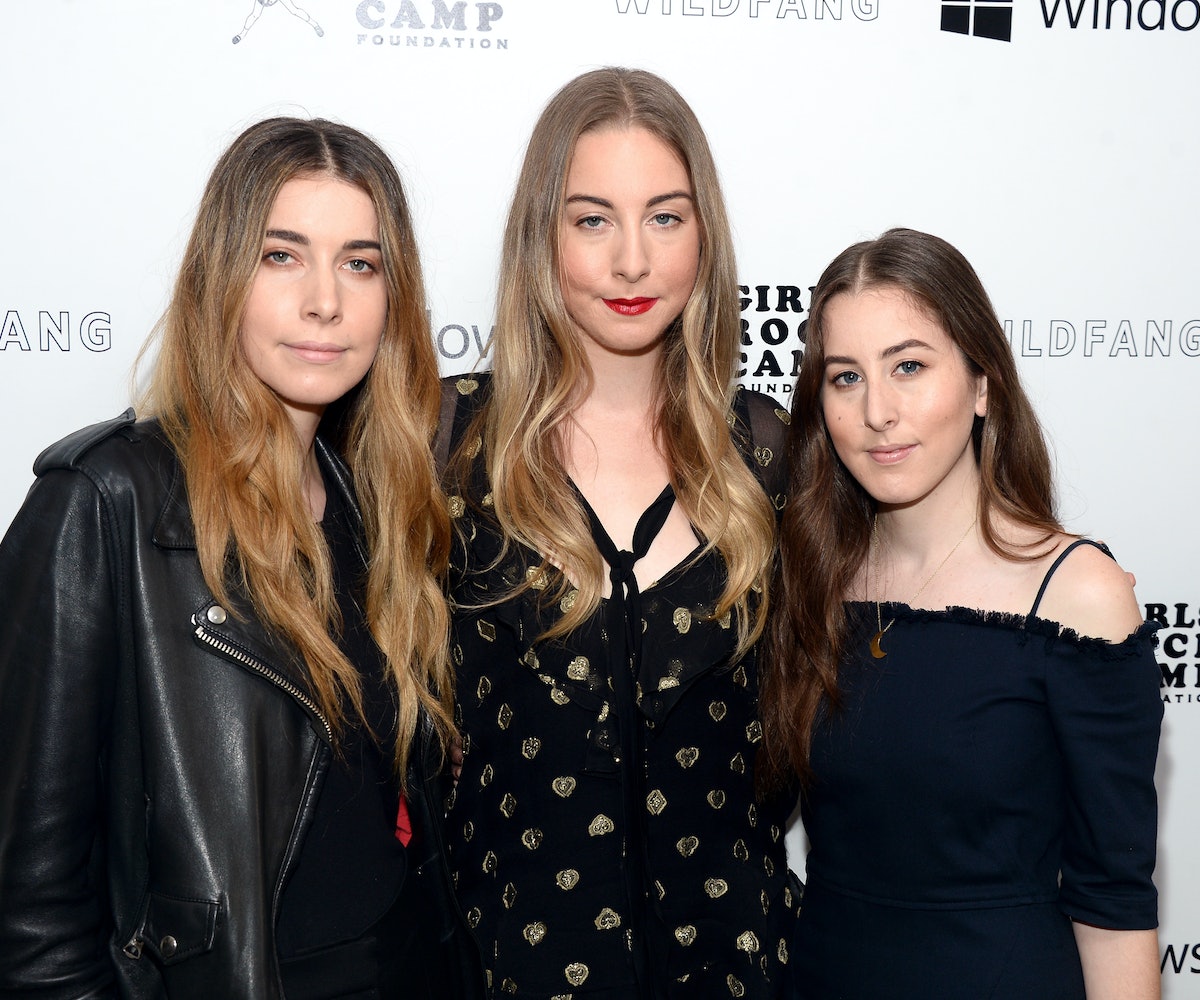 Photo by Matt Winkelmeyer / Getty images
by daniel barna
May 19, 2016

It's been a long time coming, but HAIM seems finally ready to give us some new music. While playing their first show since February, a headlining gig at The Observatory in Santa Ana, California, the sisters played two new songs, their first new material since their 2013 winning debut, Days Are Gone.

The songs, which are reportedly called "Nothing's Wrong" and "Give Me Just a Little Bit of Your Love," borrow more of the same formula that made the L.A. natives such a sensation. By seamlessly blending elements of sensual R&B and effervescent pop rock, HAIM has crafted a sound that will likely soundtrack our summer. That is of course if their new album comes out in time.

The sisters have not yet revealed a title or a release date for their hugely anticipated sophomore record, but according to a video they released back in March, they're ready to share their new material with the world.

"We’ve just been in the studio for so long—like, perfecting and trying to get it right," they said at the time. "At this point, we just wanna go out there and play the songs live."

It looks like that's exactly what they'll do as they embark on a tour that will take them across the country, including stops at New York's Governors Ball and Tennessee's Bonnaroo. And based on their first show, HAIM has plenty of surprises up their sleeves as well, like this soaring cover of Prince's "I Would Die 4 U." Watch HAIM slay that, and their new songs, below.