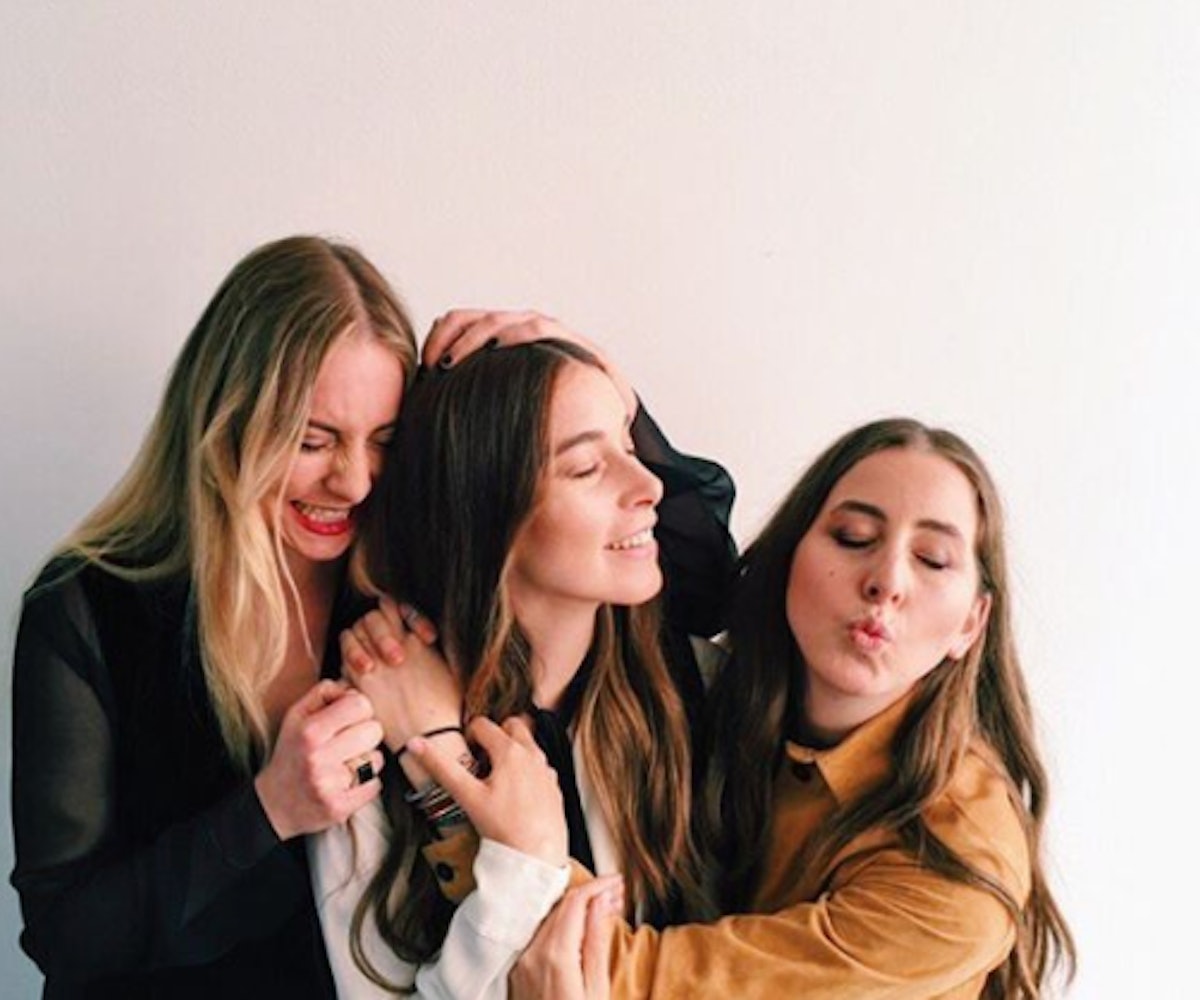 It’s been a while (three years, but who’s counting), but the Haim sisters are finally back in the studio. In a recent interview with Entertainment Weekly, the trio announced that their sophomore project is set to come out in summer 2017. So far away, but we’ll take what we can get.

Regarding the forthcoming LP, Danielle told the publication that they want to “get back to [their] so-called roots.” Este added somewhat aggressively: “You don’t even know what’s coming for you. I’m warning you. You. Don’t. Even. Know.”

Seriously, we actually don’t. Details about the LP are slim. We do know that they’re collaborating with producer Ariel Rechtshaid and former Vampire Weekend member Rostam Batmanglij but, aside from that, we don’t even know what the name’s going to be. The sisters note that their upcoming album has taken so long because they don’t want to put out something they’re not proud of.

“We write everything, we play everything, and we help produce everything. These things take time, and we refuse to put out anything we’re not 100 percent in love with,” Danielle says. Alana adds: “To get to Days Are Gone, it took us seven years. We’re super excited for the next chapter, to just tour our hearts out and really hit the ground running in 2017.”

Next year is already looking better than this one. We’re sure whatever they plan on putting out will be well worth the wait.