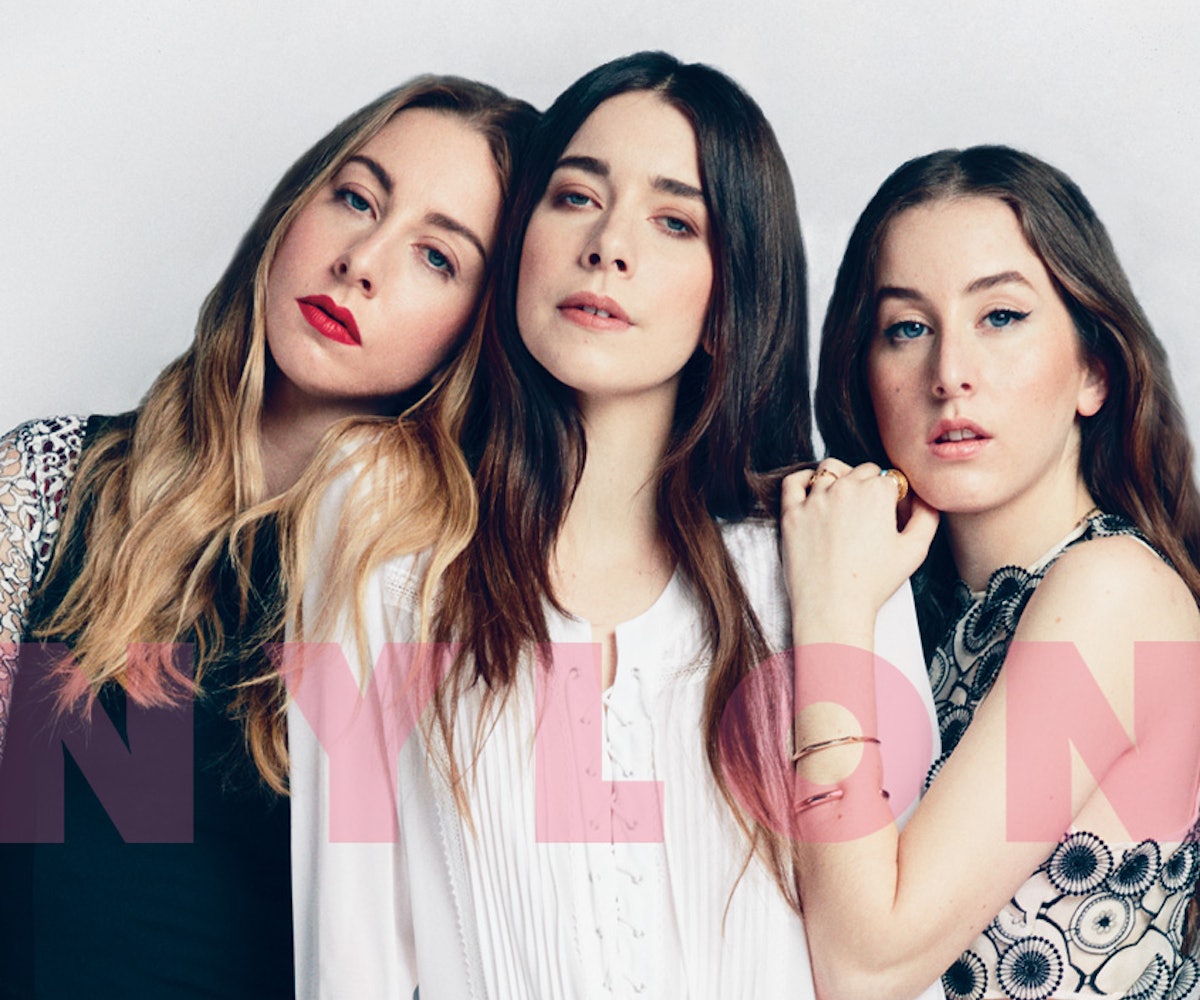 This summer, so many of our favorite bands--Lily Allen, Lykke Li, The Horrors, The Kills, and more--have new albums to unveil and fresh stories to tell. But no group has captured our hearts and minds over the past year quite like Haim, which is why the SoCal sister group consisting of Este, Danielle, and Alana Haim landed on the cover of our annual Music Issue.

They went to brunch and bopped around a farmers' market in L.A.'s Silverlake neighborhood with writer Phoebe Reilly. The June/July issue hits newsstands soon, but while you wait, get an exclusive first look at the girls' photoshoot and a sneak peek at the cover story below!

On words of wisdom from Julian Casablancas:

"On tour, he'd be like, 'So what's the deal with your band?' And I'd be like, 'Honestly, we've been playing L.A. three times a week for years. We never got a great recording.' And he related to that. He's like, 'When I was with The Strokes, we'd go into the studio and we couldn't get that sound, but once we found it, everything took off for us. Maybe stop playing live and get a good recording.' I took every little thing he said to heart, because I was a big fan."--Danielle Haim

On the most unexpected track from Days Are Gone:

"I remember hearing 'My Song 5' for the first time. Danielle started the beat and I was like, 'What the f*** did you smoke last night?'"--Alana Haim

"We were so badly burned by that song. We recorded it five or six times before, and hated it. One little sound can make it so f***** cheesy."--Alana Haim

jacket and pants by stella mccartney, t-shirt by uniqlo, shoes by jimmy choo

on este: shirt by the kooples, pants by uniqlo. on danielle: danielle's own belt, dress by rag & bone, top by carven. on alana: top by jill stuart, skirt by rag & bone, bracelet by cartier

jacket by eachxother, shirt by jill stuart, skirt by kenzo, alana's own shoes

on danielle: shirt by sandro, jeans by wildfox, danielle's own belt. on alana: dress by valentino. on este: sweater by rag & bone, skirt by dries van noten, necklace by vanessa mooney.

jacket by topshop, dress by valentino, shoes by allsaints