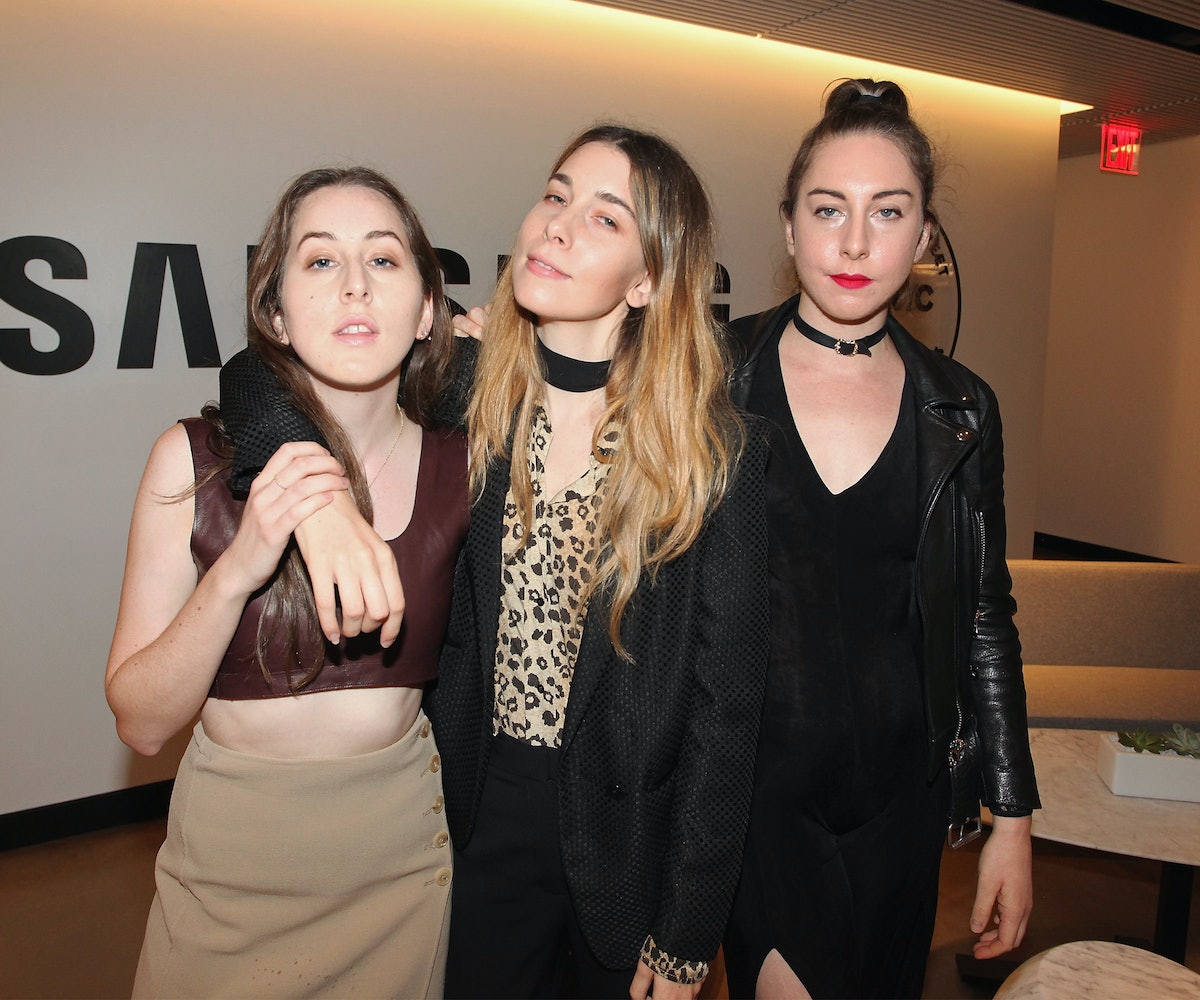 It’s official: There will be new HAIM music on April 27. We were able to figure this out because the band just posted a cryptic-ish video to its Instagram feed, of lead singer Danielle Haim bashing a drum kit like she’s been doing it her whole life. The video, which is one continuous slow zoom in on Haim, ends with the band’s name and the aforementioned date. (It’s worth noting that HAIM, which consists of Danielle and her two sisters Este and Alana, doesn’t have an official drummer and, as such, are joined by Dash Hutton for live shows.) The video was shot in a recording booth, and with Haim wearing a pair of studio headphones, it’s possible, and even likely, that this is the beat to a new single that will drop on that day.

Just last week, HAIM began the marketing push for their highly anticipated sophomore record, the follow-up to their lauded 2013 debut Days Are Gone. Billboards featuring the sisters began popping up in cities like London, Los Angeles, Berlin, and Sydney. The sisters have also said that they wrote the new record in their parents’ living room and hinted that the songs are going to be straightforward rock and roll. “This time we came at it from a more organic, rock standpoint,” Danielle told Rolling Stone last year. “Because when we play live, we realize that ultimately, we're a rock band." Watch the video below.