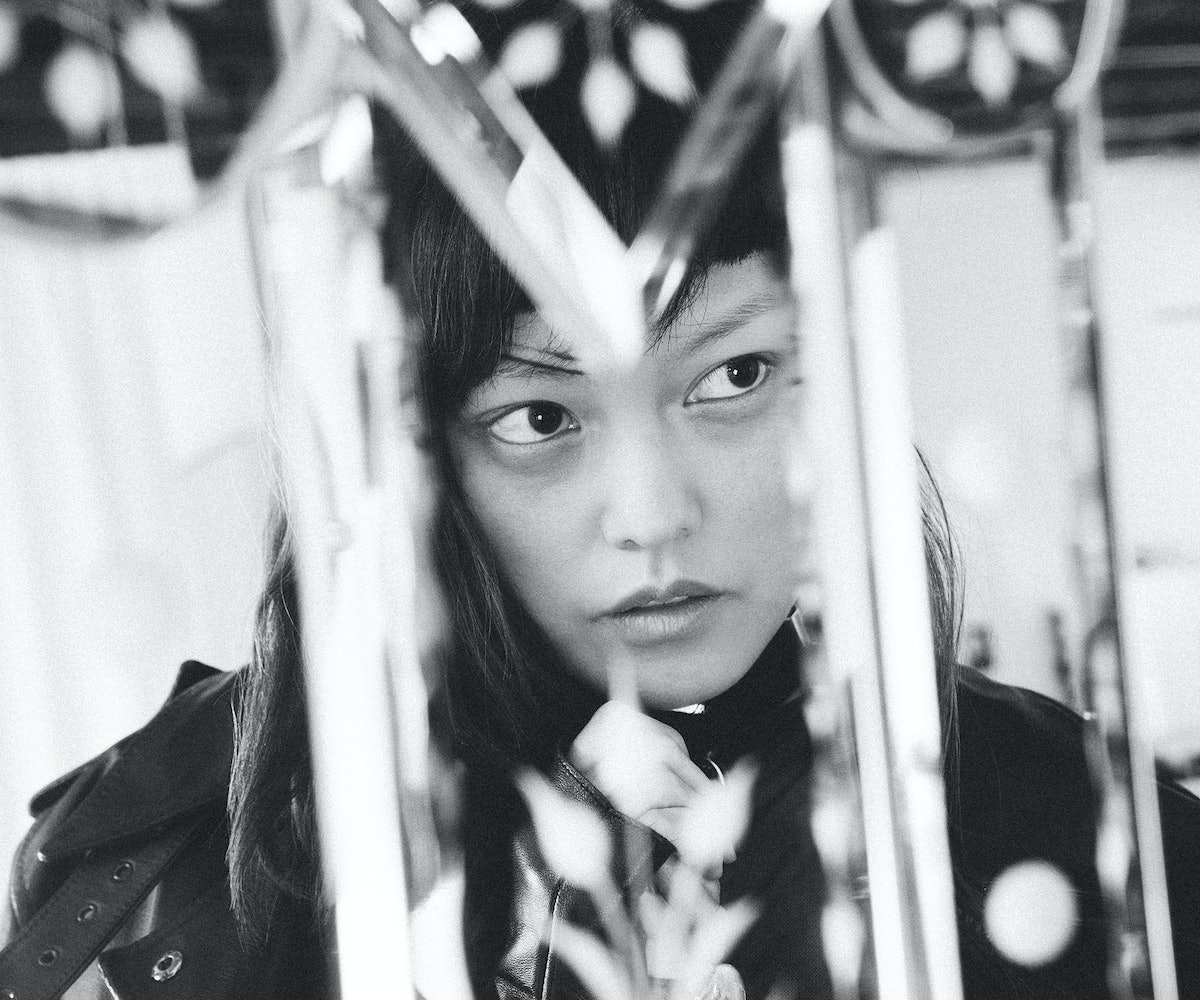 When I walk into the small studio in downtown Los Angeles where Hana Mae Lee’s NYLON photo shoot is happening, she’s wearing a sheer button-up blouse that shows off the skull pasties covering her nipples, and she boldly goes straight in for a hug. It’s the first indication that the 27-year-old is nothing like the character that put her on the pop-culture map: Pitch Perfect and its sequel’s absurdly shy, kooky aca-bitch Lilly. The second is her laugh. It’s big and infectious and punctuates almost everything she says.

When we sit down to chat post-shoot, Lee is quick to point out how different she is from her breakout role. “I liked how quiet and direct Lilly was ’cause I’m so loud and I talk a lot. It was almost meditative,” she says. “I’m like, ask me a question and we’re here for five days.”

She’s changed into a far-less-sheer sweater, black leggings, and a pair of patent croc-embossed Alexander Wang mega-platform lace-up boots. “No way,” I say, when she tells me who designed them. “No, Wang!” she replies, cracking up.

A designer herself, Lee has never shied away from outrageous fashion (Google “cigarette butt hat” for proof from the 2013 MTV Movie Awards). For her label Hanamahn, which means “just one” in Korean, she creates one-off lambskin jackets, hand-knit wool vests, and rings that are like miniature works of art. The L.A. native went to Otis College of Art and Design and designed for both Juicy Couture and Mossimo (even creating a plus-size line for Target under Mossimo), before leaving the industry to focus on entertainment, much to her parents’ chagrin. “I always wanted to do acting, but coming from a Korean background they’re very, ‘No, get a real job! We got on board with you doing fashion and now you want to do what?’” says Lee. But that didn’t stop her.

She was acting in commercials for the likes of Jeep, Verizon Wireless, and EA Games when she landed Pitch Perfect, her first feature film role. And that was just the beginning. This year alone, Lee has four movies slated for release, helping to assuage her parents’ fears: Unleashed, a comedy with Kate Micucci; the McG-directed horror flick The Babysitter (she plays a villain); the road-trip–centered Frat Pack; and Coco, the highly anticipated rap drama starring Azealia Banks, directed by Wu-Tang’s RZA, who’s “really super chill,” she says. “I love it because I got to play a Valley girl but, like, ghetto fab.”

Interesting characters haven’t always been so forthcoming, though. “When I first started acting there were no roles for Asian people,” she says. As a kid in the San Fernando Valley, Lee didn’t think too much about her ethnicity. “I grew up looking up to Drew Barrymore, not Kristi Yamaguchi or whatever. Race was never an issue,” she says. “But in the industry, my first manager was like, ‘Oh, you want to do comedy? Take some new photos, do some ninja shots and some samurai-looking things.’ I was like, ‘Samurai? I’m not even good at ninja stuff. [There are] people really trained in martial arts—I am a yellow belt in tae kwon do, dude. Like, for self defense.’”

Following Lee through our conversation is a bit like tracking a pinball. We cover corporal punishment, penis envy (“I’d be ruling the world!”), playing a badass (Lee was Roxy, one of the Misfits in Jem and the Holograms), and the personalities of her two Bully dogs, ButtMan and Dirty Looks. And she’s got just as much going on in the real world as ideas bouncing around in her head. In addition to nonstop acting, Lee is also writing, channeling her knack for comedy into screenplays and TV pilots. “I want to do so many things, but I get cranky,” she says, tempering her overachieving nature with some old-fashioned self-deprecation. “I feel bad for all my loved ones. They’re like, ‘Oh, this bitch—you are so whiny!’”