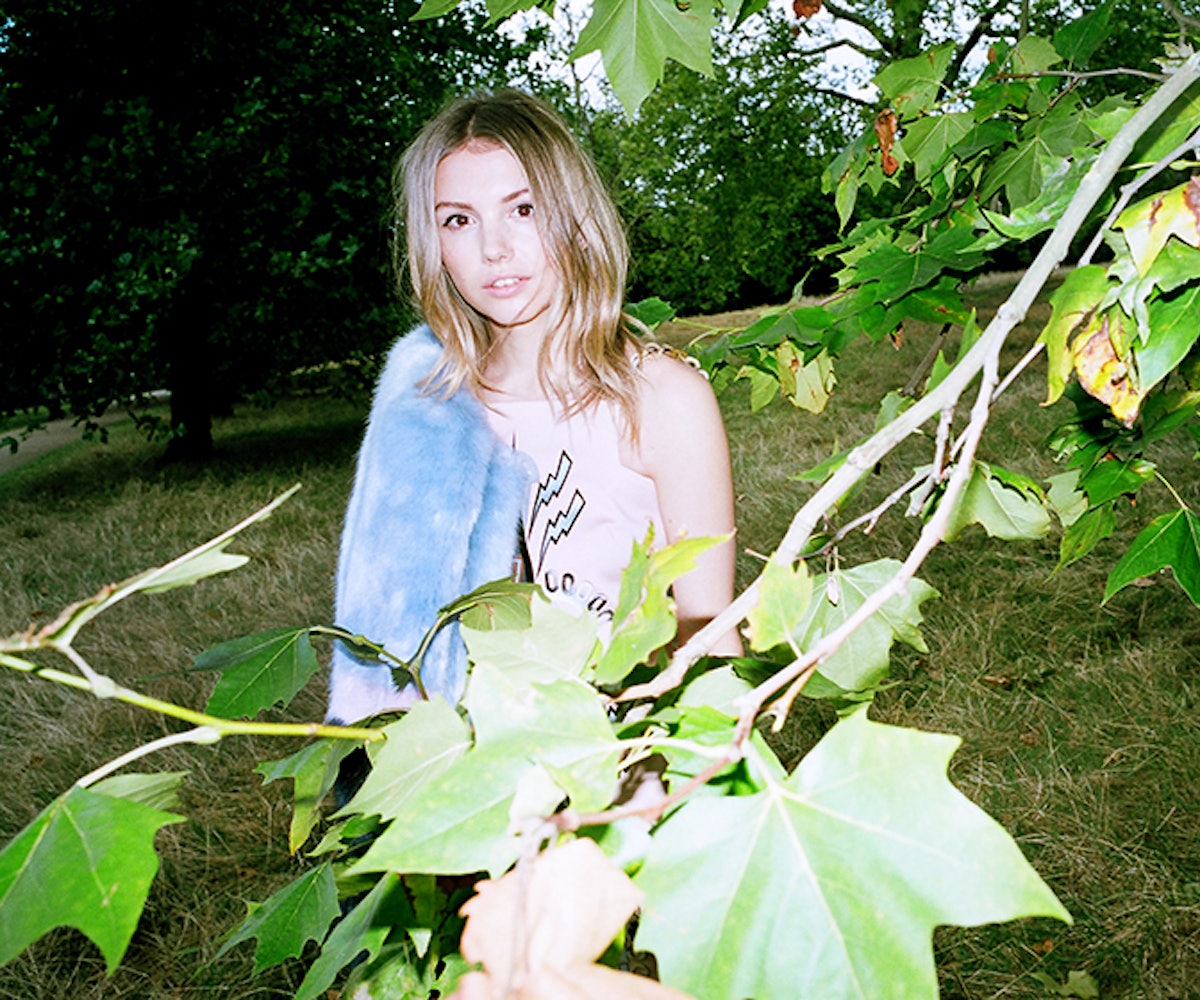 British actress Hannah Murray began her career young, and with all the intensity of a fortysomething Oscar hopeful. “I’m worried I’m not playing the right kinds of roles. Is this what I really should be doing?” she wrote in her diary in grade school. After she turned 11 years old, Murray decided, reluctantly, to be a star. “My friends and I put on a play for our parents, and I was so terrified of performing that I pretended to faint, which in hindsight was an equally dramatic thing to be doing!”

Now, at 25, the actress is adored by millions for her portrayal of Gilly, the young mother who has a baby by her own father, on HBO’s Game of Thrones. These days, the South West London resident is promoting her latest movie, God Help the Girl, a musical film written and directed by Stuart Murdoch of Belle and Sebastian. “I’m realizing, having lived out of a bag for quite a long time, that to have as few possessions as possible is really what I’m into now,” says Murray. “Like, I have three pairs of shoes, which is all anyone needs.”

Fresh-faced with tumbling blonde waves, and dressed in black jeans with a vintage tee, Murray explains her minimalist philosophy: “I wear black, white, navy, and beige. For me, elegance is stripping everything back.”

Murray’s big break came at the age of 16 when she was cast as Cassie, a sweet and eccentric but troubled teenager, in the comedy-drama series Skins. The show took on a cult status and catapulted the cast, which included Nicholas Hoult (X-Men) and Dev Patel (Slumdog Millionaire), to international fame. They all remain like siblings. “We have a WhatsApp group,” she says. While her co-stars were quick to capitalize on their success, Murray took three years off to follow her one true love—literature— to Cambridge University, where she graduated with a degree in English. “I got to sit in rooms with really, really clever people and talk to them about the books that I was interested in, which was the most amazing thing,” she explains. “Part of my wanting to become an actor was about being a reader so in love with various works of literature that I wanted to step into them.”

Everything changed, however, when Hannah became Gilly on Game of Thrones. “I watch it as a fan so it doesn’t surprise me that the show is so popular,” she says with a laugh. “I didn’t know I had been cast in what was to become the biggest TV show in the world. That just feels weird. I forget that I’m in it sometimes.” With new roles flooding in, it looks like Murray won’t be able to forget her celebrity status for too much longer.