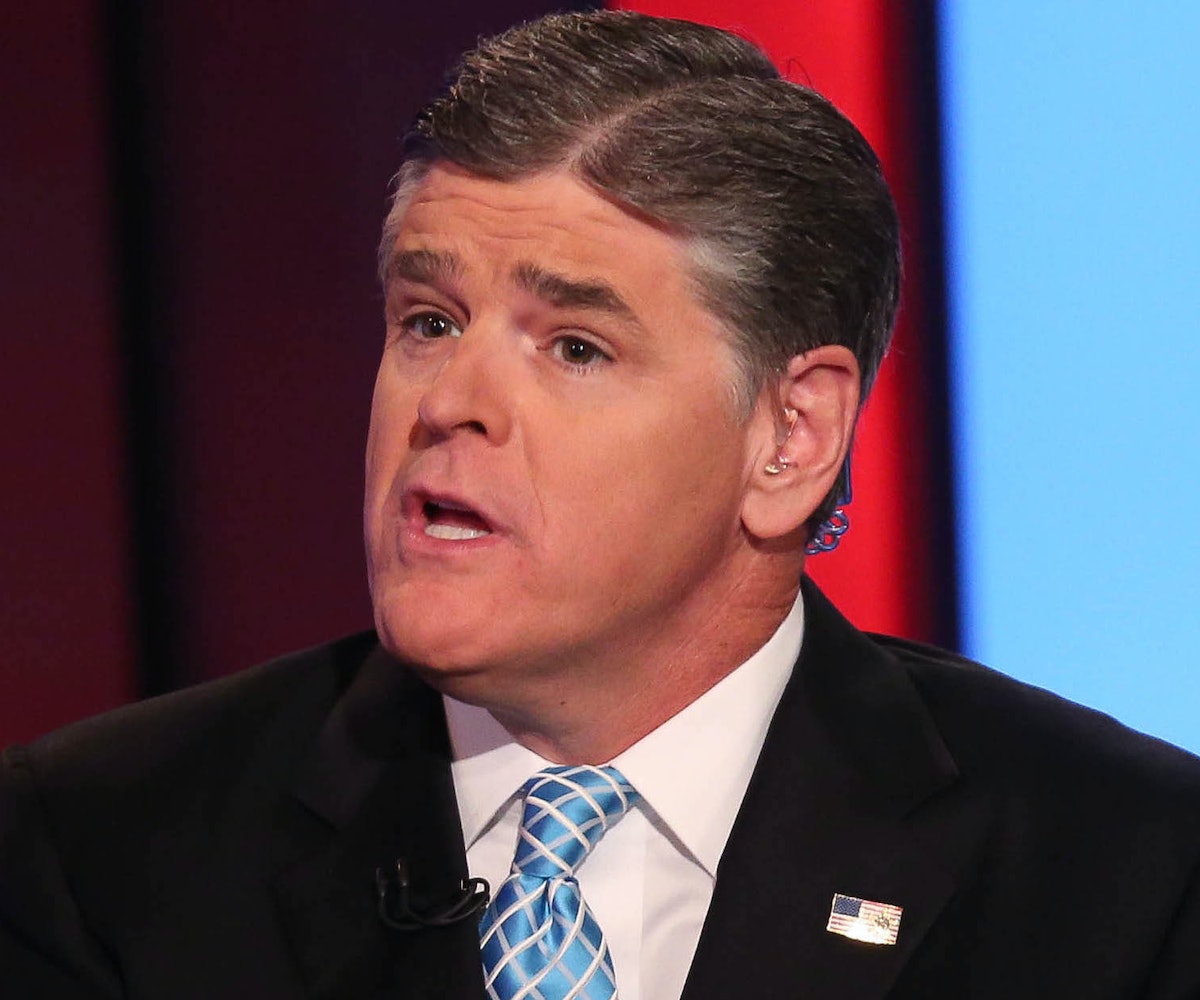 At one of Donald Trump’s self-obsessed campaign rallies last night, Fox News “journalist” Sean Hannity made a surprise appearance onstage to make a few remarks. Turns out, not even Fox condoned this appearance.

Trump invited Hannity on the stage during the Missouri rally, then Hannity, while showering the president with compliments, said that the media present at the rally was “fake news.” He somehow seemed to forget that journalists from Fox News were there to cover it, too. These remarks didn’t go over well with his supervisors, who released a statement condemning this appearance. “Fox News does not condone any talent participating in campaign events,” it said. “We have an extraordinary team of journalists helming our coverage tonight and we are extremely proud of their work. This was an unfortunate distraction and has been addressed.”

But the problem with his appearance at a political campaigning event as a journalist is even more troublesome than his remarks. Many of Hannity’s coworkers found his act of campaigning for the president to muddle the line between news reporting and sheer political punditry even further. An anonymous employee told CNN Business that Hannity’s approach—in general and during the rally—"continues to make the task of the news side all that much harder.” Hannity and many other Fox News hosts have basically become unofficial spokespeople for the Trump White House, and Hannity even advises the president, but this breach was considered by most to have crossed the line.

Hannity himself is not owning up to the fact that his act of campaigning as a so-called journalist showed the clear bias of Fox News' reporting. The Trump team had promoted Hannity’s appearance at the rally prior to the event, but Hannity himself insisted that he would only be at the site of the event to anchor his show and to interview the president. He said in a statement on Twitter that he was not told he would be taking the stage, and that when Trump invited him up, he was “surprised, yet honored.” He also wrote that his "fake news" remark was not intended for his own company (just every other publication, apparently).

As of now, no action has been taken against Hannity by Fox News.