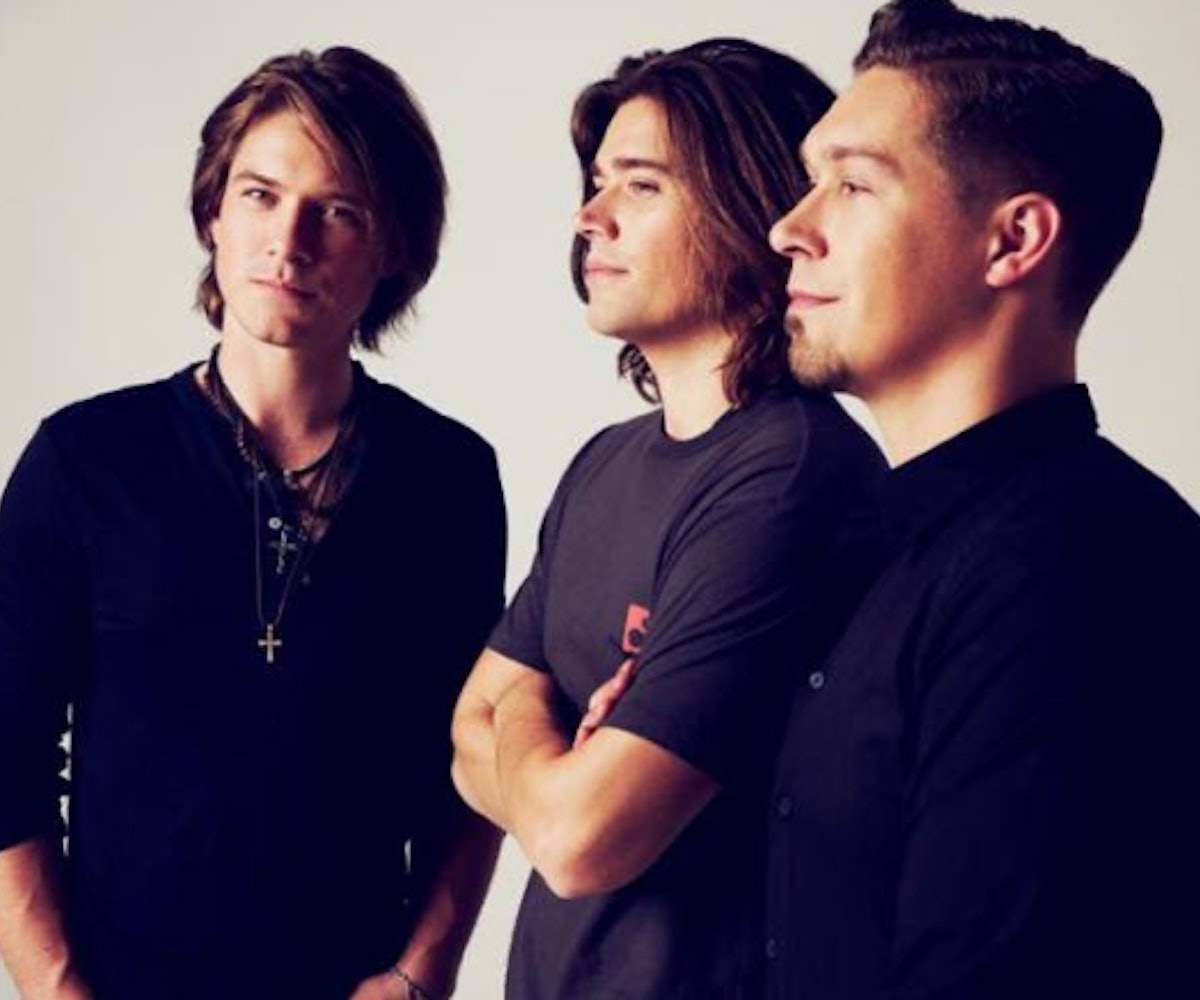 Last week, Hanson’s debut album, Middle of Nowhere, turned 20, which is easily the most important birthday of 2017.

That’s because, despite their current ties to wayback playbacks and old-school DJ nights, Hanson have been consistently creating music since the mid-'90s. Lest we forget that the brothers dropped Boomerang in 1995, delivered a compilation album at the end of last year, and palled around with Tegan and Sara last week (on top of releasing live, original, and compilation records every few years). Ultimately, Hanson have transcended the idea of boy bands as we know them. Even though they don’t (and didn’t) have to, because boy bands aren’t a bad thing.

“Boy band” has been used as a pejorative since pop music birthed the first one as fans were painted with the same tired and boring brush. To outsiders of a particular subculture, fans couldn’t just enjoy music or bask in the excitement of seeing an act they loved. So, as a means of dismissing that experience, they were quickly looked down on and judged by adults who’d lost touch with their own ability to sincerely love a group or act.

Which was ironic, since, without fans, young male pop groups like Hanson or the Backstreet Boys or even One Direction would never have exploded. Without the screaming young women in the audience at the Ed Sullivan Theater, The Beatles’ impact on America would’ve been largely toned down. Without the fans who filled arenas to see New Kids on the Block in the '80s, “The Right Stuff” would’ve been just the title of a (very good) 1983 film. And without Hanson’s existing fan base, Middle of Nowhere’s anniversary would be merely a reminder of how old we’ve all gotten—and not a testament to the fact that a career spanning decades is a massive feat. (Which is more massive still when you remember that they haven’t gone anywhere.)

The thing is, Hanson is a testament to how outdated the concept of a boy band is, and not just because Taylor, Zac, and Isaac are grown-ass men with children. Genre aside, they’re just three brothers who perform in the same act and write original music while playing their own instruments. Had they and their fan base been a little older (or come of age in 2017, when genre is a fair distance from demographic), the trio would’ve been categorized as a band, and that’s it. But thanks to their own ages and the ages of their fans, they were categorized among the acts who courted the same audiences, and that created the boy band umbrella of the '90s.

Around the same time Middle of Nowhere was released, if you were a guy who made music that younger girls liked, you were in a boy band by default. And because the decade was unique in boasting so many male acts who aggressively sang about their feelings, any group associated with that time became forever rooted in nostalgia. And that’s why Backstreet Boys, *NSYNC, Boyzone, Take That, and O-Town (plus more—so many more) seem to celebrate their legacies with throwback photos, reunions, and Las Vegas residencies. Hanson, however—regardless of how many covers of “MMMBop” they deliver—never really have. Unlike their contemporaries, they’ve continued to release new music and to evolve as artists. Which further exempts them from the '90s boy band norm.

But that said, it’s a disservice to dismiss any act under the guise of a being boy band or not. True, Hanson is arguably much more of a traditional band, but the differences between them and their choreographed brethren do not negate the lasting effects either had on their audiences. To millions of people, Hanson (and BSB and *NSYNC) made a huge impact. And while one group used instruments and the other used dance moves, it’s still unfair to infer that either is more important or less than.

Which is what the “boy band” label tends to do. When we call Hanson a boy band, we stunt them because “boy band” also connotes there’s a shelf life. Add to this the fact that boy bands are largely affiliated with younger female audiences (as if that’s a bad thing), and the group’s credibility is limited to being a flash in the pop pan. And that isn’t the case. Hanson’s survived more than 20 years in the industry, and that’s a big deal.

Just like boy bands. Because while it’s easy for grown-ups or critics without an imagination to sweep an act under the rug based on what they themselves don’t understand; namely that music would be bleak as hell without boy band pioneers like The Beatles, The Jackson 5, Wham!, Boyz II Men, and One Direction. Or, as I think we can just call them, “bands.”