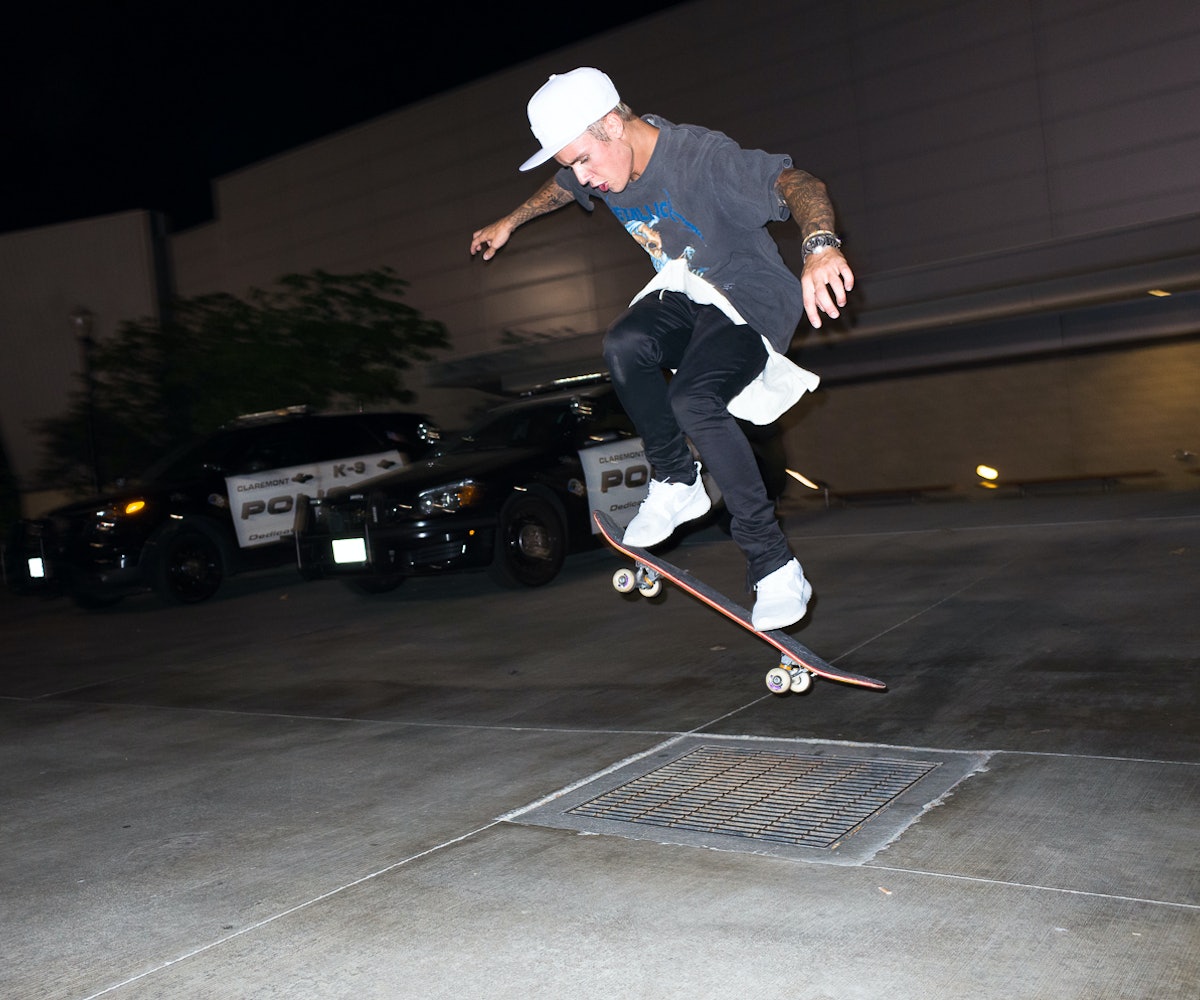 If you felt Los Angeles rumble over the weekend, it wasn't The Big One. Instead, it was the 2015 edition of HARD Summer, the annual gathering of music's biggest beat makers and masters, from the worlds of electro, dance, and hip-hop. This year's festival featured headlining sets by The Weeknd and Jack Ü, the latter of whom interrupted Justin Bieber's backstage skateboarding to bring him on stage and perform their megahit, "Where Are U Now?" Smaller but no less rowdier sets by white hot acts like Fetty Wap, DJ Mustard, Die Antwoord, and many more kept the crowd dancing through the sweltering heat, while our crafty photographer Myles Pettengill maneuvered through the chaos backstage—and in some cases in front of it—to shoot this slick portfolio of some of Hard Summer's best and brashest artists.