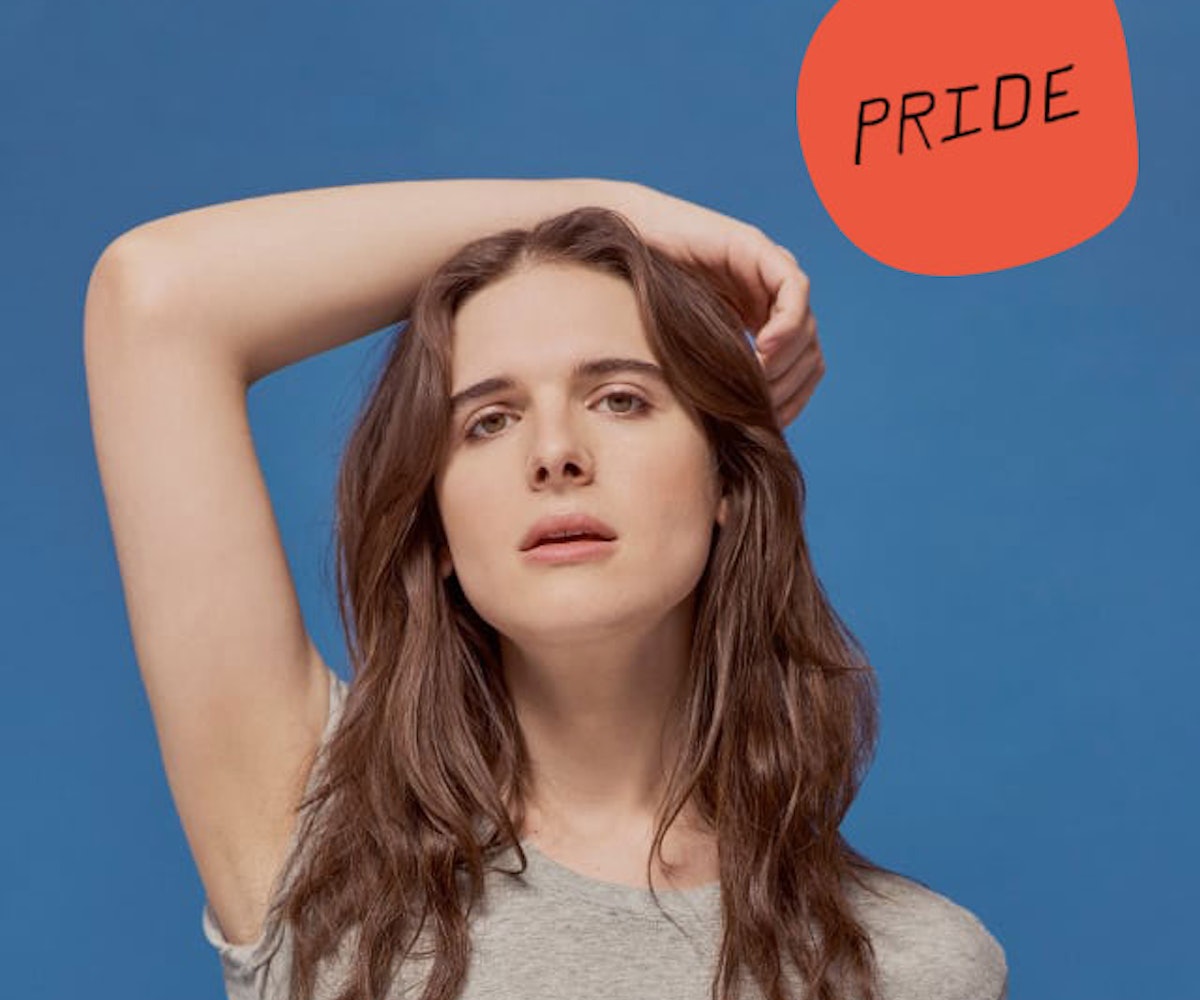 After successfully raising $170,000 for the ACLU and Equality Now, organizations from its former 100% Human and International Women’s Day collections, the latest aims to raise $100,000 for the Human Rights Campaign, donating $5 from each purchase to the organization. Rainbow-emblazoned styles of unisex tees, tanks, sweatshirts, and totes are now available, ranging between $18 and $50. Additionally, a limited-edition 100% Human pin is free with purchase, while supplies last.

The fact that Everlane’s efforts serve more than just to recognize and celebrate—and will make an actual difference—is so important, especially at a time when other retailers push out rainbow-themed gear solely to drive up their own sales, something that Nef points out on her Instagram. “Pride month can be a weird time rife with mixed messages and corporate pinkwashing, but I think the only way to do it right is to use corporate platforms and production resources to move funds in the direction of the folds who need the most help!” she wrote. “Allyship isn’t just about celebrating folks who are different from you: it’s about sharing—always, always, always. In case y’all forgot!”

Nef also mentioned that the tees are super-soft, “like a baby’s butt,” so we’re even more sold than we already were.

You can shop the full collection now on Everlane.com. Check out the full campaign, below, and read more about the initiatives here.