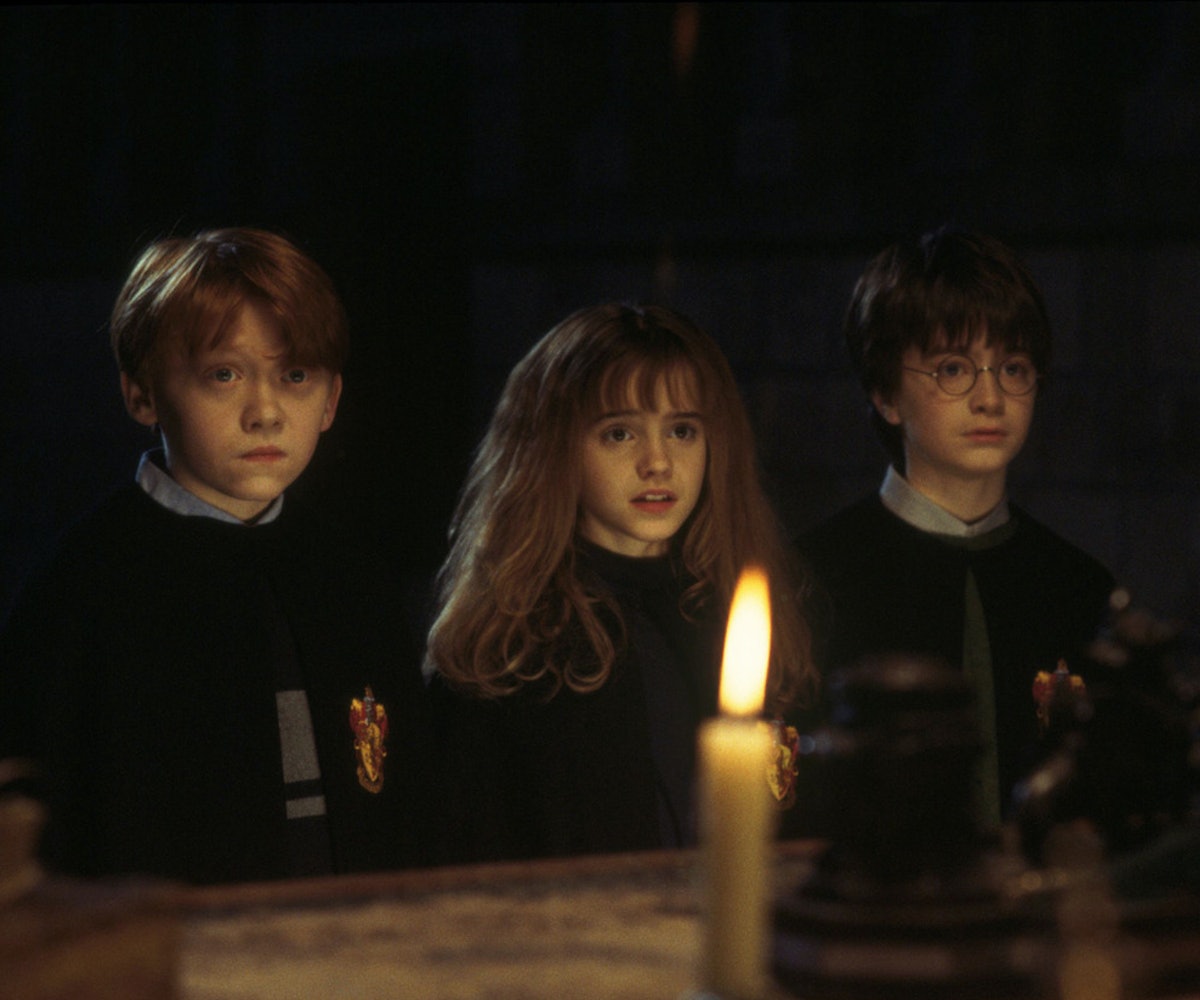 The game, now available for download, is filled with highly inappropriate Harry Potter references. Players are dealt cards with Harry Potter-themed obscenities, which are paired with fill-in-the-blank statements to create X-rated narratives.

One of the sample cards reads: "After months of practicing magic, I think I'm finally ready for..." A potential ending for that sentence is, "Having to explain to Madam Pomfrey why you used engorgio on your d**k." Another example is, "I overdosed on Felix Felicis and found..." along with the answer, "The basilisk in my pants."

NEXT UP
Beauty
No One Does #PamCore Beauty Better Than Pamela Anderson, Herself
Astrology
How to Use Astrology to Access Past Lives
Entertainment
Boygenius, LCD Soundsystem & Steve Lacy Are Headlining A Summer Concert Series
Beauty
Dua Lipa’s ’90s Updo Is Hair Inspo For Your Next Night Out
Style + Culture, delivered straight to your inbox.