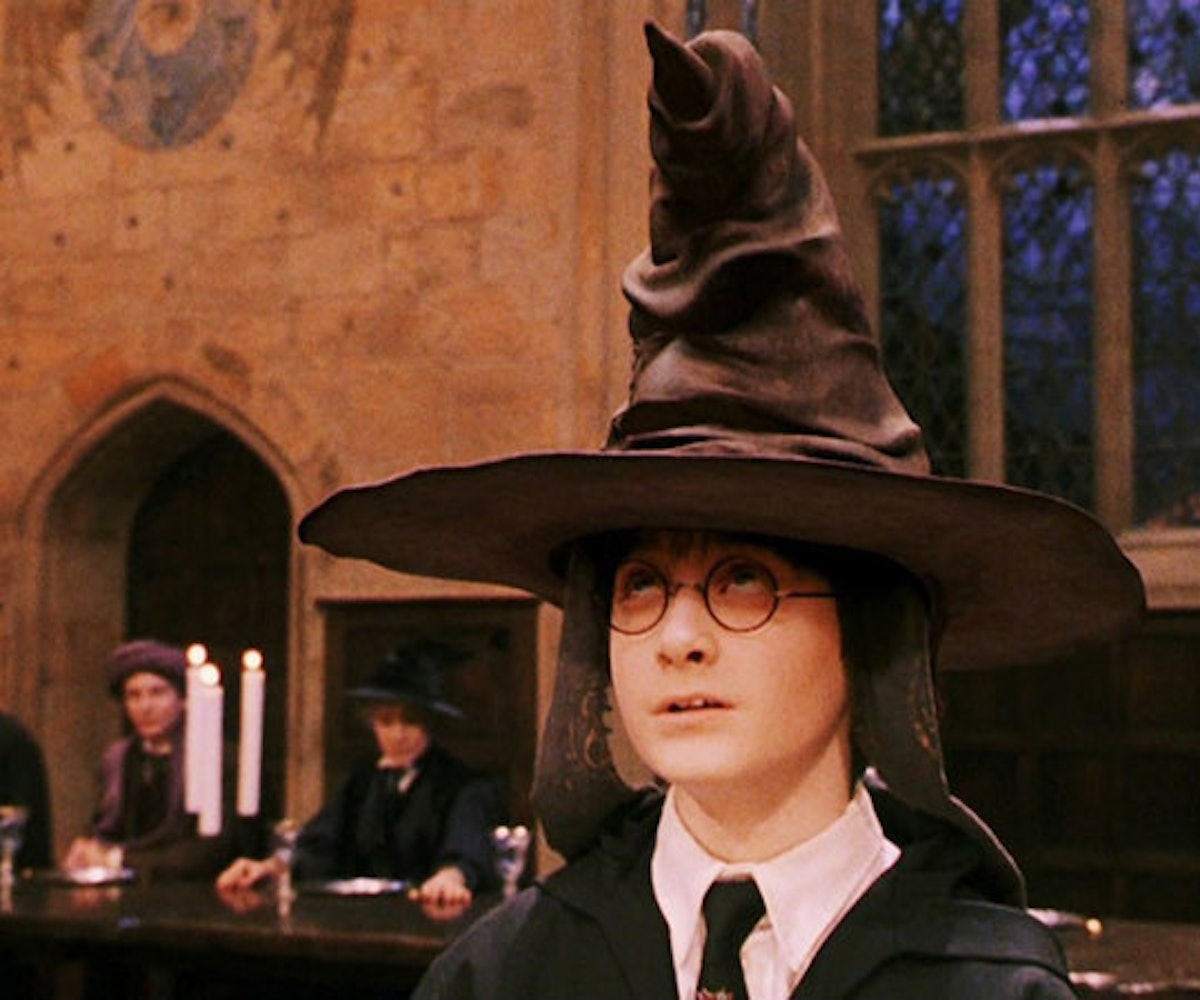 Happy September 1! It's that special time of the season when all the budding witches and wizards board the Hogwarts Express at Platform 9 3/4 for yet another year of magical d-r-a-m-a and fantasy. This year just so happens to mark the year Albus Severus Potter, the son of Harry Potter and Ginny Weasley, becomes a first-year student, and the internet is celebrating that. (J.K. Rowling's impact is truly magical.)

Why let the fictional characters have all the fun, though? A little imagination is healthy for the mind, and TIME Magazine provided just that. They sorted half a million Americans into Hogwarts houses. Call it a census of magical proportions.

Turns out, America is made up of mostly Ravenclaws and Hufflepuffs. Through a series of personality questions asking folks to gauge how likely they'd be to, say, use manipulation to get their way, and basic questions, like age, location, and gender identity, TIME found Slytherins tend to skew toward the younger end of the spectrum. (We guess, with age comes the realization that you, yourself, are not the center of the world.) Men, too, are more likely to be sorted into Gryffindor and Slytherin, whereas more women fell into the Hufflepuff and Ravenclaw houses. What's more, New England is home to more Ravenclaws, and you're more likely to run into a Slytherin in the South than you are on the West Coast.

You can read TIME's full results here. If you're wondering what house you'd be sorted into, head here. While you're at it, you may as well double check your personality and take the official Pottermore quiz. This writer here was sorted into the same house both times. (What's good, Ravenclaws?) Happy new Hogwarts year!