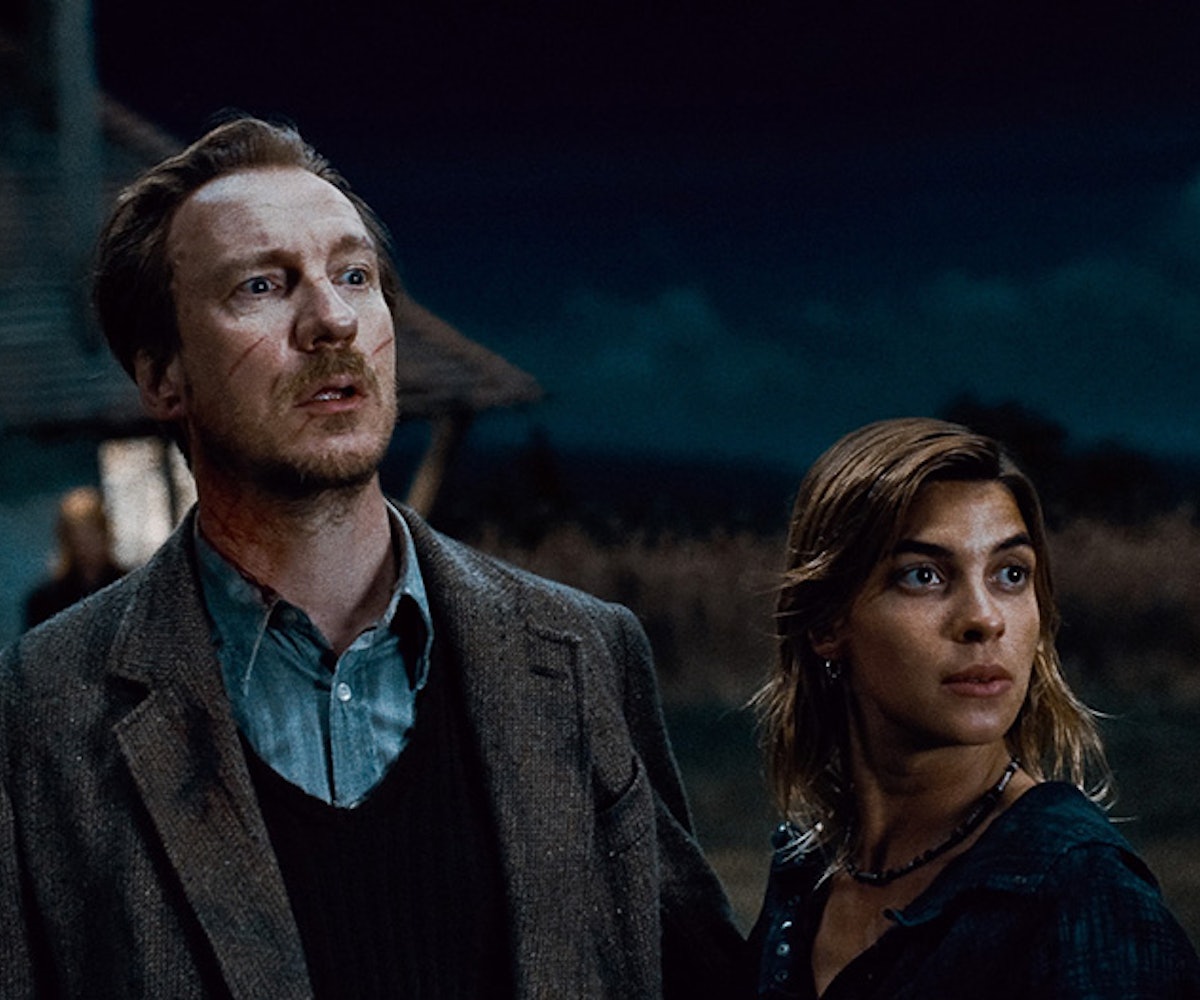 A decade has nearly passed since the Battle of Hogwarts tore through the magical school of witchcraft and wizardry. May 2, 1998, marked a new dawn for the world of Harry Potter, and sadly, an end for others. Not everyone survived the battle, and that fact haunts author J.K. Rowling to this day.

This year, Rowling has taken to Twitter to express how hard it was to kill Remus Lupin. (She did the same thing last year when she apologized for killing Fred Weasley.) "Once again, it's the anniversary of the Battle of Hogwarts so, as promised, I shall [apologize] for a death," she wrote in a series of tweets. "This year: Remus Lupin." For the sake of "total honesty," Rowling explained that she never intended for Lupin to die, but that fact changed when she was writing the fifth novel in the Harry Potter series, The Order of the Phoenix. "Arthur lived, so Lupin had to die," Rowling continued. "I'm sorry. I didn't enjoy doing it. The only time my editor ever saw me cry was over the fate of Teddy." As part of the plot, Arthur Weasley, Ron's father, was attacked by Lord Voldemort's snake. As Rowling stated, Lupin died because Weasley, another core protector of Harry's, survived. Teddy is Lupin and his wife, Nymphadora Tonks', child.

What's interesting is that Rowling didn't mention Tonks' death in her Lupin tweets. (She was murdered by Bellatrix Lestrange.) Perhaps she'll touch on it next year since she has vowed to apologize for a death on each Battle of Hogwarts anniversary. For now, a moment of silence for Remus Lupin.

NEXT UP
Entertainment
Florence Pugh Is A Gothic Nurse In Eerie 'The Wonder' Trailer
Life
NYLON Daily Newsletter: October 6, 2022
Life
Pamela Anderson To Release "Unfiltered" Memoir, 'Love, Pamela'
Life
Read An Exclusive Excerpt From I’ve Had To Think Up A Way To Survive: On Trauma, Persistence, and Dolly Parton