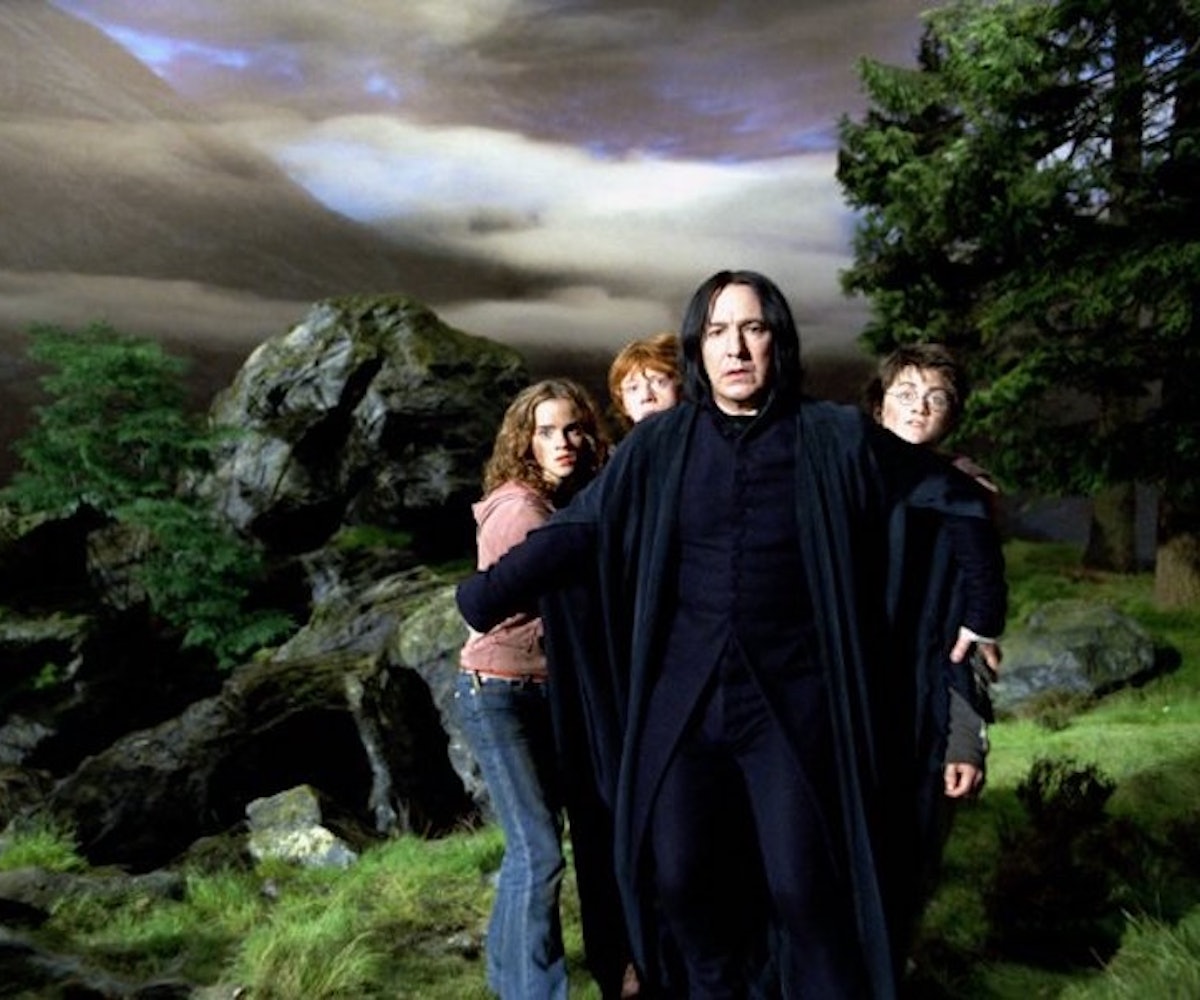 This morning, Alan Rickman's family confirmed that the actor, who had been battling cancer, passed away at the age of 69. News of Rickman's death stunned fans of the British actor and director, who immediately took to social media to share an outpouring of love and appreciation for his work and talent.

Though Rickman's impact could certainly be felt from afar, as anyone who sat in a theater and watched him perform could attest to, we imagine the news is particularly devastating to those who were fortunate to collaborate and learn from him. This morning, his Harry Potter family—because, to them and to us, they are a supportive, loving family—are paying tribute to the late actor, who shaped the series with his portrayal of Severus Snape, and sharing just how incredible a man he was. Ahead, see how stars of the franchise are remembering the man who, in Daniel Radcliffe's words, was "one of the loyalest and most supportive people I've ever met in the film industry."

I'm very sad to hear about Alan today. I feel so lucky to have worked and spent time with such a special man and actor. I'll really miss our conversations. RIP Alan. We love you

We are deeply saddened to hear of the passing of our beloved Alan Rickman who played Professor Severus Snape. Harry Potter fans will miss him very much. He was a wonderful actor and a very dear friend.

"Alan was my friend and so this is hard to write because I have just kissed him goodbye," the actress wrote in Newsweek. "What I remember most in this moment of painful leave-taking is his humor, intelligence, wisdom and kindness. His capacity to fell you with a look or lift you with a word. The intransigence which made him the great artist he was—his ineffable and cynical wit, the clarity with which he saw most things, including me, and the fact that he never spared me the view. I learned a lot from him.

He was the finest of actors and directors. I couldn’t wait to see what he was going to do with his face next. I consider myself hugely privileged to have worked with him so many times and to have been directed by him.

He was the ultimate ally. In life, art and politics. I trusted him absolutely.

He was, above all things, a rare and unique human being and we shall not see his like again."

Alan. The energy shifted every time you walked onto set. You were an inspiration to us all. RIP

NEXT UP
Beauty
Harry Styles’ Beauty Brand Is Dropping Their First Makeup Collection This Week
Life
Chloë Grace Moretz Spoke Out Against 'Family Guy' Meme Mocking Her Body
Life
NYLON Newsletter: October 3, 2022
Life
Read An Exclusive Excerpt From I’ve Had To Think Up A Way To Survive: On Trauma, Persistence, and Dolly Parton