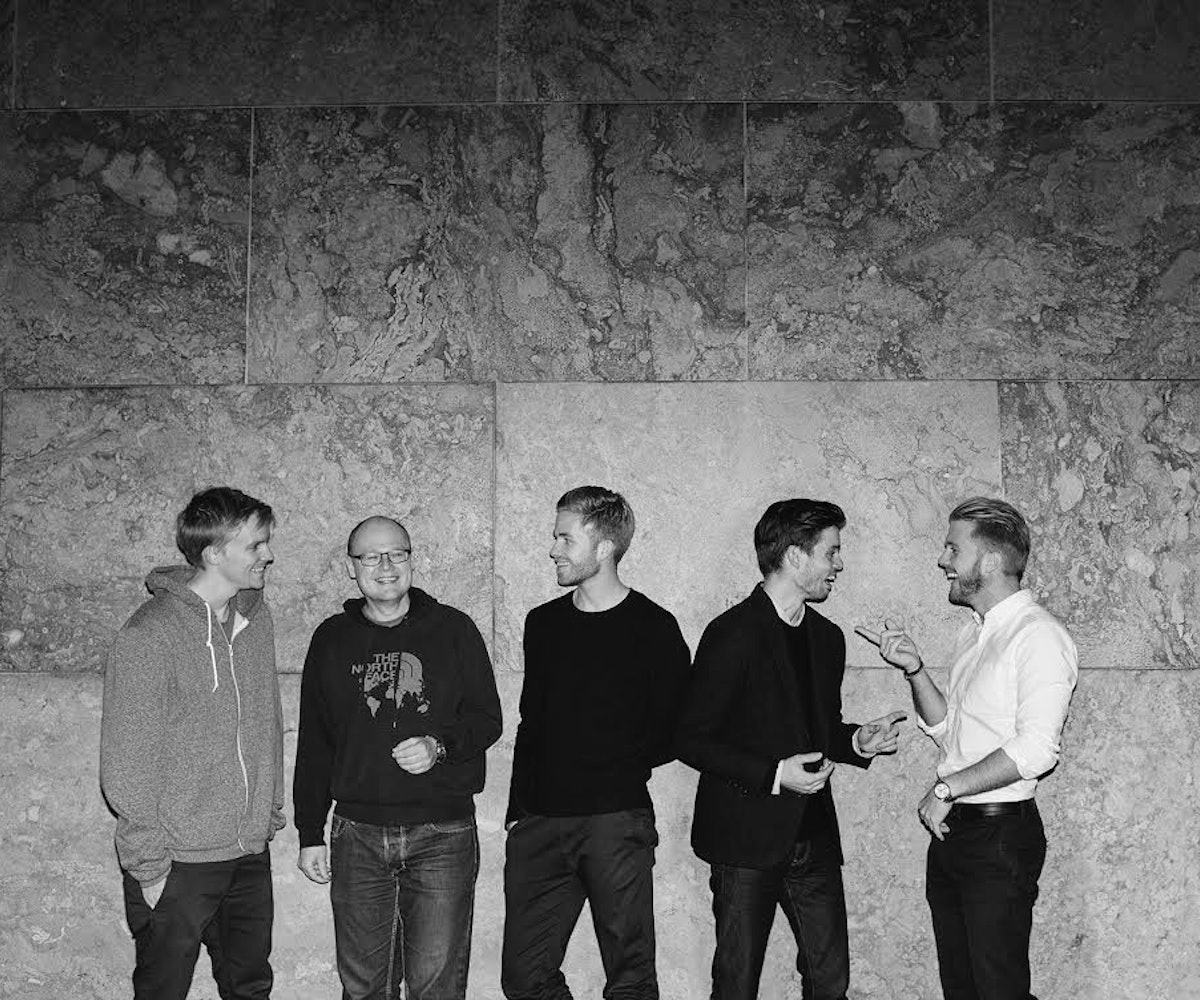 A new social app designed by a group of young Danish entrepreneurs aims to change the way we get together, hangout, and even throw a party. Their creation, Heaps, is a social interaction tool that organizes groups of friends to meet with other groups of friends in the vicinity. If it’s Taco Tuesday and your pals are over scarfing asada, you can check into Heaps and discover other crews grabbing margs in your area. Or when the lights go up after last call, Heaps users can offer up intel on an after party and invite other groups to joing them. Want to play croquet and drink rose with strangers? Heaps is the connector.

Since its launch in August, the app quickly built a following in the team’s hometown of Copenhagen, earning 40,000 users in just three months. In a city of a half million people, that means 10 percent of residents were on Heaps, an enviable growth rate for any company. The app grew bigger, launching in all of Denmark. Suddenly, a hobby project, built by this skeleton crew of 25 year-old university students, became a real business on the precipice of great opportunity. So in February, part of the team quit their jobs, left school, and headed to California, hoping to bring their creation to America.

“In Denmark, there’s a saying: ‘How do you eat an elephant?’” says Heaps Chief Marketing Officer, Frederik Bjerager Christiansen on a warm afternoon at the West Hollywood beer bar, Surly Goat. “You eat it one small piece at a time. We said that we wanted to conquer all of America, and that would be our elephant. Then we tried to figure out which part of America would be the smallest piece that made sense. We basically broke it down to California.”

Two weeks ago, they took the first bite of the elephant, launching their app at a party at the University of Southern California, where Christiansen says almost 1300 partiers showed up, resulting in 2000 downloads of their app in the following days. “[We thought] L.A. might actually be the best place to start out, especially when looking at our key demographic being young people between 18 to 25. Almost 300,000 students are here. And if you get the right people to talk about it there, then [everyone] will start talking about it.”

Los Angeles’ sizable market share isn’t the only reason the Heaps team settled there. Europe has no equivalent to Silicon Valley, and Heaps financial officer Kristoffer Juhl says California’s openness to experimentation and innovation was a driving factor for he and Christiansen to move here. “The scene in Denmark—there are companies there, but no one dares to take the big risk because money isn’t as loose out here. Basically, you can come up with an app that says ‘yo’ and then the day after, you get a million dollars in funding. That’s ridiculous. The scene is not like that in Denmark. Looking at the history of social apps like ours, it’s a one-direction game. They all come from over here mainly from the San Francisco area and then they hit Europe. No one goes the other way around, so we were like ‘Let’s try this at least.’”

Heaps has yet to be funded, but Christiansen says with the response so far in California, they’re optimistic. After all, he says, Heaps taps into an elemental need. “I think it’s a human desire to meet new people, and the most natural way of meeting new people is with your friends. When you’re with your best friends and you meet up with a different group, you’re not really afraid because worst case is, ‘I’m with my best friends, I’m having a good time.’ If they’re not interesting, nothing’s going to happen with that, we’ll just stick to ourselves.”

Heaps is less pressure than a one-on-one Tinder date with someone who could secretly be a sociopath. With Heaps, you’ve got friends to back you up, and more options for natural interactions that could lead to a date or two. Juhl says that the majority of users are women, and whenever he presents the product to colleges, he even announces: “We’re here to save you from Tinder.”

Heaps began where most great ideas emerge: sitting on the couch drinking beers. It was a Tuesday night, and Christiansen and some pals saw a group of girls on the street from their apartment window. “We were like, ‘How are we going to get their attention?”

Then, Christiansen says, the lightbulb went off: “[Heaps co-founder] Niels [Hangaard] called me the next day and said, ‘Why wouldn’t you just have a platform where instead of the dating aspect like Tinder, you just have an app that kind of does what Tinder does, but for parties and for groups where you could literally just scan through an entire area and see where would another group of people would be that would be up for doing something like casual beers or whatever?’”

Seven months later, after many late-night brainstorming sessions with developers Jens Grud and Kim Hemsø, Heaps was born. “We are the type of guys, like millions out there, that constantly talk about ideas, like ‘Okay this would be awesome, that would be awesome,’” Juhl says, “but this is the first time that we actually sat down and did something about it. And that is such a magnificent feeling.”

Now Juhl and Christensen are traveling from college to college, evangelizing for their app. But as attention surrounding Heaps grows—a Vice documentary on them is in the works—Christiansen says they keep grounded by focusing on one thing: ”We’re only doing this as long as it makes sense and as long as we have fun with it, and we can actually sit down at the end of the day and have a beer and say, ‘Okay, this is pretty fun.’”

NEXT UP
The Art Issue 2022
Instagram Didn’t Kill Party Photography. It Just Made It Evolve.
Culture
Spotify Wrapped Is The Only Social Media That Doesn’t Lie
The Art Issue 2022
From Renaissance To Gemini Rights: The Stories Behind 2022's Best Album Covers
Life
NYLON Daily Newsletter: December 2, 2022