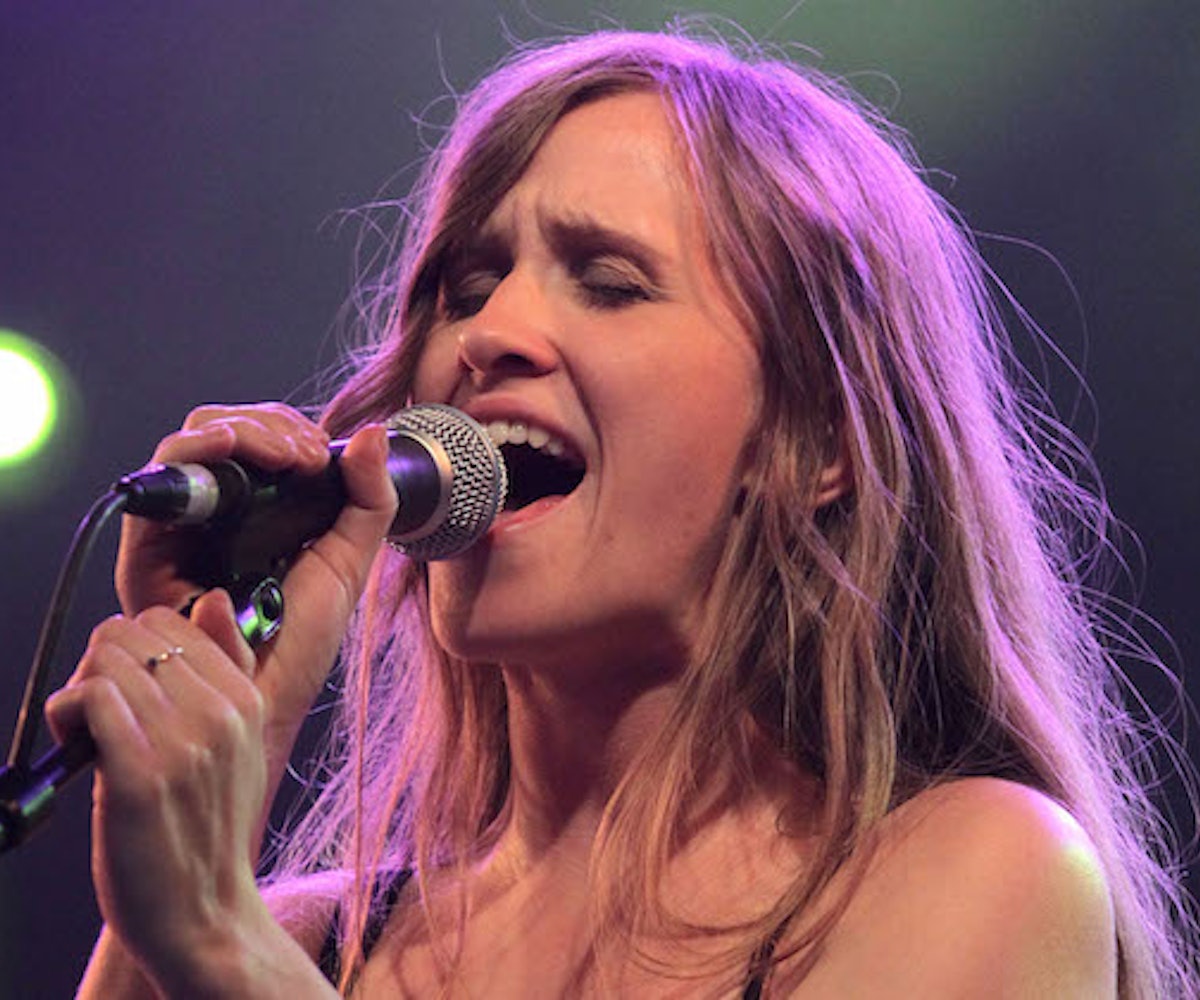 Yesterday, Amber Coffman of the beloved and respected Brooklyn-based group The Dirty Projectors took to Twitter to share a series of sexual harassment allegations directed at publicist Heathcliff Berru of Life or Death PR and Management, an influential firm in the indie music scene. While the tweets address sexism within the music industry as a whole, they center around one interaction with Berru. Currently, Berru's roster of artists include Cloud Nothings, DIIV, Mac Miller, Tyler The Creator, Wavves, Wu-Tang Clan, Earl Sweatshirt, Kilo Kish, and many, many others.

The specifics of the interaction, as reported by Coffman, are worrying enough that we cannot share them without a trigger warming. We present them without comment below.

Subsequent to these tweets, musicians and insiders from the scene have responded with a mix of support and similar stories about Berru. Music publicist Beth Martinez of Danger Village PR detailed a perhaps even more alarming account of an interaction with Berru. Again, be aware that the specifics here could be troubling to those with sensitivities.

As Martinez tweeted these claims, Coffman responded, offering her understanding and support. Martinez ended her tweets with, "people like that prey on the base weaknesses in humans. So they go after people on drugs, etc because they're easy targets."

Among the many who have offered words of support and encouragement through what has become an extended and spiraling Twitter conversation was Bethany Cosentino of Best Coast.

Today, Coffman relates that she woke up, read her Twitter page, and posted this.

As of now, Coffman's Twitter page has become a site for sharing support as well as perspectives on sexism in the indie music scene and stories about Berru. As well, Sky Ferreira, a former Life or Death artist who is in a long-term relationship with another Life or Death artist—Zachary Cole Smith of DIIV—has now followed Coffman on Twitter.

While all the claims against Berru have yet to be substantiated, the postings and the discussion around them have already well transcended this specific instance and grown into a larger, illuminating conversation about the scene and how even this apparently progressive space is frequently not a safe one for women.

As for Berru, himself, he has not updated his Twitter account since Saturday and has not yet responded to our request for comment. Full disclosure, NYLON has worked with Berru in his capacity as a publicist for artists in the past (as many, many other publications have).

We will update you as this story changes. We are in the process of reaching out to artists and professionals in the scene including those on Life or Death's roster. Judy Miller Silverman, Berru's former employer at Motormouth PR, has been in touch and suggested she may have a comment to share.

UPDATE 2/19/2015 6:00PM: As we've read on Fader, Berru has stepped down from Life or Death (this after some artists chucked the company). Here is the statement annoucing the move from Life or Death's president Nick Dierl in its entirety.

Life or Death has a zero tolerance policy for the type of conduct alleged in today’s on-line postings. We take these allegations very seriously.

The men and women who make up this company do not, and will not, condone or tolerate any conduct described in the on-line postings. Life Or Death is 3 men and 3 women who are committed to promoting art and serving the clients that we're so privileged to represent. We are taking measures to ensure that the alleged behavior did not, and will not, make its way into company operations or impact our commitment to promoting art and assisting our clients.

We are grateful to Heathcliff Berru for all the work he's done to date and his creative vision at the company. We appreciate and support his decision to step down as CEO of Life Or Death.

UPDATE 1/19/2016 6:45PM: A professional in the industry—who wishes to remain anonymous—shared this story with us:

“I had an experience with him after a Wu-Tang show that was not favorable. I could have been roofied, because we were all hanging out and next thing I know, I woke up with him in bed next to me with no recollection of the night.”

Berru has released this statement claiming responsibility, citing substance abuse as a contributing motivation behind his actions, and reporting that he will going into rehab:

There have been several reports about my alleged inappropriate behavior which deserve a response. I am deeply sorry for those who I have offended by my actions and how I have made certain women feel. If I crossed the line of decency or respectfulness in situations when I was drunk and under the influence, there is no excuse of course. To be clear, while my conduct may have been inappropriate, I have never drugged anyone or engaged in that type of behavior. Nevertheless, I do not want to be the type of person who would let drugs or alcohol take command of his life and compromise how he treats people. Yet I have been this person and it’s time to put a stop to all of this. Create a world with one less inappropriate man.

I have been fighting a losing battle against drugs and alcohol for many years and will be checking into a rehabilitation facility in the hope that I can improve my chances of winning that fight. A year ago, I was confronted by a peer and began to try to clean up and make things right with therapy and with an eye towards quitting the addiction. The shame and sadness feels as strong now as it did then and I am making an immediate change.

I have already lost my wife, abandoned my family, and destroyed those I love as a result of my shameful, embarrassing, unacceptable behavior. I deeply apologize to them as well. By no means do they deserve to feel the pain of my actions. Please give them the space they deserve. They were the light at the end of a dark tunnel. I was married during some of these years and hid my problems from everyone well. Especially her and her family. Totally inexcusable.

In no way do these allegations reflect on Life or Death PR, its staff, or anyone associated with the company. These are my issues, not theirs. I could not be more proud of the company and what it stands for. That being said I have stepped down as the CEO and relinquishing all responsibility to the current president, Nick Dierl. The company shouldn’t have to deal with this distraction and I want Nick and the rest of the team to continue to do their good work while I take care of myself.

In the meantime, you can visit Brooklyn Magazine for updates on who else has left Life or Death, statements of support for those Berru harassed, and a defense of Berru from Killer Mike.