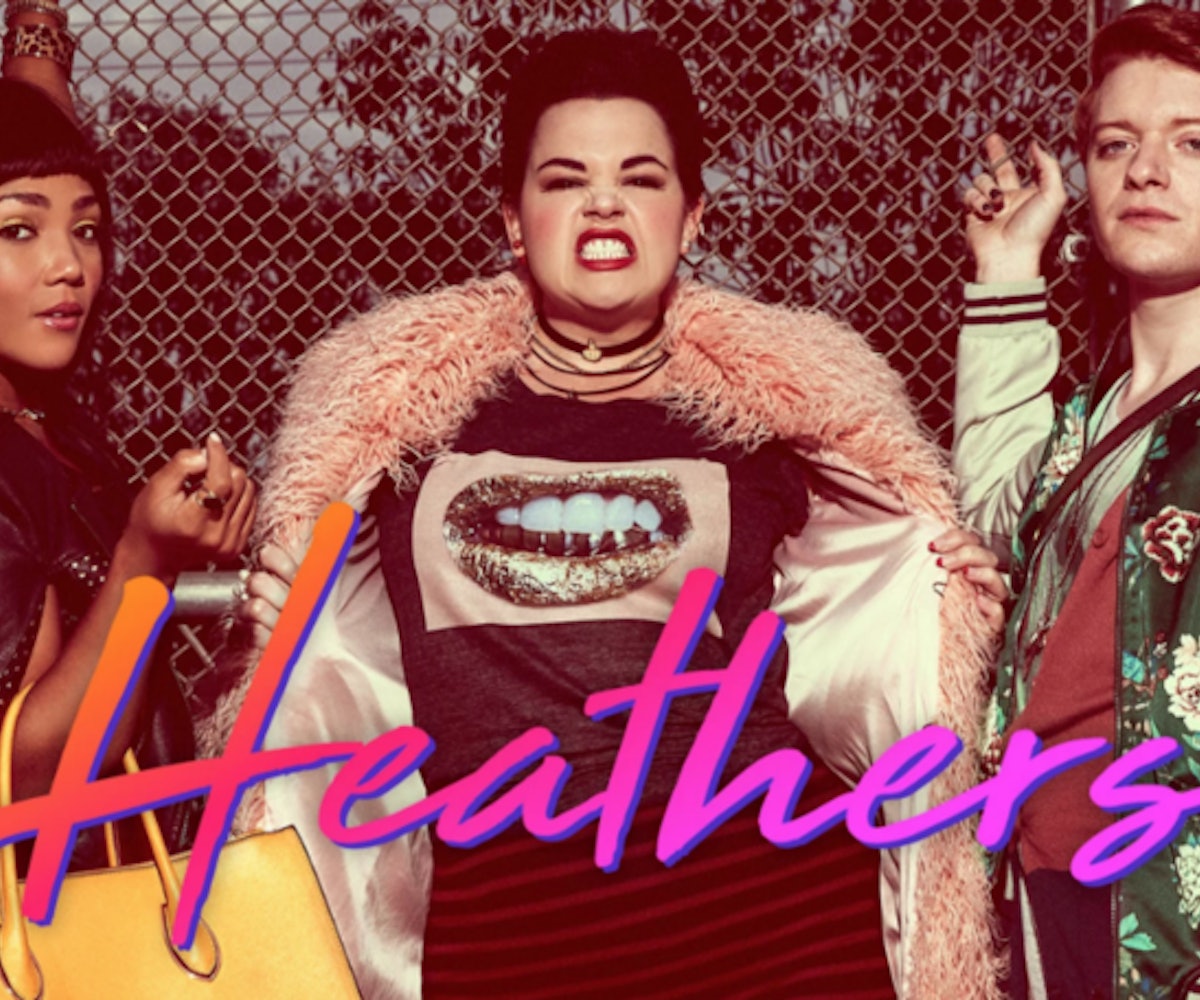 During last night’s Video Music Awards broadcast, MTV ran a promo for the upcoming TV adaptation of the cult classic Heathers. You’d be forgiven for thinking this remake is MTV’s latest foray into scripted series since it has all the hallmarks of one of the network’s teen-skewed shows. But instead, this long-awaited show will be premiering on something called the Paramount Network, which is taking over the dude-centric Spike TV.

The 1988 version of Heathers starred Winona Ryder as a squeaky clean high schooler who teams up with an outcast, played by Christian Slater, to take down a clique of mean girls led by Shannen Doherty. This new version has Grace Victoria Cox in the Ryder and James Scully in the Slater roles, respectively, but the biggest change here is the look of the titular clique. As you can see in the trailer, these aren’t your stereotypical popular girls. The queen bee (Melanie Field), in a refreshing move, is a plus-sized rebel, while the other leaders are made of a male who identifies as gender-queer (Brendan Scannell) and a woman of color (Jasmine Mathews). The trailer includes the classic line from the original movie, “Fuck me gently with a chainsaw,” which means the show will be sticking with its R-rated, pitch-black roots. This Heathers is also a 10-episode anthology series, which means the next season, if there is one, will feature a brand-new cast of characters. Check it out when it premieres early next year and watch the trailer, below.