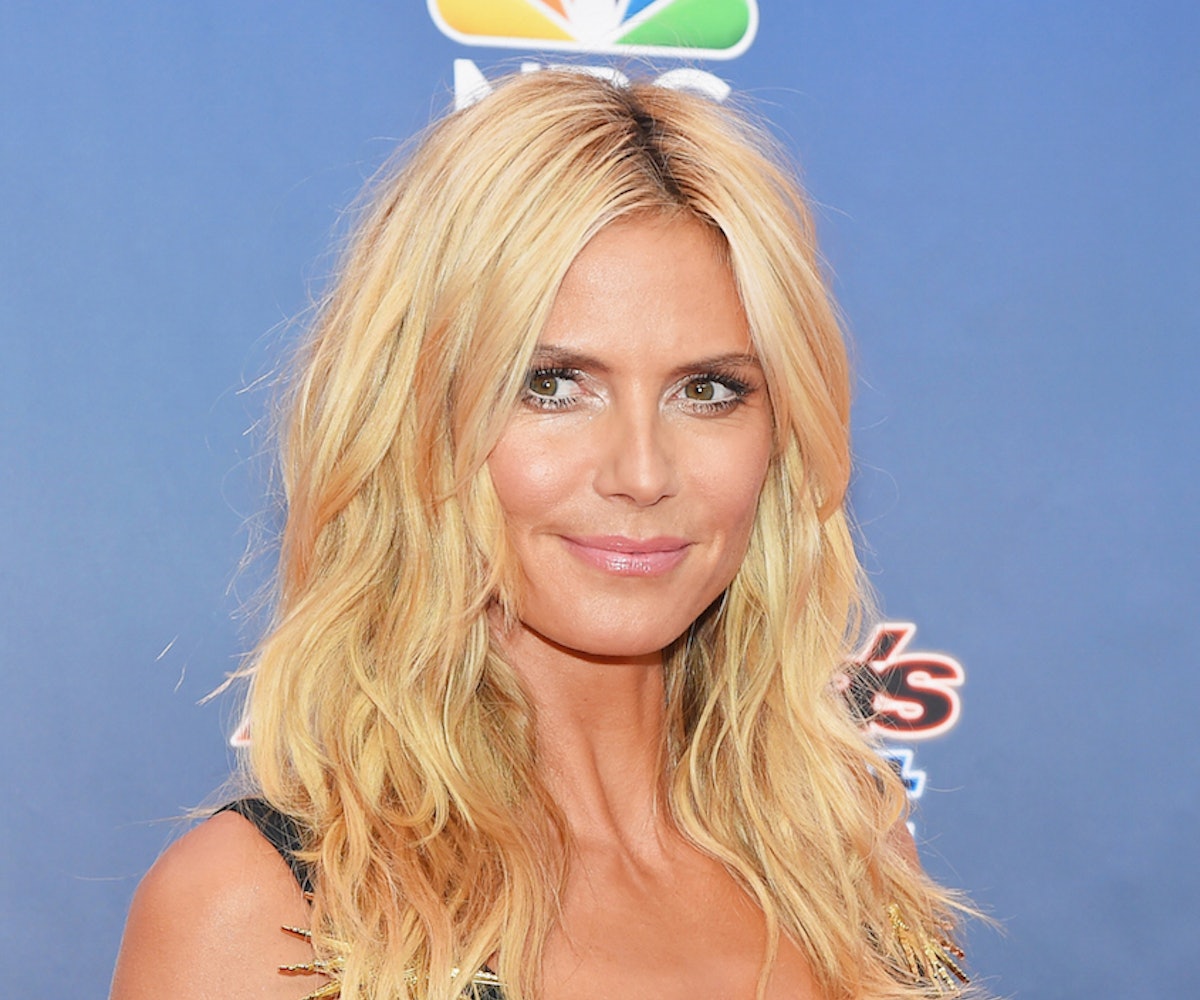 By now, we're not surprised by the things that come out of Donald Trump's mouth so much as we are disgusted. So when the billionaire made the ridiculous statement that "sadly, Heidi Klum is no longer a 10," we collectively smacked their foreheads and sighed at the man's sheer ignorance.

Klum, on the other hand, had a much funnier and more good-natured reaction to Trump's comments. The supermodel (who is still very much a 10, even in a horrible world where a rating system is used to judge women) took to Twitter to share her a short video of her response. In the 12-second clip, Klum stands in front of a camera and model with a sign on her chest that reads "10"—until someone with a Donald Trump mask sneaks up and rips off the sign to reveal another sign that reads "9.99." Klum lets out a loud, mock gasp before shrugging as if to say, "Who cares?"

It's a simple video, but absolutely drives the point home. All we can say is #heiditrumpstrump.