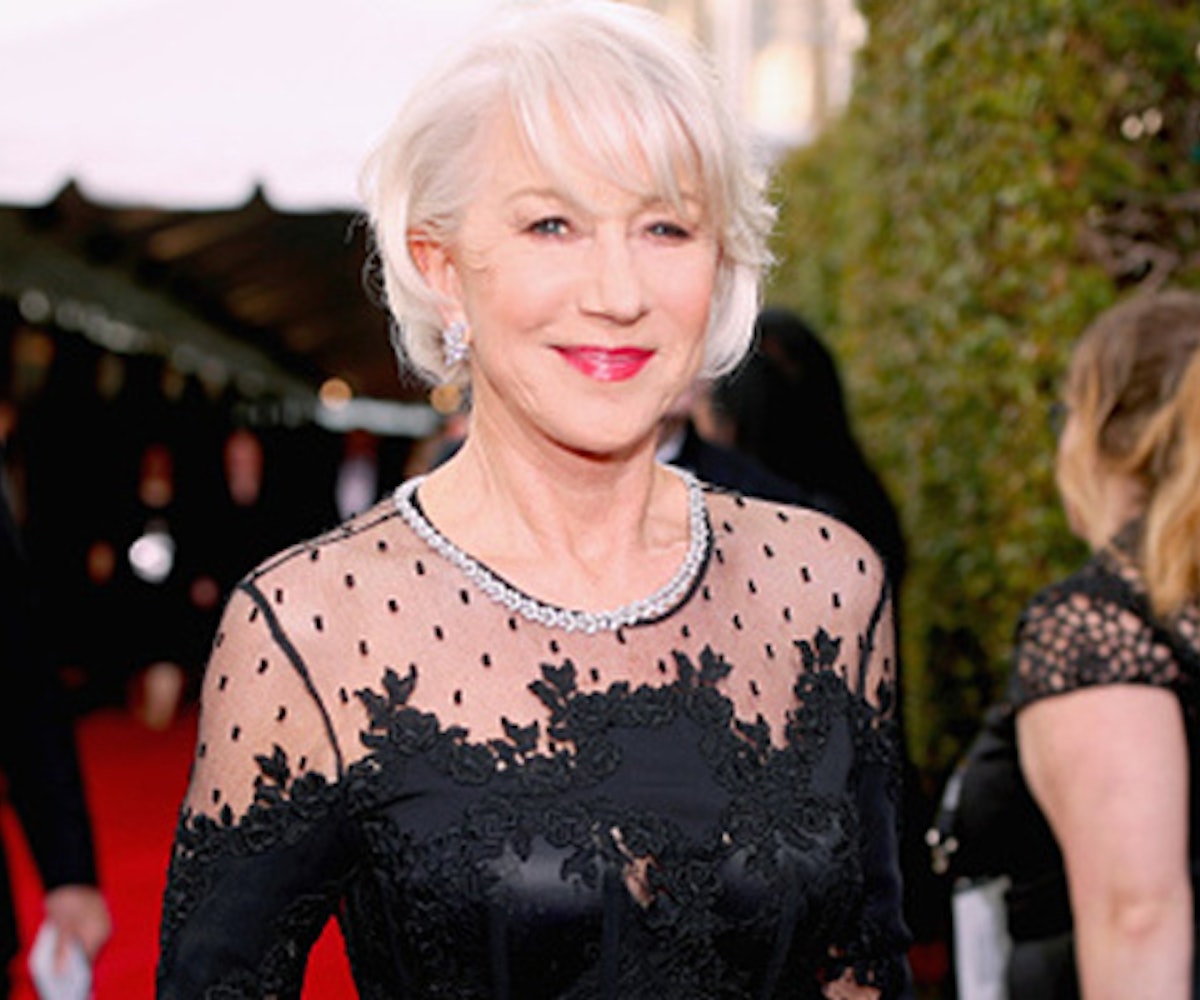 Helen Mirren told Sunday Today that when she was younger, men were exposing themselves to her weekly. "When I was in between 16 and 23, 24—men would expose themselves to me often, I would say about once a week," the Academy Award-winning actress said, "on the subway, on the tube, on the bus, walking down a road and it was like, ‘Ugh.’”

Ugh, indeed. Unfortunately for women living in cities like New York, where seeing a penis on the subway isn't that rare, an unsolicited dick a week doesn't sound that far-fetched—but that's what's messed up.

"It’s not like you’re gonna go, ‘Oh my god, that’s the most beautiful thing I’ve ever seen,'" Mirren said. "It’s the opposite. It’s horror.”

Mirren did say, however, that she's never experienced any sexual harassment in Hollywood. She attributes that to being "too old," compared to the younger women actors Hollywood executives are usually interested in.

While that's not 100 percent accurate—women in their 30s are harassed all the time—it's at least good to hear a woman say that she hasn't been harassed in her industry.

And hopefully, movements like #MeToo and Time's Up are paving the way for the next generation of women grow up in a world where they only see a stranger's penis when they choose to.

NEXT UP
Entertainment
Chloe's "Pray It Away" & 9 Other New Songs Out This Week
Culture
Phoebe Dynevor Will Not Return for Bridgerton Season 3
Beauty
Megan Fox Is Completely Transformed By A New Blonde Bob
Culture
11 Must-Read February 2023 Books
Style + Culture, delivered straight to your inbox.