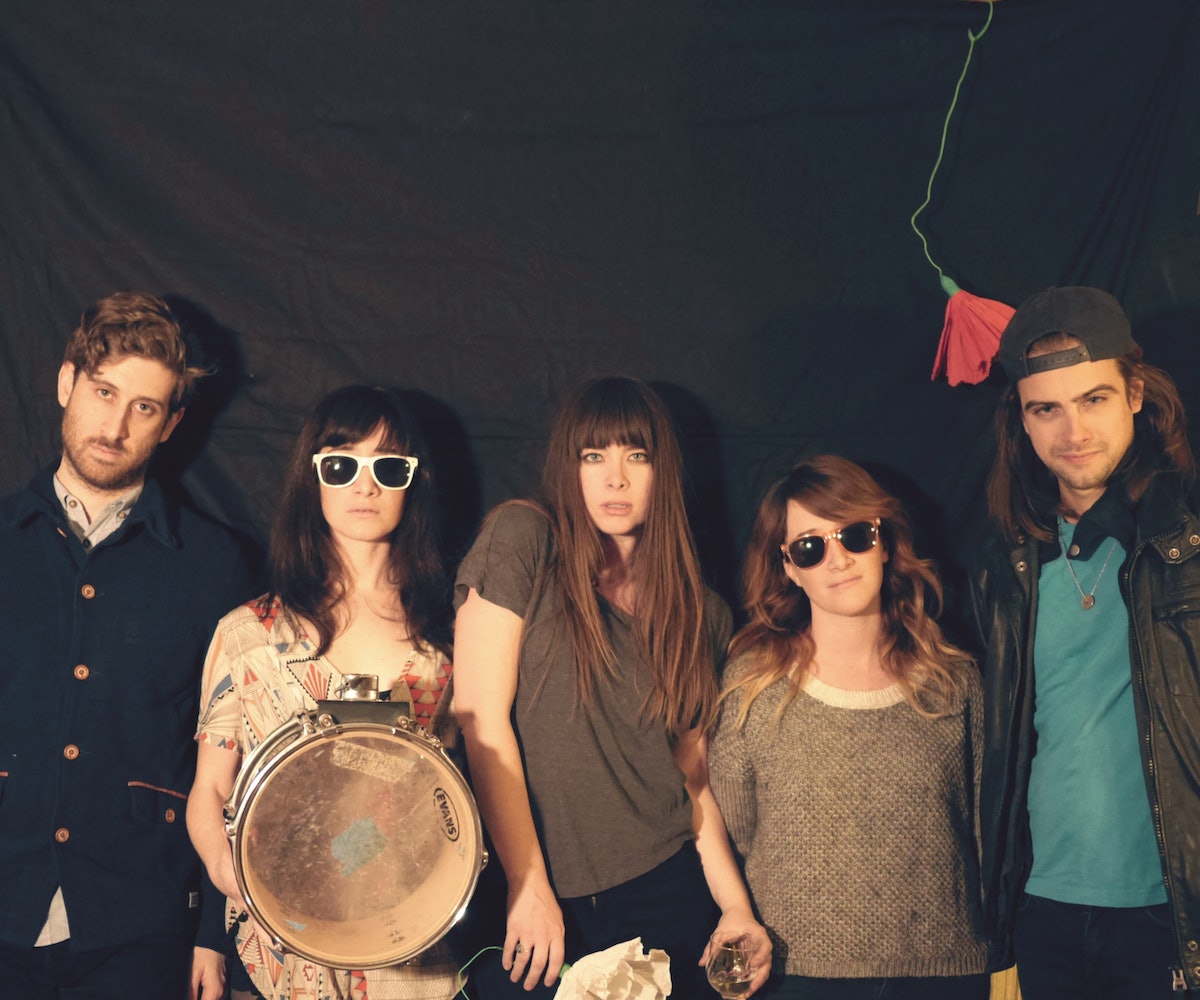 New Jersey/Brooklyn-based band Hey Anna is something of a well-kept secret—but we have a feeling the group’s insiders-only fan-base is about to grow, and quickly. On the heels of a tour in Japan, Hey Anna is putting the finishing touches on their first full-length album, which features the kind of upbeat indie-pop you’ll want to dance around your room to. Think Feist meets Camera Obscura meets that feeling when it's finally warm enough to go outside without a jacket.

With clear-as-a-bell vocals, swirling, catchy choruses, and the kind of flawless harmonies that come from having sisters on vocals (three sisters, to be exact), Hey Anna is the sunny, feel-good band we’ve been waiting all winter to find.

Check out the exclusive premiere of “Island,” off the upcoming Run Koko, below.

NEXT UP
Entertainment
Maneskin's "Supermodel" & 9 Other New Songs Out This Week
Entertainment
Go Backstage With Twice At Their 2022 Los Angeles Stadium Debut
Entertainment
Panic! At The Disco Appear To Be Planning A Comeback
Entertainment
The 5 Must-Listen Tracks From Kendrick Lamar's 'Mr. Morale & The Big Steppers'