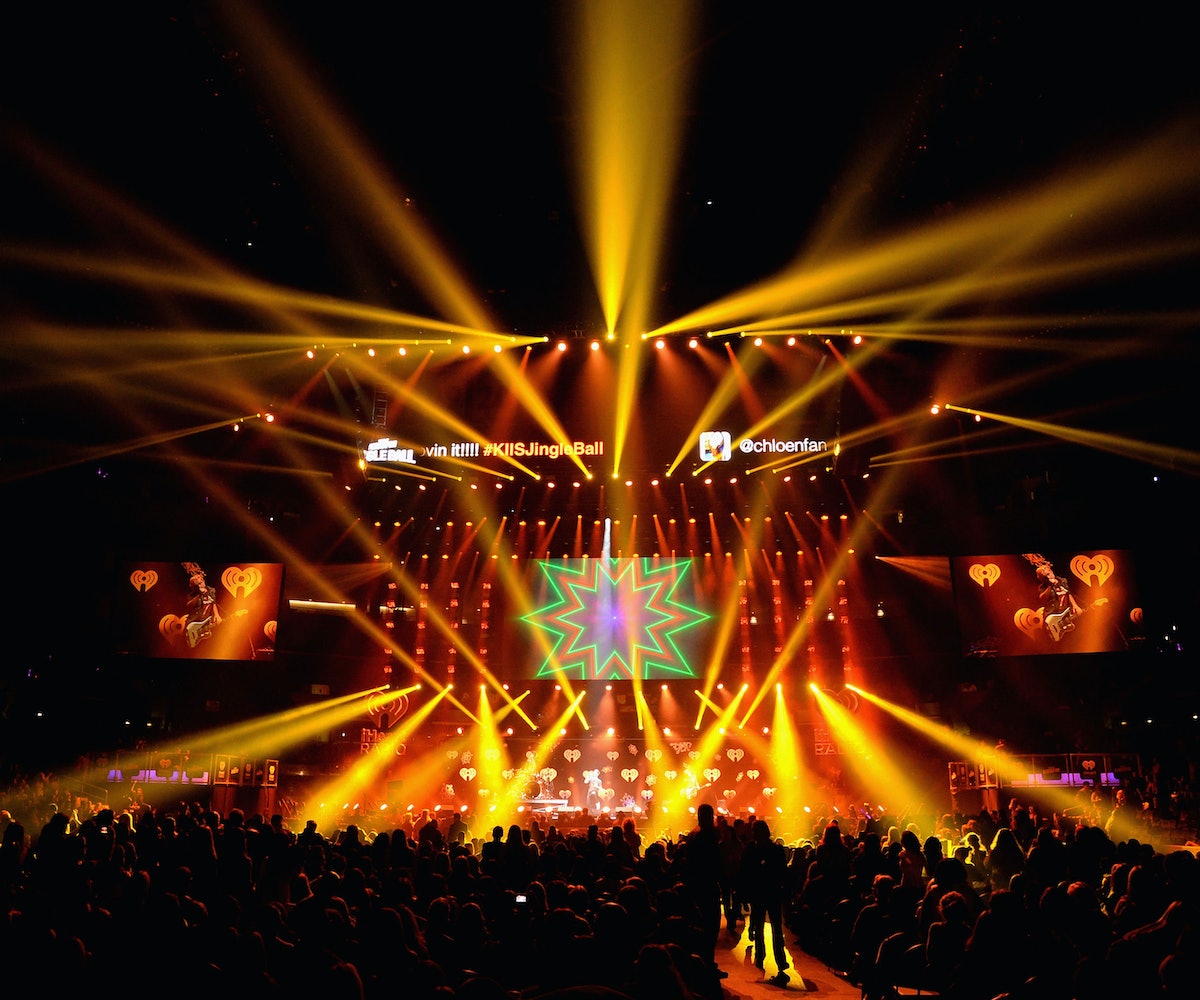 At the end of each year, Forbes does all the dirty work and tallies up every musician's financial earnings to rank the highest-paid musicians in the world. This year, the results may shock you. At the top of the list for highest-paid musician and top-earning celebrity is Katy Perry. The singer earned a whopping $135 million from endorsement deals and touring. You might say, "Well, how did she get the number-one spot? She didn't release an album and she's never even won a Grammy!" Au contraire—Adele's 25 album sold a record-breaking 3.38 million copies the week after its official release, but those sales wouldn't have placed her anywhere close to the top 10. In fact, Beyoncé and Jay Z's earnings combined still don't beat her.

If you remember, Perry performed at the Super Bowl halftime show in February. She's also the face of Claire’s, Coty, and Covergirl, not to mention that holiday collection she collaborated on with H&M. During the Prismatic World Tour cycle, she grossed $2 million per city. As expected, Taylor Swift made the list too, but we're wondering if that whole arena-tour sabotage thing that Perry is accused of in "Bad Blood" affected Swift's spot on the list. Say what you will about her, but Perry knows how to make that paper and shut down the competition. View the rest of the rankings, below.