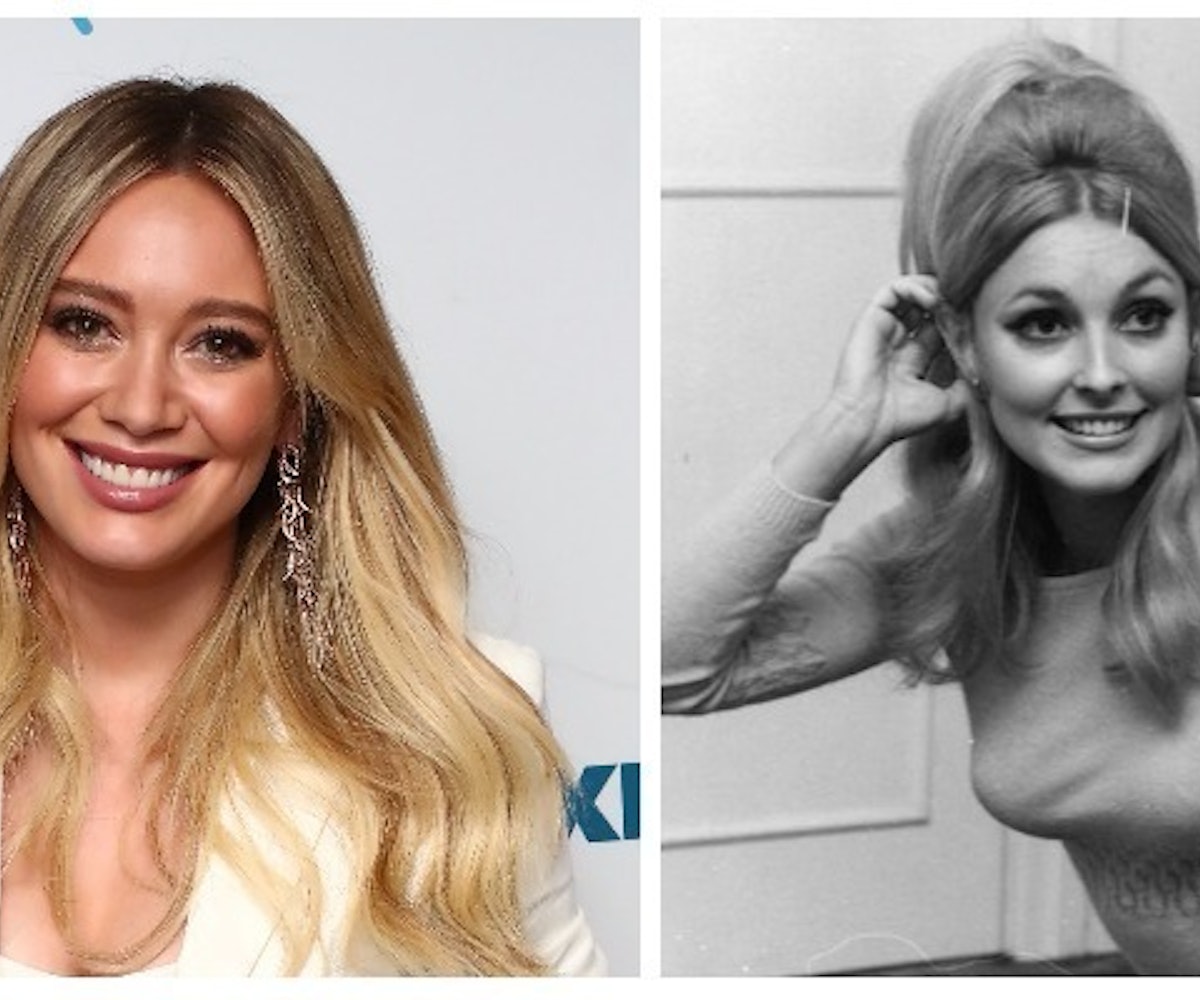 It's no secret that Hollywood has an obsession with making films about infamous serial killers—and, weirdly enough, casting former Disney stars to portray them. But this time, instead of playing a serial murderer, Hilary Duff has been tapped to play one of the world's most notorious victims: Sharon Tate.

The Lizzie McGuire star was tapped to play the late actress and wife of director Roman Polanski, who was brutally murdered (while eight-and-a-half months pregnant) by Charles Manson in the '60s, in an upcoming psychological horror film titled The Haunting of Sharon Tate. The film, unlike the 2016 biopic starring Kate Bosworth about her life, career, and relationships, will reportedly focus on the last days of her life from her perspective. The plot, Deadline reports, was "inspired by an actual quote from Tate, from an interview published a year before her death, wherein she reveals having dreams about ghosts haunting her house and foreseeing her own death at the hands of a satanic cult."

Duff took to Instagram yesterday to share the first look of herself in character, and the resemblance is uncanny.

"Had the incredible opportunity of playing Sharon Tate the past two weeks in an independent movie," she wrote under the photo. "She was an amazing woman and it was a true honor."

And while many fans offered words of encouragement to Duff on her new role, not everyone seems to happy with the film. Tate's sister, Debra, told People that she thought the film was "classless" and "exploitative." “It doesn’t matter who it is acting in it, it’s just tasteless,” she said. “It’s classless how everyone is rushing to release something for the 50th anniversary of this horrific event.” She also dispelled the film's plot, stating that Tate never had dreams about foreseeing her own death. “I know for a fact she did not have a premonition—awake or in a dream—that she and Jay would have their throat cut,” she continued. “I checked with all of her living friends. None of her friends had any knowledge of this. Tacky, tacky, tacky.”

But The Haunting isn't the only film about the Manson murders currently in the works. Quentin Tarantino has reportedly been eyeing Margot Robbie to play Tate in his forthcoming Manson-related picture.

There's currently no word of when The Haunting of Sharon Tate will be out.