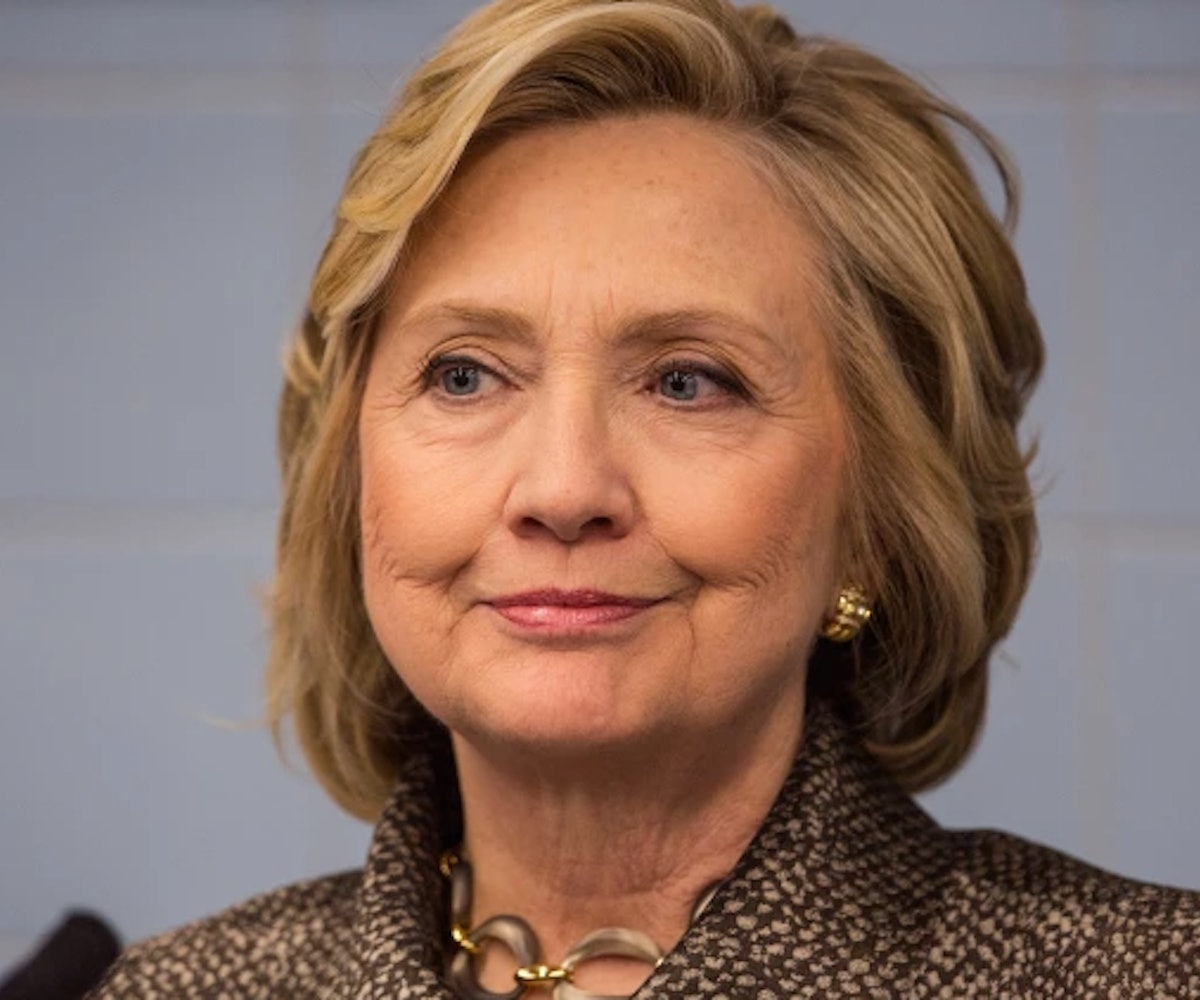 One of the biggest stories surrounding President-elect Donald Trump's impending inauguration has been that the reality television star has been unable to attract any A-list celebrities to the event. Whereas President Obama had luminaries like Aretha Franklin and Beyoncé performing for his historic victories, Trump has been rejected by everyone from Celine Dion to Elton John and Bruno Mars. Sad!

Well, lest you feel bad for PEOTUS, never fear, because news came today that two high-profile, certifiable A-list celebs will be attending the festivities on January 20: Hillary and Bill Clinton. Yeah, we'll let that sink in for a minute. We needed some time too.

First reported via New York mag, and then confirmed on CNN, Hillary and Bill Clinton, along with former President George W. Bush and his wife Laura, will all be there to witness the swearing-in of Donald Trump and Mike Pence as president and vice-president, respectively. Former President Jimmy Carter will also attend, even though neither he nor any other living former President voted for Donald Trump. Again: Sad!

A spokesperson for George W. and Laura Bush said that the couple will be attending in order "to witness the peaceful transfer of power," and sources from the Clinton camp tell New York magazine that the couple decided to go because of "a sense of duty and respect for the American democratic process."

This type of coded language is very familiar to supporters of Hillary Clinton; it's yet another example of the "when they go low, we go high" rhetoric that was a hallmark of her campaign and which, in this case, means "when they spend months holding rallies wherein they call for us to go to prison, we go celebrate their election to the most powerful position in the free world." But it doesn't sit very well with us anymore because now it serves only to normalize this particular transfer of power, which is an incredibly dangerous thing. Donald Trump is not even president yet, and he has already talked about starting a nuclear arms race and has used Twitter to provoke North Korea and praise Russia's Vladimir Putin. There is nothing respectable about his rise to power, and there is no reason to pretend that there is.

I could end this with a snarky comment about how the joke's on the Clintons—they're the ones who will have to sit through performances by, like, Ted Nugent or whoever, but the joke's not really on the Clintons. The real joke seems to be on all the millions of people—millions more than voted for Trump, anyway—who supported Hillary as a voice of reason and hope against the ravings of a race-baiting, xenophobic, proudly know-nothing candidate; the real joke is on all of us for waiting these last eight weeks for any sign of resistance coming from a woman who we thought represented a new way forward. The real joke is on us, but it's hard to find anything that funny about it.