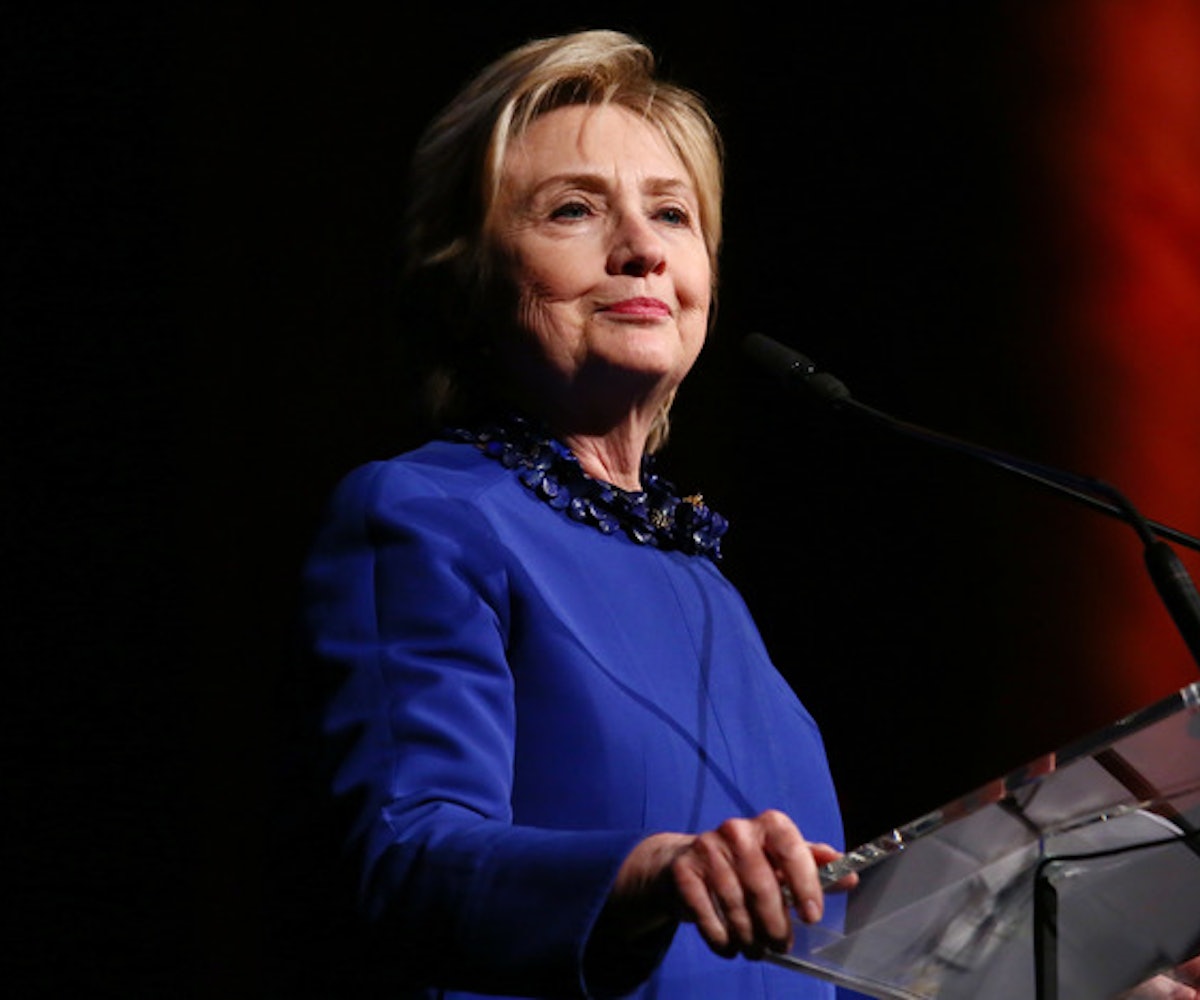 News that Hillary Clinton was going to be writing a reflective book of personal essays came out back in February, not long after Donald Trump was sworn in as the 45th president and not long after the two engaged in a contentious election. We were told it would also include her favorite inspirational quotes, all of which would help lay out stories from her life and her experience during the 2016 presidential campaign. Basically, there was potential that tea would spill, and the first excerpt, released today on MSNBC's Morning Joe, lets us know just what temperature that tea will be.

Let’s rewind back to a more naïve time—when we still believed there was good in the country—to the presidential debate in St. Louis. It was disconcerting, disturbing even, watching as Trump hovered over and followed Clinton around the stage. But, turns out, no one was more turned off by the situation than Clinton.

"It was incredibly uncomfortable," she wrote. "He was literally breathing down my neck. My skin crawled.” She goes on to talk about what she wishes she did versus what we all saw go down: a woman maintaining her composure despite being harassed by a disgraceful man on live television.

It was one of those moments where you wish you could hit pause and ask everyone watching: ‘Well, what would you do?’ Do you stay calm, keep smiling and carry on as if he weren’t repeatedly invading your space? Or do you turn, look him in the eye, and say loudly and clearly: ‘Back up, you creep, get away from me! I know you love to intimidate women, but you can’t intimidate me, so back up.’

I chose option A. I kept my cool, aided by a lifetime of difficult men trying to throw me off. I did, however, grip the microphone extra hard. I wonder, though, whether I should have chosen option B. It certainly would have been better TV. Maybe I have overlearned the lesson of staying calm, biting my tongue, digging my fingernails into a clenched fist, smiling all the while, determined to present a composed face to the world.

This is just one tidbit from the book, titled What Happened, hitting shelves September 12. She intros the book by explaining that she’ll be revisiting other “moments from the campaign that I wish I could go back and do over.” Adding: “If the Russians could hack my subconscious, they’d find a long list.”