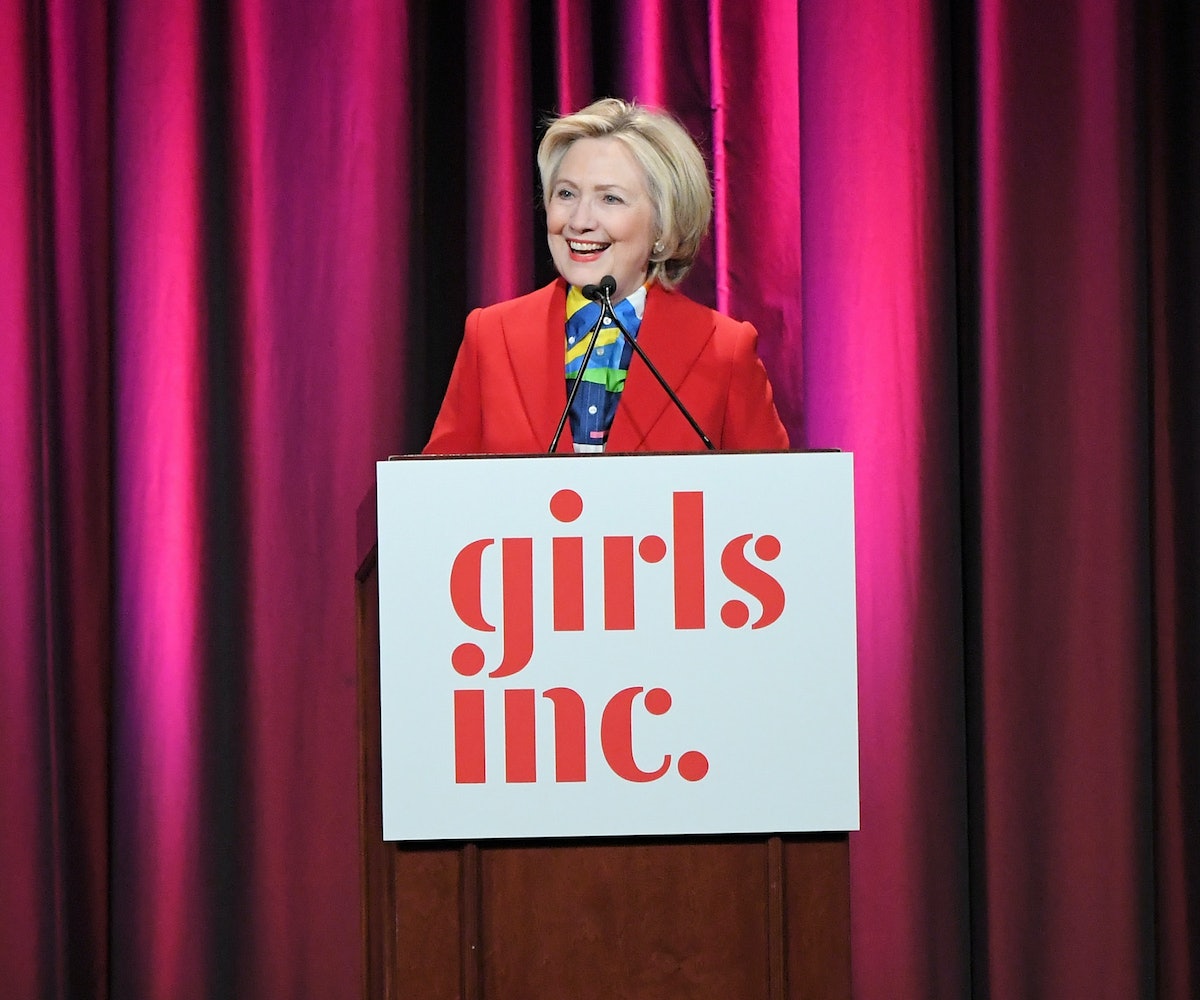 After her stunning election loss last November, Hillary Clinton became something of a recluse, only emerging for the odd photo op in the middle of the woods. Lately, however, it seems like Clinton is ready to resume her public life, as evidenced by Tuesday's Girls Inc. luncheon, where she was on hand to receive the organization's Champion of Girls award.

Clinton's acceptance speech was aimed directly at women, many of whom may feel disillusioned after having watched her lose the presidency to a man who was far less qualified for the job. “Let us hope there is a wave of young women running for office in America, and let’s be sure we support them in every way we can,” she said. “Let’s help them shatter stereotypes and lift each other up. They are the history-makers, the glass-ceiling breakers of tomorrow. They are among the reasons I am so optimistic about our future.”

When she wasn't busy inspiring a new generation of women, Clinton took time to joke about those infamous photos in the woods. "The truth is, life hands all of us setbacks,” she about her election loss. “I’ve had my ups and my downs. In the last months, I’ve done my share of sleeping, a little soul searching and reflecting, long walks in the woods. In those moments, I am thankful for my own village, my community of family and friends who have supported and encouraged me.”

But ultimately, Clinton wasn't there to dwell on the past, choosing instead to focus on the future. "Our work is far from over—in big ways and small, the unfinished business of the 21st century is the full equality of women,” she said. “There are still too few women in the upper reaches of the private sector, academia, science, technology, and, not to mention, politics and government. And we’ve all heard the saying, haven’t we? ‘You can’t be what you can’t see.’ So each of us should take it upon ourselves to do all we can to help more girls and young women see themselves at the highest reaches of every field, and we do more to shine a light on women who have contributed to our country, but whose stories have gone untold." She even mentioned Hidden Figures as a "great place to start.”

Clinton ended her speech with one final message of empowerment for women everywhere. "We have to keep fighting," she said. "We have to remain stubborn. We have to look for ways to mentor and support. And we have to understand that despite setbacks and stumbles on our long march to full equality, everywhere I look, there are signs of hope.”