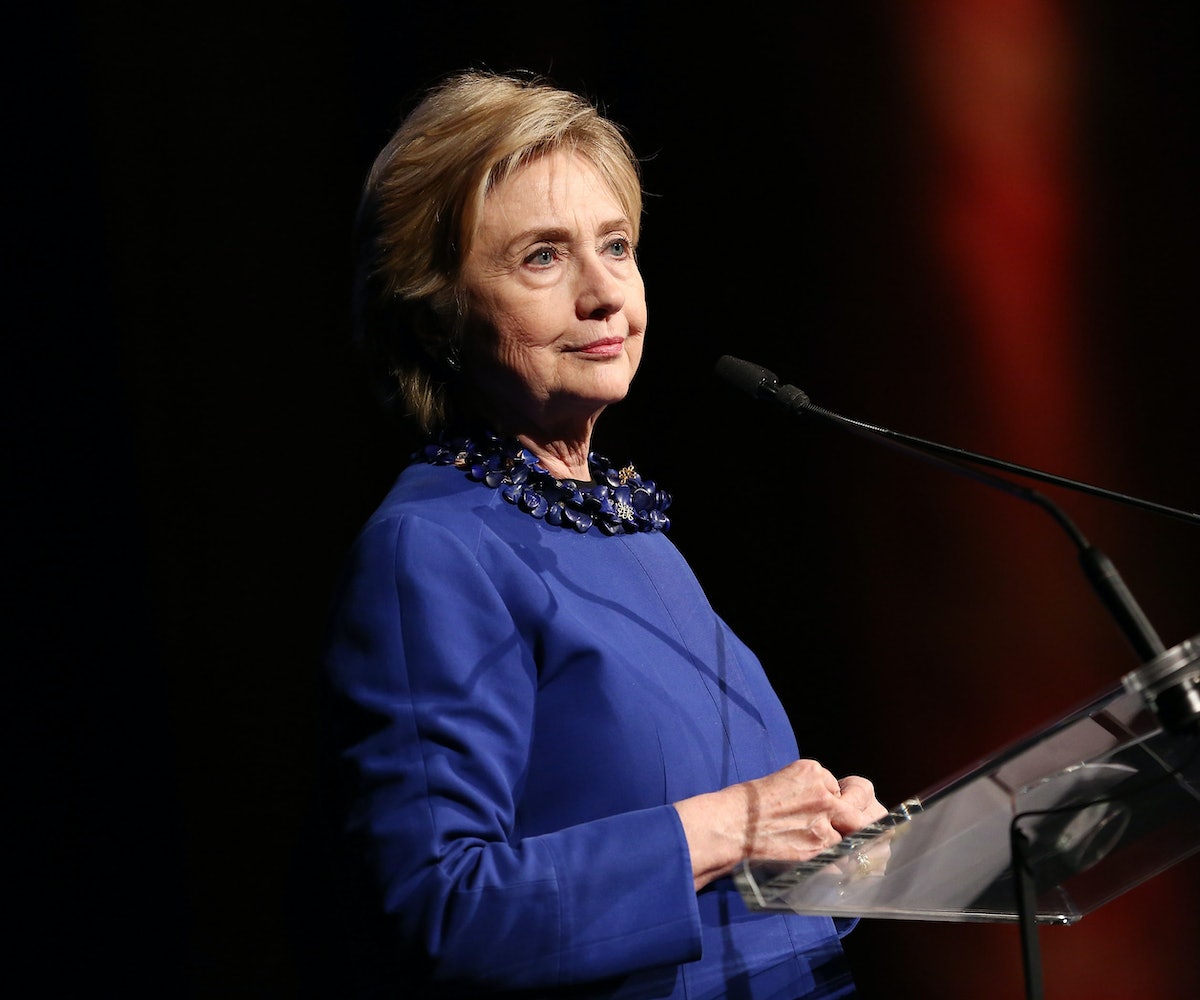 Photo by Monica Schipper/Getty Images for The Foundation for Women

Earlier this month, Hillary Clinton officially declared herself "part of the resistance," and now she's putting those words into action. Clinton announced today via Twitter that she's launched a political organization, Onward Together, aimed at encouraging people to "get involved, organize, and even run for office."

"More than ever," she continued, "I believe citizen engagement is vital to our democracy. I'm so inspired by everyone stepping up to organize and lead."

According to CNN, Clinton was motivated to form the organization after "watching groups stand up to [Donald] Trump from afar" and getting "particularly fired up." So fired up that she wanted to fund and support these groups in order to broaden their reach and increase their impact.

Some of the organizations Clinton called out on Twitter include Color of Change, an organization dedicated to racial justice; Emerge America, a training program for Democratic women interested in running for office; and Swing Left, a national grassroots network supporting Democratic candidates in swing districts.

"Citizen engagement at every level is central to a strong and vibrant democracy," the Onward Together website reads. "In recent months, we've seen what's possible when people come together to resist bullying, hate, falsehoods, and divisiveness, and stand up for a fairer, more inclusive America."

For more information and to sign up to become a member of Onward Together, visit onwardtogether.org.