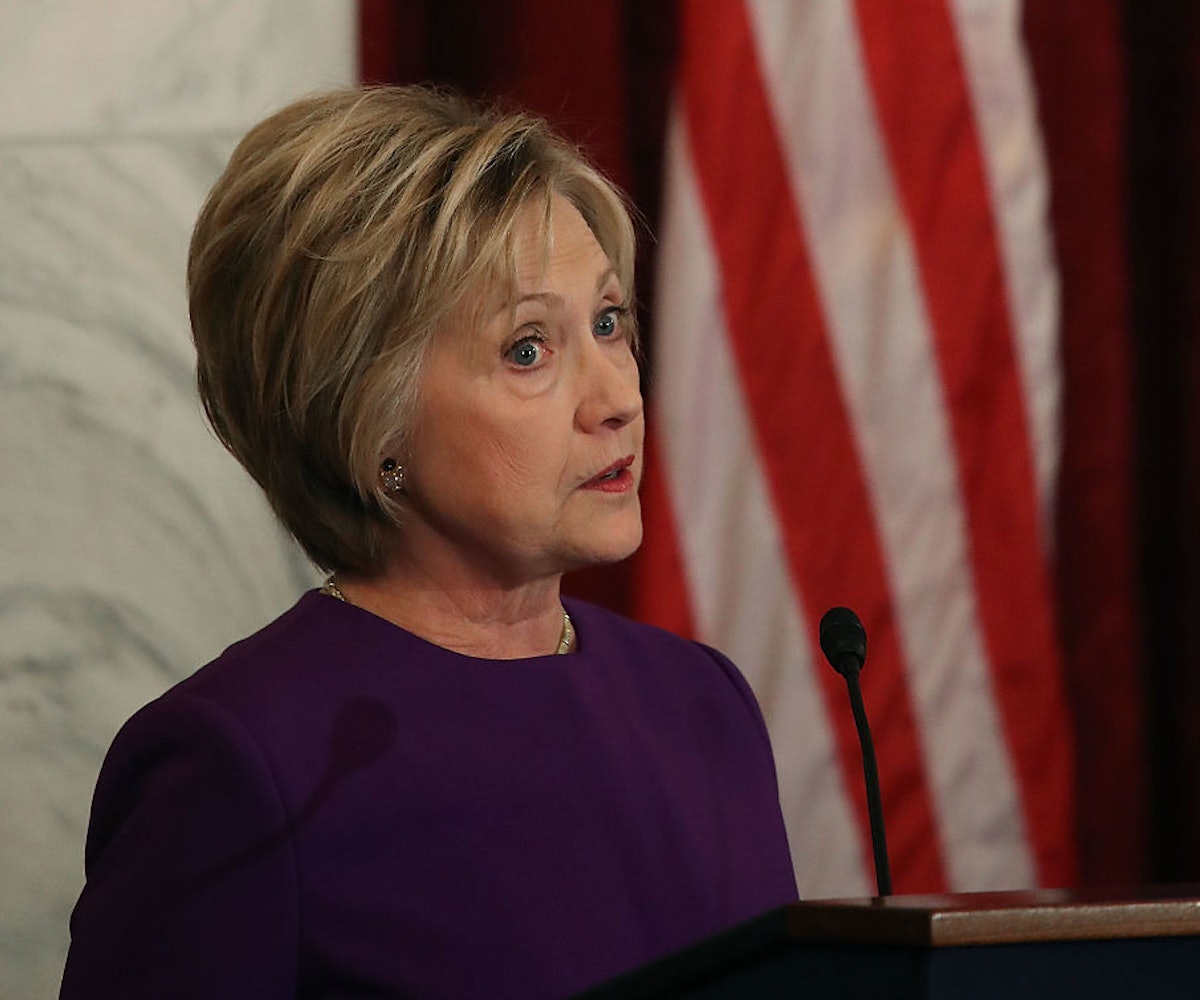 Today is a dark day in American history. Today is the day Donald Trump is formally inaugurated as the 45th president of these United States. And while we weren't expecting to see any vision of light on this dark day, one single ray of hope—in the form of a blindingly white pantsuit—is shining.

That's right, winner of the popular vote by a count three million, Hillary Clinton, whose decision to attend the inauguration was not one we looked upon kindly, showed up today wearing a white pantsuit that sends a clear message to Trump and his supporters. And that message? Screw you.

For those who don't remember, the white pantsuit became a powerful symbol in the days leading up to the election, one which represented women's suffrage and solidarity. In the days following the election, the pantsuit became a sartorial rallying cry, a totem of all we had hoped for, all we felt like we had lost, and all that we would still be fighting for. The fact that Hillary is still wearing her white pantsuit feels like a hopeful beacon on this day of mourning in America. And the fact that Hillary's pantsuit was designed by Raph Lauren, who also designed Melania's inaugural look, is too pretty damn funny. How awkward.

Defeatists might say that it's just a clothing choice and that it means little in a world gone so topsy-turvy. But we choose to look at it as a sign that resistance can be a part of everything we do, from the marches we join and the protests we wage to the clothes we put on every morning. Resistance, in all its forms, is what we have right now, and it should be celebrated when- and wherever we see it.