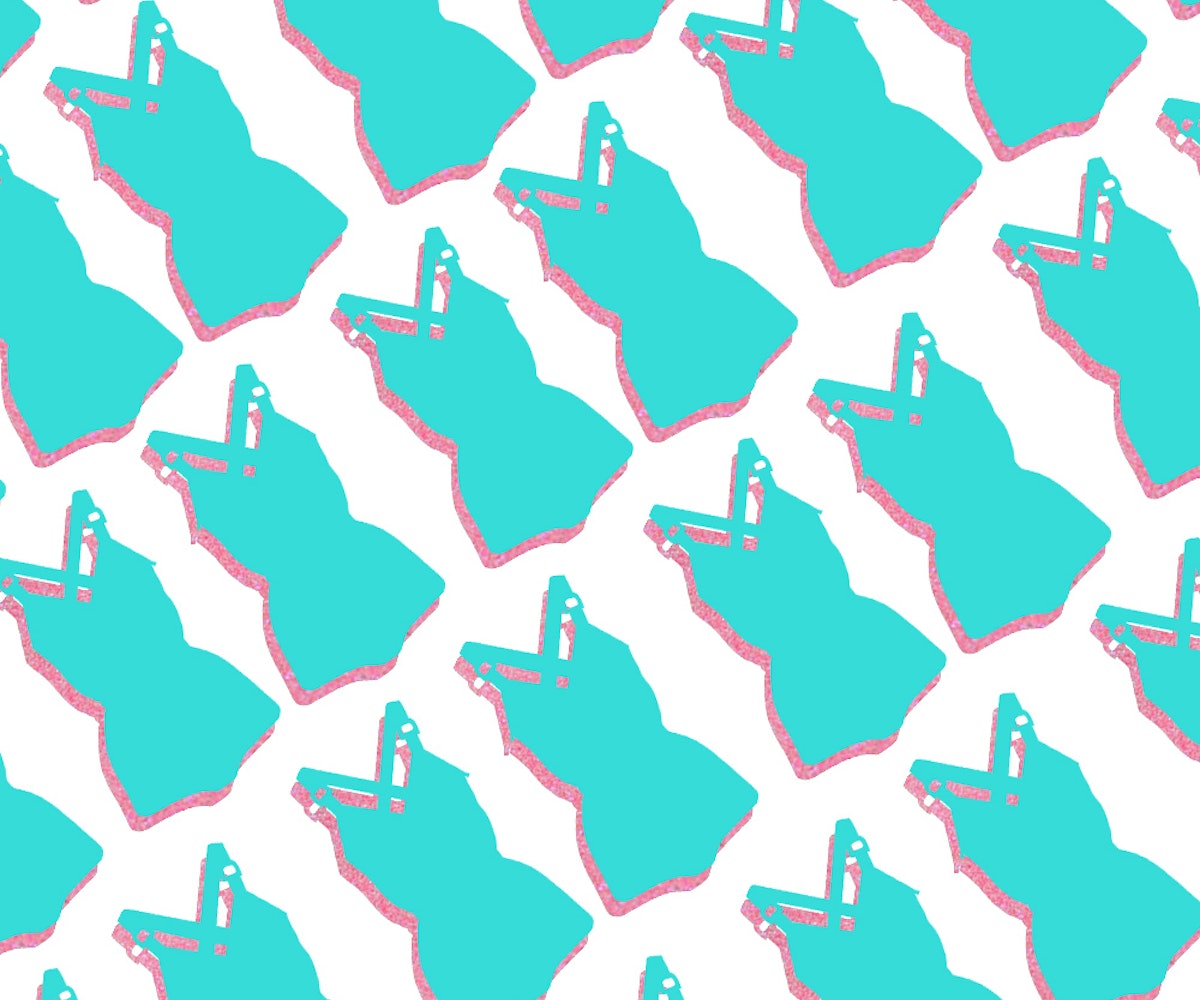 As we come off the heels of Coachella week two and prepare to spring-ify our closets for the sunny transitional season to come, there are some questions you should ask yourself: polka dots or florals? Lace or crochet? Or, perhaps most poignant, adult baby or grown-ass woman? Patriarchy or... nah? Because there is a figurative snake in the grass that lives in your closet: the romper. This isn’t about personal taste, it’s a dignity issue, and what is about to follow is going to unleash your mind.

First, a quick history lesson: Rompers—known fondly as the "babygrow" outside of the U.S.—initially appeared in the late 19th century, and gained popularity in the early 20th century. This is coincidentally around the same time that children and teens begin dressing differently than their parents for the first time in history. (This is why in most historic photos depicting dress and culture, you'll see young children playing in restricting three-piece suits or gowns up until this point.)

They were developed literally for babies because of the ease around diaper changes and were ideal for movement of a flailing, crawling, running baby. But, as the garment eventually made its way over to the adult market, anyone who has ever worn a romper past adolescence can attest that it's actually extremely inconvenient to try to use the bathroom while wearing one. Unless you think it's fun to take off the entire thing and maybe your shoes as well, and then use the bathroom clothing-less in the privacy of your own home, or engage in the following steps in a public bathroom setting:

3.) Hold the romper up off the ground so it doesn't touch a public bathroom floor.

4.) Hover above the seat of the public bathroom toilet while your ankles are restricted together by the romper in a naked stall shame squat.

They are also more difficult to design, size, sell, and buy than separates because of the inconsistent proportion between height and torso length. The fact is, rompers have almost no utilitarian purpose for a contemporary adult, with the exception of possibly reducing your laundry item count.

It is no coincidence that shortly after female empowerment and the peak of the first wave of the women’s rights movement, the playsuit (the romper, just marketed toward adult women) popped up in the 1940s as the American consumerism boom took off which simultaneously forced the "traditional" gender roles on women with Tupperware, vacuums, and bar sets (to make their husbands’ post-work drinks with). The male gaze has long perpetuated the suggestion that women need to appear younger via any means possible in order to be desirable or even relevant in society. This includes physical alterations and body modifications (plastic surgery, piercings, hairstyles), but it also applies to adornments and accessories—think hot-colored velour tracksuits on anyone over the age of 15, ruffles, and smocking of any kind—that could be described as "cutesie." One of the most blatant examples: rompers, which brings the entire argument that rompers are only for babies full circle.

One may say, sure, rompers have no valid function other than basic coverage (for which there are several other more efficient options) and, sure, they may not fit comfortably unless the wearer is a standard size (which few are), but women can still wear them simply because they like the look. But that isn't a viable argument either for, unfortunately, even personal style has been somewhat bastardized by white male corporate oppression. We live in a consumer-driven society, and the fashion industry comfortably plays into that. The nature alone, of capitalism, is to infantilize the consumer. Our system at this point cannot survive unless the consumer wants what it doesn't need, much like a child in a grocery store that will kick and scream until it gets the sugary cereal (with no nutritional value) that it wants.

Marketers and advertisers groom the consumer to value images over ideas, private over public, play over work, impulse over contemplation, and easy over hard. This has culminated in a world where nearly everything is privatized, no one can make decisions for themselves, and the "kidult" is born. Instant gratification, a necessity in contemporary society, is fundamental for infantilization. A hard-hitting example: reading an article on a website, which features an item you want to buy, being linked to an e-commerce site where that item can be obtained and most likely shipped to your doorstep in two days—no thinking for yourself, no deliberation, no inconvenience, and no uncertainty.

Ultimately, and obviously, what you wear is your choice: whether you’re inadvertently supporting the patriarchy, perpetuating the male gaze, and feeding into rampant consumerism and misguided historic cultural references, all while uncomfortable one single garment. As for me, you will never see me in an adult onesie.