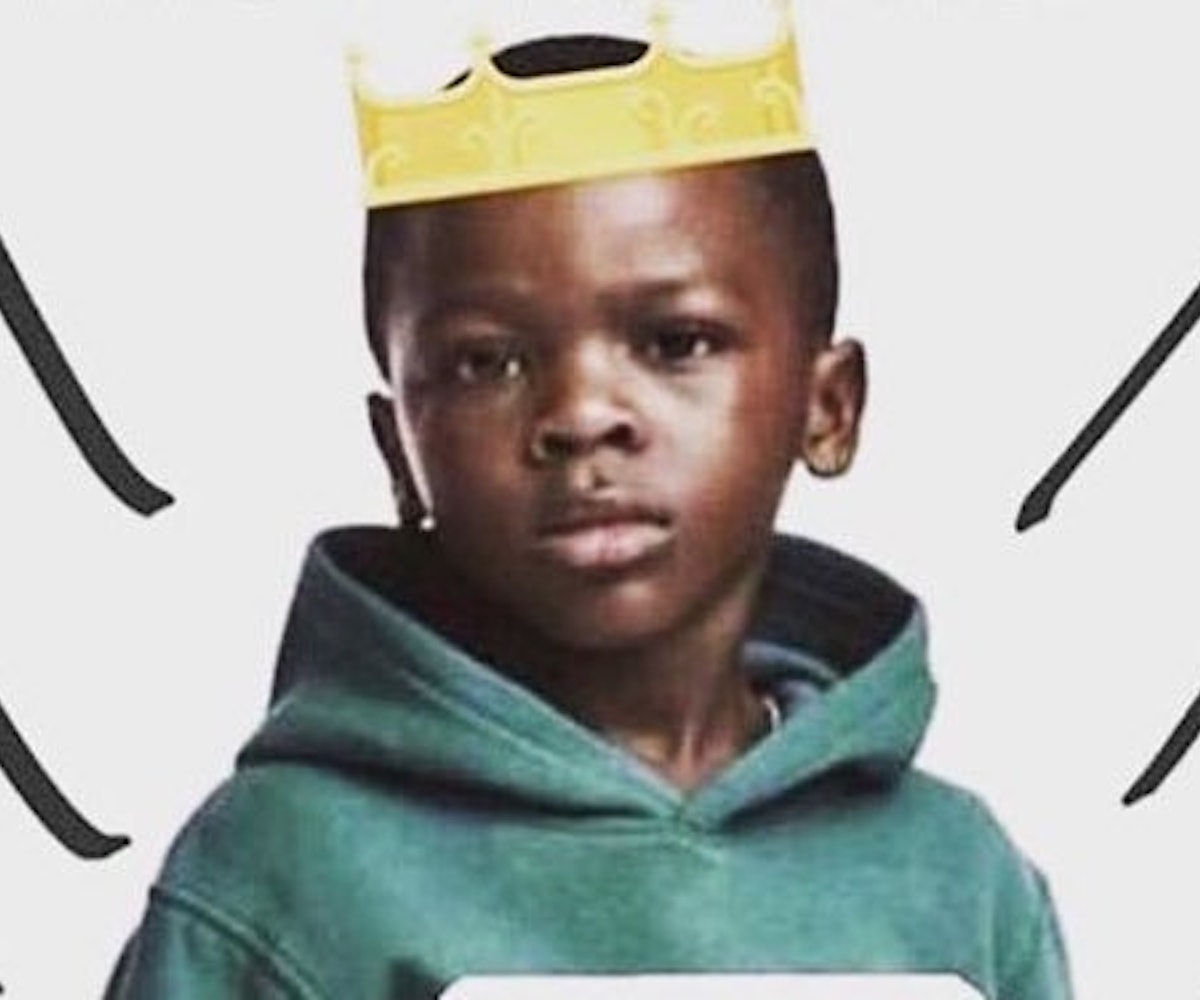 UPDATE 01/11/18: We previously miscredited the creator of the viral image, who is in fact artist Chris Classic. On creating the new image, he said, "I made this because I dont wanna see this young Kings face anymore with the shirt he was hired to wear by H&M. I'm almost certain the Persson Family and their $31 Billion wont care in Sweden but... this lil guy will see his pics and the mockery one day because the internet doesnt erase... so I just hope he gets to see this one or any like it that celebrate him. #mysavoirfaire"

By now, you’ve probably caught wind of the H&M sweatshirt disaster that came to a head this morning, but just in case you haven’t, here’s a quick refresher: The fast-fashion giant is under fire for making a pretty controversial choice on its U.K. e-commerce site. In an assortment of three "jungle-themed" sweatshirts, the brand chose to dress a black child in a hoodie that reads “Coolest Monkey In The Jungle” and a white child in a sweatshirt reading “Mangrove Jungle Official Survival Expert.”

Understandably so, many called out the image as racist and offensive being that there’s a long history of people of color being referred to as monkeys in a derogatory sense.

While H&M has since taken the photo down and released an official apology, that hasn’t stopped Twitter from firing back at the brand. Some swore to boycott it, while others called for companies to invest in cultural competency and sensitivity training. However, others chose to react differently, celebrating the child in question instead.

Twitter user Hannah Agboola decided to flip the script completely, with a new image that’s now making its rounds on the internet:

Making her own edits to the original shot that featured on H&M's site, she dubbed the child "King of the World" in a viral tweet. The original controversial text? Covered up with a crown. Now, that's the proper way to clap back.