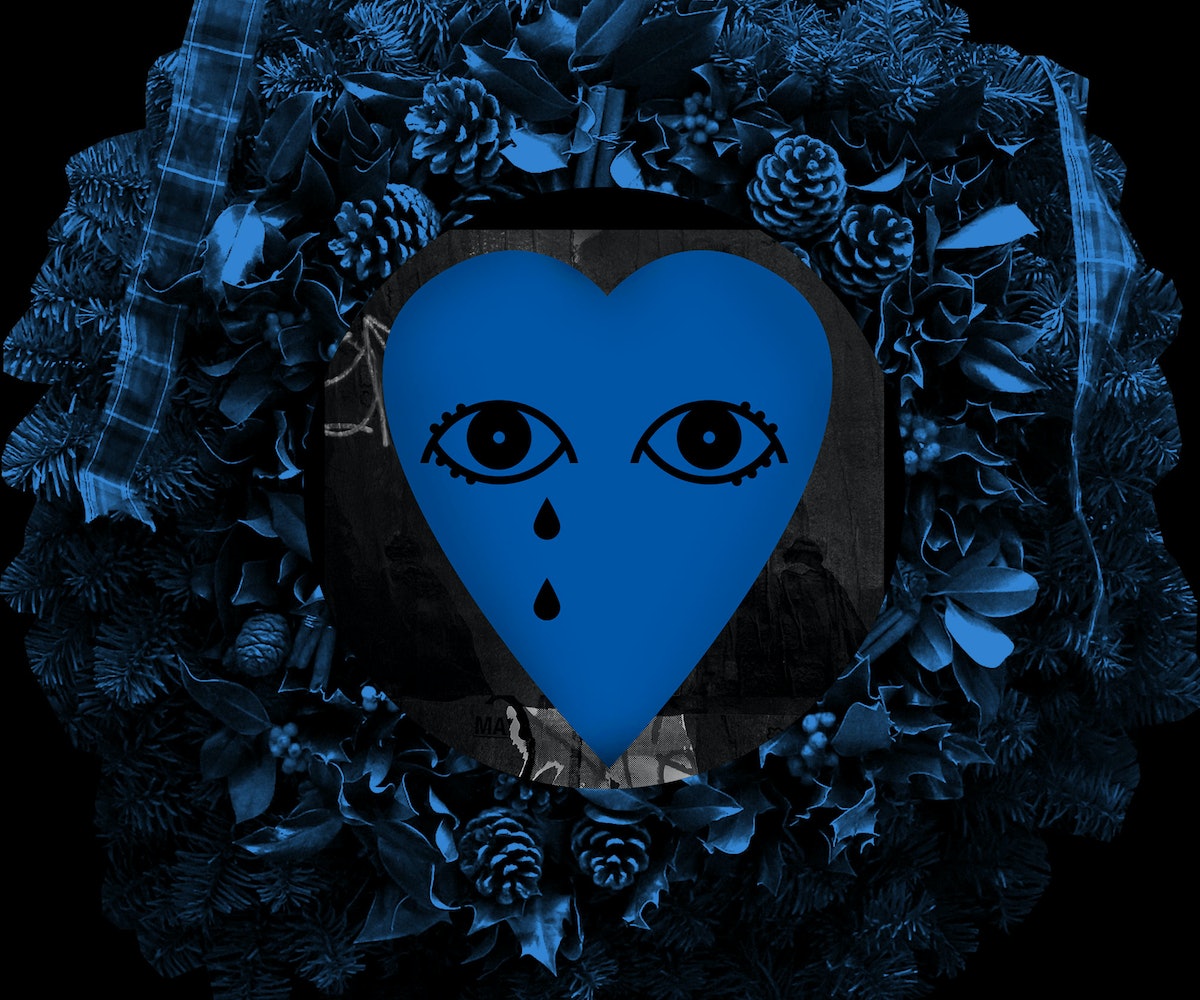 The holidays equal happiness and joy for some and the complete opposite for others; society leads people to believe it’s the most wonderful time of the year, but that cheer can often be met with gloom.

This does make a certain amount of sense. With the holidays comes the pressure: to socialize, to buy expensive presents, to be an overall jolly person. These expectations can take a toll. Another factor to feeling down can also be the simple fact of the changing seasons.

According to Dr. Ashwini Nadkarni, MD, half a million Americans suffer from seasonal affective disorder, also known as SAD. As she explains, this disorder typically settles in when the weather starts to drop. “With seasonal affective disorder, the onset is specifically around the time that light tends to decrease,” she says. “It is related to secretion of melatonin in relationship to life patterns, so as soon as those days become shorter, we're biologically set up to experience more depression.” Some symptoms can include a sustained feeling of being sad, an inability to enjoy things, a lack of energy, sleeping too little or too much, and problems concentrating. Dr. Nadkarni adds that, though the warning signs can be similar, suffering from SAD isn’t the same as being clinically depressed.

According to the Anxiety and Depression Association of America, more than 15 million American adults are affected by major depression. This disorder is a lot deeper than not being able to find the motivation to go to the gym and can be exacerbated when the holidays roll around. Dr. Nadkarni explains the difference, stating that “a person who's clinically depressed has a disruption functioning, so they can't function at work, they can't function in relationships, they can't care for themselves. That's one of the most important indicators that you're not just feeling the blues or feeling down, but you're actually having a clinical depressive episode.”

Another important variation is that SADs typically lift once spring arrives. For those suffering from clinical depression, it doesn’t. Dr. Emanuel Maidenberg, clinical professor of psychiatry and biobehavioral sciences at the David Geffen School of Medicine at UCLA, tells us, “The depressed mood is in itself not a problem, and it's not something that one should be very concerned about—we all get sad and upset or depressed temporarily. But if symptoms persist for four, six, eight weeks, after the holidays, that is a sign that it may have activated a state that may require a bit more attention.”

We’re in the final stretch now, with the holidays basically knocking on our wreath-adorned door. To help you get through the thick of it, we consulted Dr. Maidenberg and Dr. Nadkarni about some things to implement that will help stave off the enveloping sadness.

For presents, for host duties, for holiday parties you’re attending. “I think it's important for people to examine their expectations and determine if they're motivating them or making them feel guilty or down,” Dr. Nadkarni says. “You know, some people said the secret to happiness is actually lowering your expectations and sort of recognizing that expectations can pose more of a burden than a relief.”

Can’t juggle your best friend's and boyfriend's office parties while also meeting your deadlines for work? Drop going to one of the parties. The holidays are a busy time; most people will understand if you choose to bail. But a lot of the time, it’s more acceptable to not commit in the first place and…

Exercise your right to say no

It can be exciting to have an event planned for every single day of the week and, hey, at least you’re getting out of the house. But you want to make sure you avoid spreading yourself thin. “One thing I think people can do is set limits on what they say they will do,” Dr. Nadkarni says. “The holidays are a time around which people have a tendency to say 'yes' and overextend themselves a lot. It's okay to set some limits and not feel obligated to do absolutely everything.”

During your “no” times, carve out some time for self-care—read a book, take a bath, do a face mask, simply be alone. It will give you a chance to slow down and recharge.

Endorphins! Those are always good. This can count as your self-imposed self-care time. On top of making sure you’re active, you should also watch your eating habits.

“People who suffer from SAD can have more of a tendency to oversleep, they tend to overeat, they often have a craving for carbohydrates,” Dr. Nadkarni says. “Consuming a diet rich in fiber and fruits and vegetables and simple carbs has absolutely been shown to affect mood.”

“Try not to indulge too much, this can bring you down,” Dr. Nadkarni says. This rings true for things like sweets and treats, alcohol (it is a depressant, lest we forget), and even social media.

The holidays can be a particular pain for those not in relationships. Seeing as the holiday season is also known as engagement season, it’s natural to feel down about it. It’s even more natural to roll your eyes when you see yet another ring on the top of your newsfeed. Relationship status aside, social media acts as a place to display the happiest, most exciting, and interesting moments in your life. It’s easy to compare what appears to be someone’s extraordinary life to your seemingly ordinary one. “Those who are not very happy, or content, or satisfied with their life circumstances tend to focus on what they perceive other people live like,” Dr. Maidenberg says. “That comparison typically leads to feeling dissatisfied or at times feeling depressed as well.”

That’s not to say you need to cut any out of your life altogether (although, doesn’t a social media hiatus sound lovely?), just dial back a bit. “Moderation is finding this middle ground that you know is likely to be fun or is exciting but not over the line,” Dr. Maidenberg says.

Your everyday routine usually goes to shit around this time of year. You might wake up later, go to sleep later, stay out later. It’s good to shake things up every now and then, but changing your schedule too often can affect your well-being. “As much as we hate being in a structure of some kind, work-wise or school-wise, being out of it is not something that comes easy,” Dr. Maidenberg says. "We tend to sleep late, and maybe use a little bit more alcohol and eat too much. All of it affects the physiological sides of the body or the emotion as well.”

You can combat this by sticking to your regularly scheduled program as much as possible. When on break, wake up at the same time you do for work, go to sleep at the same time, too. It will provide a sense of normalcy.

Acknowledge your feelings and seek out help

If you find yourself gradually getting worse, seek out a therapist or psychiatrist. But first, it’s important to recognize how you’re feeling. “People can be in denial,” Dr. Nadkarni says. “They don't want to admit that they're feeling down because there's so much pressure to feel up around this time of year and it's okay, you don't have to force happiness because it's the holidays. It's worth it to validate your feelings.”

Depression is a serious condition and should be treated as such. “When a person has cancer, we don't say, 'Buck up and cheer up and move on,'” Dr. Nadkarni says. “We talk about how to actually implement biological therapies, and the same is absolutely true for clinical depression, which is a medical illness with underlying medical ideologies.”