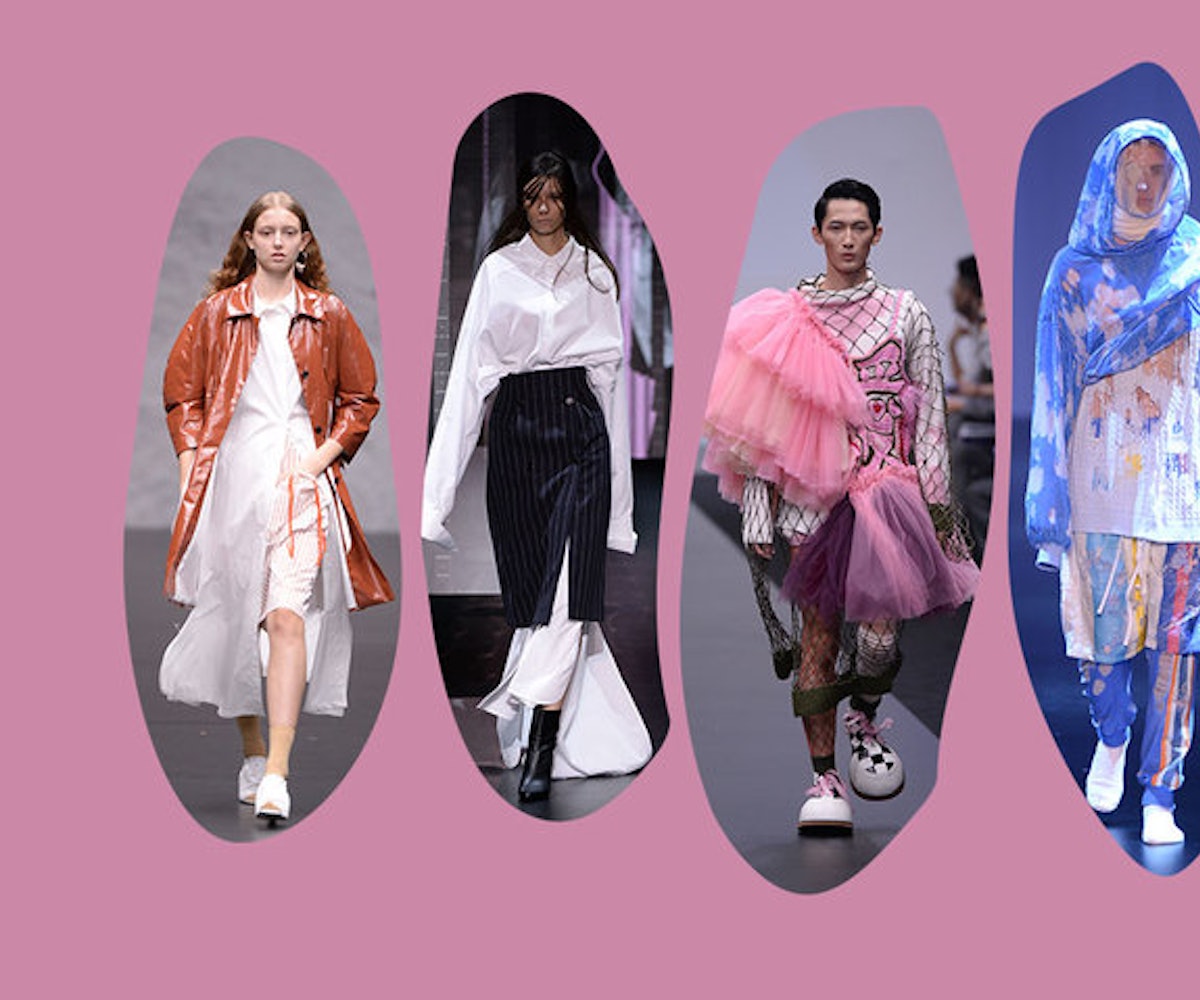 So, how was everyone’s New York Fashion Week? Mine was fulfilling and fantastic. Because I—gasp!—skipped it. In other words, I found myself jet-lagged yet joyful on the other side of the planet, where I excitingly attended and took in the visual feast that was Hong Kong's CENTRESTAGE.

Only in its second season, CENTRESTAGE, presented by Hong Kong Trade Development Council (not to be confused with Hong Kong Fashion Week), is already (and appropriately!) considered Asia’s major fashion fair. Quick facts: The extravaganza featured more than 210 fashion brands from all over the world. There was a lot happening. Workshops, seminars, local celebs, oh my! As for me, I was there for the shows. My eyeballs are still in recovery.

There were many shows. Most were really, really great. But the ones that left a lasting, head-turning impression on me tended to be the zaniest. Like the one offered by Seoul’s Juun.J, a goth-chic brand you might already know and love. Brooding models—often sporting that timeless wet hair look—stormed the runway in shirts of every wonderfully wacky shape and size to an industrial Berlin-y soundtrack involving violin strings paired with gothy hymns/chanting. Yep, that happened. It was all about its lunatic, look-at-me bombers though—very Rihanna-running-errands-on-a-fall-evening. In sartorial-slaying conclusion, Juun.J mastered the modern and minimal with a heavy side of that gender-fluid thing.

Then there was Hong Kong-based FFIXXED STUDIOS, who mastered the art of layering and deconstruction. I enjoyed all of it, particularly a fanny-pack-as-a-necklace moment. So seemingly did the Snapchatting front row of cool kids (shout-out to the dude rocking what I can only describe as a fluffy beret earring). Its Spring/Summer '18 looks were very Opening Ceremony rack-ready. Trend alert: For FFFIXXED STUDIOS, orange fishnet is the new black, and I approve.

Another majorly OMFG collection came from Hong Kong’s Ka Wa Key, which had models pumping shoe-free down the runway with their faces cloaked a la Maison Margiela; love/need the oversized hoodies tie-dyed in pastels. It all gave me Daphne Guinness at the gym vibes, which is a good thing. Ka Way Key, you’ve got the key to my heart. (Sorry, had to.)

Lastly, I must admit that I never thought I’d be into a group show called “Knitwear Symphony.” Like, whuttt?! But with crazily quirky and colorful gender-bending looks (Enno Wong) to a dude in a form-fitting sweater dress (Keith Kwok), I was perplexed and enchanted. The proof is in the pictures.

In short, I basically left my heart and mind in Hong Kong, which means I’ll see you next year, CENTRESTAGE. Farewell, NYFW. Nothing lasts forever.