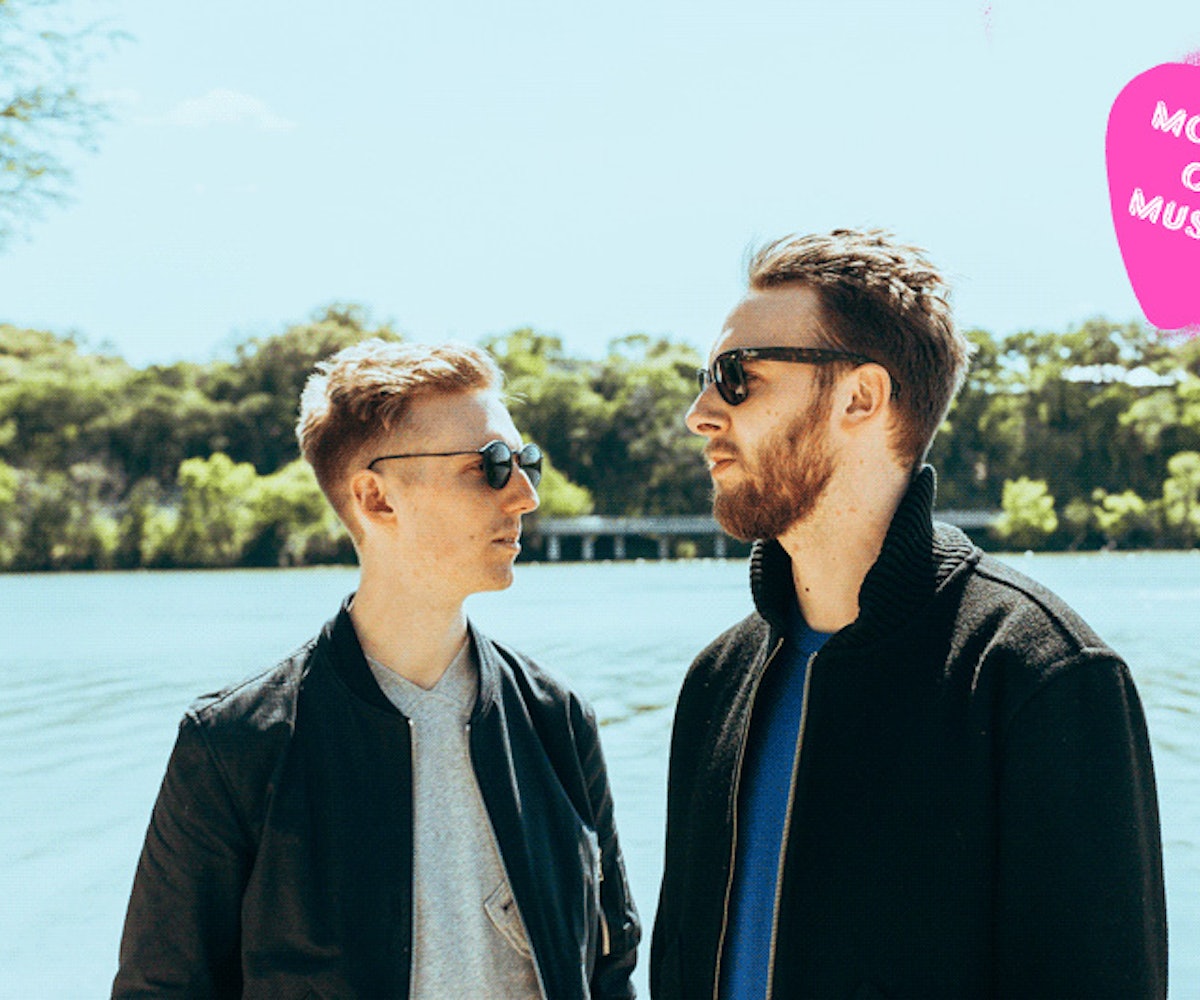 In a world dominated by bombastic pop and gigantic tours, HONNE's interpretation of electro R&B is a welcome one. James and Andy, the fellas behind the London-based duo, create captivating music that flirts with funk and shines in its quieter moments. They're love songs, but free of any saccharin. Instead, HONNE's heart pulses with soul and elevates the moment to the sublime. Their latest single, "Someone That Loves You," amps up their usual BPM but maintains the same authenticity that makes HONNE so captivating and downright refreshing. Listen and get to know the boys a little more in our latest interview below.

JAMES: Probably “Love Is The Job You Hate.” It’s funky, it’s upbeat. It’s a good way to start the day. It’s about a household argument over taking the bins out.

ANDY: When you’re leaving for work, you should just take the bins out.

A: Yeah. It was written between London and Tokyo, and from the point of view of feeling a little bit alone and out of your normal surroundings. You can sit and have a cry to it. If you wanted to.

J: “Warm On a Cold Night” is it. We know from anecdotal evidence—not from ourselves—that a lot of people hook up to it. We met someone that listened to it and had sex within minutes.

A: I just remember ages ago—it’s the same for James as well—when we were younger and started learning guitar and things like that, it has kind of been ingrained in me—I don’t know why. I just always wanted to do it.

J: Probably a week of playing acoustic guitar, that my aunt had given me two years prior to that, I was absolutely obsessed and it was all I wanted to do. Play in the school concerts and stuff. Be in a band.

A: Jeff Buckley because he’s got an amazing voice and he’d do it justice. I mean he’d do it better than we’d do probably.

J: I’d go with a collaboration between Michael Jackson and Stevie Wonder. Just for that super-group. They’d make it much more funky.

J: All the time. I don’t know who in particular. But it’s nice. You just have to challenge yourself to go up to them and say hello. Do you know Kehlani? We stood up right next to her yesterday and apparently she’s a fan of our music, so we had to go and say hello, obviously. I went up first. We had a little hug. It was nice, it was great.

A: With celebrities, often you think, “Oh they’re not really cool, they’re going to be really standoffish.” Then you go to meet them and they’re like, “Oh hey! So great to meet you!” It’s like the opposite of what you think it’s going to be. I think even Kanye West or something, if you spoke to him he’d probably be a really nice guy.

J: We cuddle up in our hotel room together.

A: It is actually like that at the moment. [Laughs.] Well, maybe not cuddling.

J: Yeah, what do we do? I mean, normally, watch some rubbish TV and maybe a glass of wine. But you’re more a cup of tea.

A: Yeah, I’m more for a cup of tea or just like a nice meal out, and go back and watch a film or series.