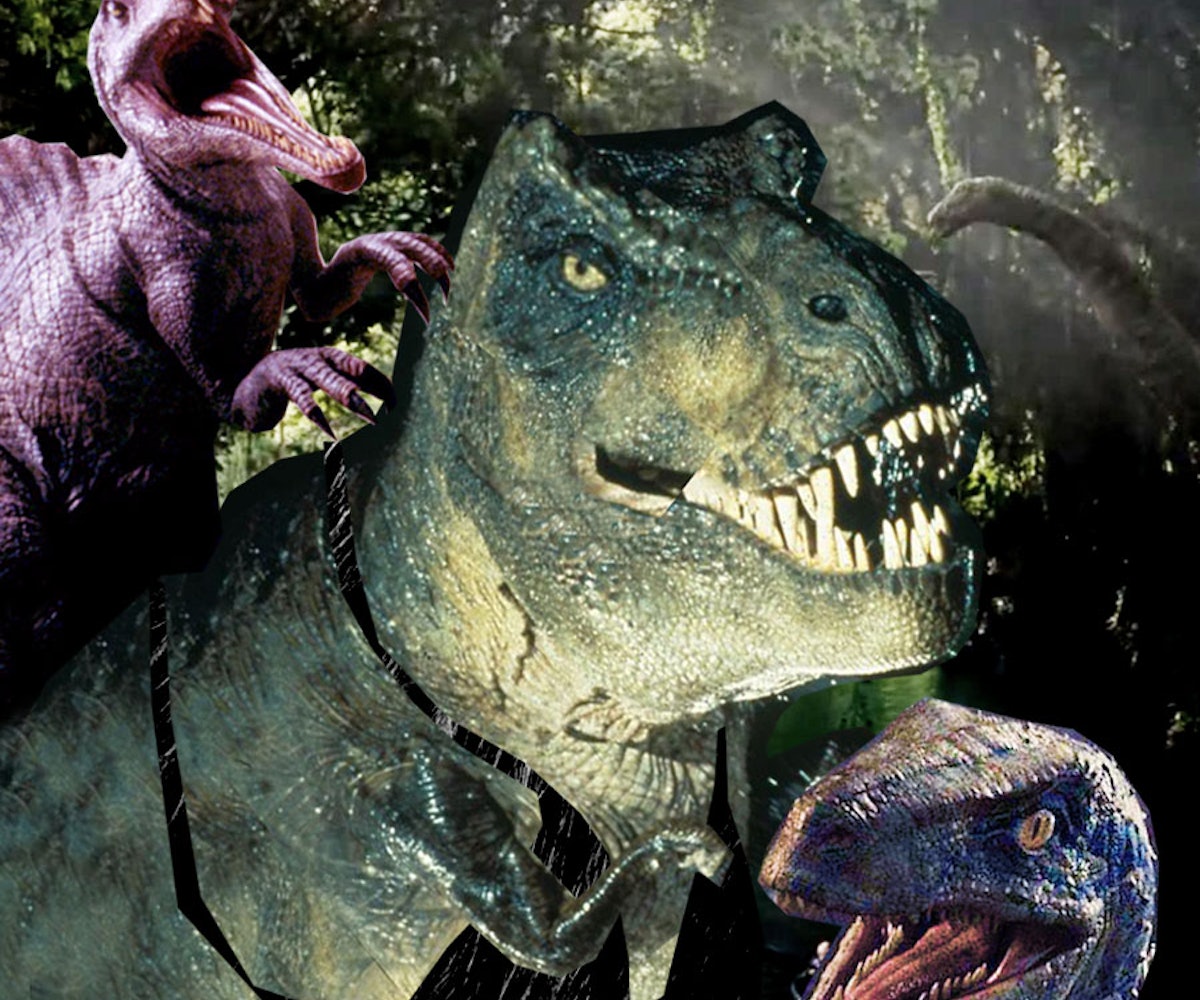 As soon as the first paleontologists stumbled over the dusty bones of terrible lizards, humanity has been preoccupied with asking the unanswerable question about dinosaurs: Which one is the hottest? Not just spiritually good-looking, but full-on heartthrobs, ready to sweep our fleshy selves off of our feet.

The question is eternal and perhaps unanswerable, but thanks to the Jurassic Park franchise, we have a better idea of what these beautiful creatures might have actually looked like. And with another chapter now written in the hallowed halls of dino/human experience, it's time for us to ask yet again: Which dinosaur is most sexually attractive?

"Whoa. Cheeky," you might think, "Putting these protobirds so low on your list. Protobirds aren't even technically dinosaurs." You know what? Everyone loves the Pterodons, and we are here to bust your standards of physical beauty wide open. These ancient birds are overrated. But with their toothless beaks, why are they always trying to eat us? We have a hard time understanding their motivation, and there is nothing sexier than a mysterious dinosaur. That's for sure.

Who would have thought that this rising star is only an infant? Thankfully, hatch-date and age ain't no thang for this injured hottie. Despite being born to famous parents, this little guy is hoping to achieve success on his own merits. And with such impeccable genetics, it's safe to say this tiny fellow has inherited his parents killer good looks.

Though Pete Postlethwaite (RIP) might have a hard time pronouncing this hunk's tricky name, we know there is so much more to the dino with a "fat head and a bald spot." This babe has got it where it counts—nine massive inches of solid cranial boning protecting its tiny, less-evolved skull. Pro-tip: Though the Pachycephalosaurus' name means "thick-headed lizard" in Greek, it's probably best not to bring that up in polite company.

Now, who is your No. 1 gal? The gallimimus, amirite? These slender ladies are hitting the grassy slopes and running right into our hearts. Some think the gallimimus is the Kate Upton of the dino world (those legs! That tail! Those strong, gorgeous intramandibular joints and heavy tail base!), so we are extra shocked she hasn't landed herself a SI swimsuit issue yet. If you aren't careful, this delicate flower is going to flock your way.

You know it, we know it: The Spinosaurus is the Tyrannosaurus Rex's younger, hotter, spinier sister. The only thing more exciting than having a hot-to-trot T. rex show up at your door at 3 a.m. is if you suddenly stamped a long, fan-like series of spines on its back. Some scientists think that the spines were covered in fat and formed a hump, meaning that the Spinosaurus has some lovely lady lumps.