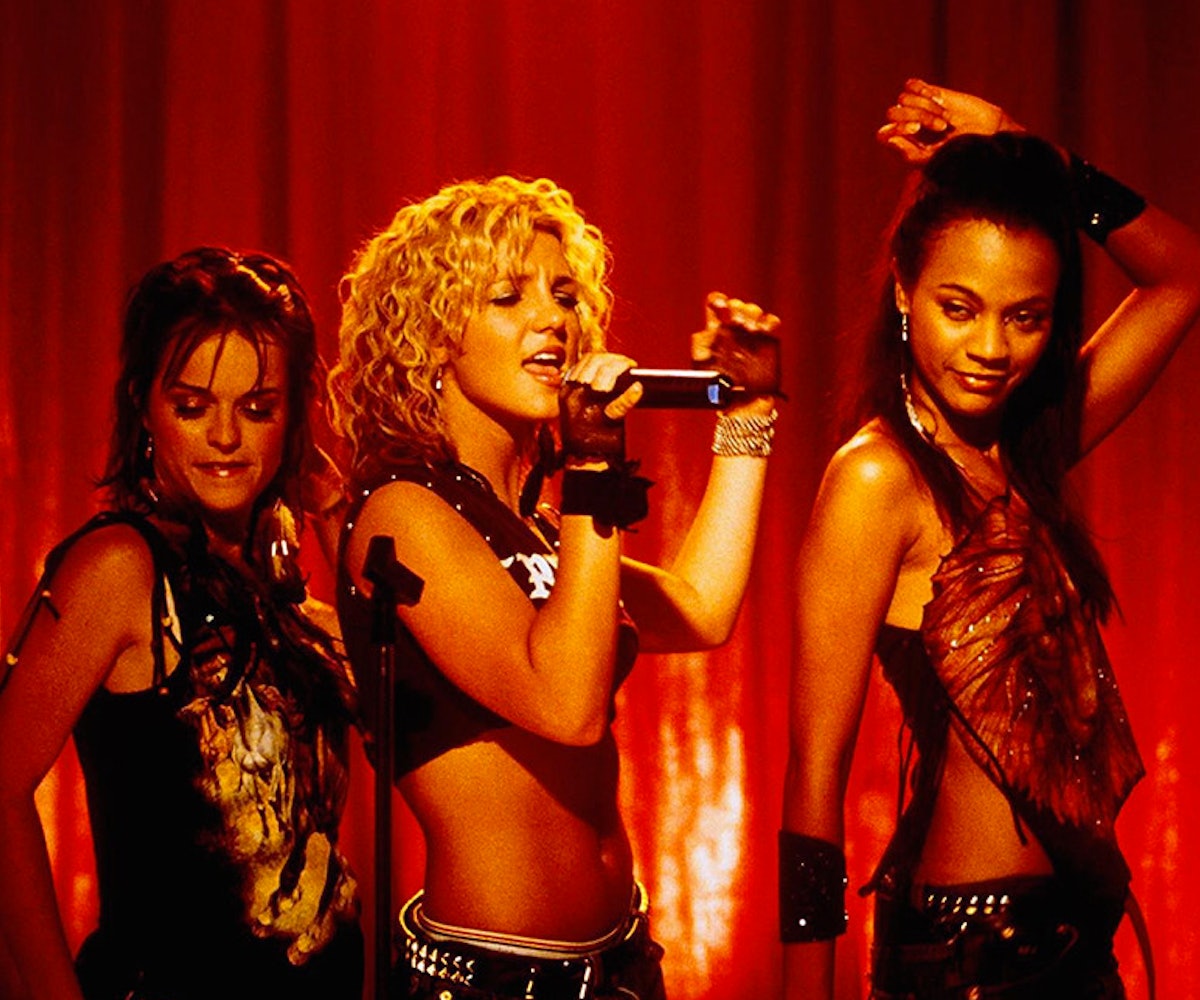 There are two types of people in this world: those who get wildly excited when they hear the word "karaoke" (particularly when it's followed by a question mark) and those who... don't. I'm not sure it's fair to call karaoke the most divisive activity that average people have the opportunity to partake in (let's not forget Ultimate Frisbee, after all), but I'm not not going to say that either because for every rabid karaoke fan, there also exists a counterpart, a person who doesn't simply not care for karaoke, but who is actively afraid of it.

And while I'd never say that such fear is completely unfounded (if you've ever been at a bar while someone is drunkenly sing-screaming "We Built This City," well then, you've known pure terror), I will say that it's totally possible for even the most anti-karaoke people, from the ones who are convinced that they can't sing a note to those who get viscerally embarrassed when they hear the opening notes of anything by Sondheim, to actually enjoy themselves if they wind up being invited to a karaoke birthday or are at a mandatory office karaoke event (what? these things happen). Here, then, are some ways to guarantee a good time at karaoke even if—maybe especially if—you had no musical theater experience in high school.

Remember, You Are Not Alone: Okay, admittedly, this might be what's freaking you out. After all, if you were alone, you'd be absolutely fearless when it came to belting out Lana Del Rey's "High by the Beach." But you're not alone. You're surrounded by other people, and thus you're terrified of hitting an off-note or getting pitchy or fucking up lyrics or being, like, boring. In fact, though, you should use the people around you, people who are presumably your friends, to make you feel better. They want you to succeed after all! Everyone just wants to have a good time. Feed off their positive energy. It helps. Editorial director of Book of the Month and karaoke-lover Maris Kreizman advises:

Get help! If you're a total virgin, it's okay to make your first song a duet, or even a quartet. Just like anything else, the more you do it, the more confident you'll feel. Song tip: Madonna is amazing, but her range isn't the largest, so she's a great one to start with. I might even suggest you go with "Like a Virgin."

Yes! Sing Madonna! Or something similarly approachable, which brings us to our next point...

Pick a Song That's Easy to Sing If You Can't Really Sing: Theoretically, my favorite karaoke song is the Bee Gees' "I Started a Joke." This is not practical though because a) it's rarely ever in karaoke songbooks and b) I cannot hit those high notes. So instead, I sing songs like Natalie Imbruglia's "Torn" or Pulp's "Common People," because they are beloved and they are within my range. (Also, don't feel bad if you don't have a huge range; here's a perfect list of famous singers who, uh, don't have the range.) Beyond Madonna, here are some other easy enough songs that everyone will love to hear: "No Scrubs" by TLC, "I Love Rock 'n Roll" by Joan Jett and the Blackhearts, "It's Gonna Be Me" by 'NSync, "Stay" by Lisa Loeb, and, if it's available, the theme song from The Fresh Prince. Word of caution, though, please don't attempt to rap if you don't know all the words already. This gets embarrassing for everyone.

Alternately, Pick a Song That's Ambitious If You Can Really Sing: Just because you're a karaoke novice, doesn't mean you don't have perfect pitch. And if you do? Play with that! Sing "I Started a Joke," or something equally awesome that will entertain and amaze your friends. Kreizman, who has an amazing voice, shared her favorite songs to sing, and it's a solid list from which to choose. She says:

I run the gamut. I like "Sleazy" by Ke$ha, the Juice Newton version of "Angel of the Morning," "Hit 'Em Up Style" by Blu Cantrell. "Joey" by Concrete Blonde. Anything from Les Miz. But I also have a few favorites that are great for group singalongs: "End of the Road," "Disco 2000," "Sabotage," "The Middle" by Jimmy Eat World.

Oh, and another word of caution: If you're going to go the musical theater route, steer clear of anything too showy or obvious or earnest. Kreizman says the most embarrassing karaoke moment has to be "when you're with the wrong group of people, and you do a show tune."

But if you do decide to venture that route, make your choice unexpected, perhaps with "Mr. Cellophane" from Chicago. This is a good and fun song.

There's a Few Songs You Shouldn't Touch with a Ten-Foot Microphone: You should not ever, ever sing these songs at karaoke or probably anywhere else: "We Built This City" by Starship, "Don't Stop Believin'" by Journey, and that creepy Girl Scouts song, "Make New Friends," that Diane Keaton sang to Woody Allen at the Golden Globes that one time. All other songs are negotiable.

Allow Yourself to Get Emotional: It's okay to let your feelings take you away while you're singing or hearing other people sing. It's primal, basically, this instinct to be moved by what the human body is capable of, and, weirdly enough, karaoke is no exception to that. (Other strange but valid and normal times to cry include while participating in and/or watching a marathon or even just a parade. Biological impulses are fascinating, really.) Kreizman recounted some of the times when karaoke became an emotional experience for her:

I've had some really excellent experiences with themed karaoke. Like, right after Prince passed away, I did a karaoke night devoted to him and it was so cathartic. Also cathartic: doing sad song karaoke in a small room with just your closest friends and really letting loose. And also only for private rooms: musical theater karaoke. When you have the right group of enthusiastic people (or even just one other friend), doing a string of show tunes can be magic.

Most Importantly, Relax: As Kreizman says, "Don't take yourself too seriously. Just have fun. That's all anyone wants." This is true. If you are doing karaoke with people who want anything else, like to, I don't know, get randomly discovered while belting out Celine Dion in a dive bar in Chinatown, you're maybe with the wrong people. Get new friends, is all I'm saying.

For the most part, though, you're out and having fun and maybe (probably) drinking, so just try and enjoy yourself. This might even mean that you don't sing at all. This is totally fine. Do not put pressure on yourself to sing, especially if it's your first time at karaoke. Maybe just be a spectator. Watching comes with its own pleasures, after all.

And beyond that, don't let anyone else put pressure on you to sing if you don't want to. Writer Molly McArdle says, "The worst thing about karaoke is when people who are really good at it say, 'You have to sing! What are you going to sing?!'" So this is a rule for all you karaoke aficionados out there: Chill out. Don't ruin it for the newbies. As with almost everything in life, it's always more fun if you just let people move at their own pace. Like, if you want to sing out, sing out. And if you want to chill out, chill out. Just whatever you do, don't sing Journey.