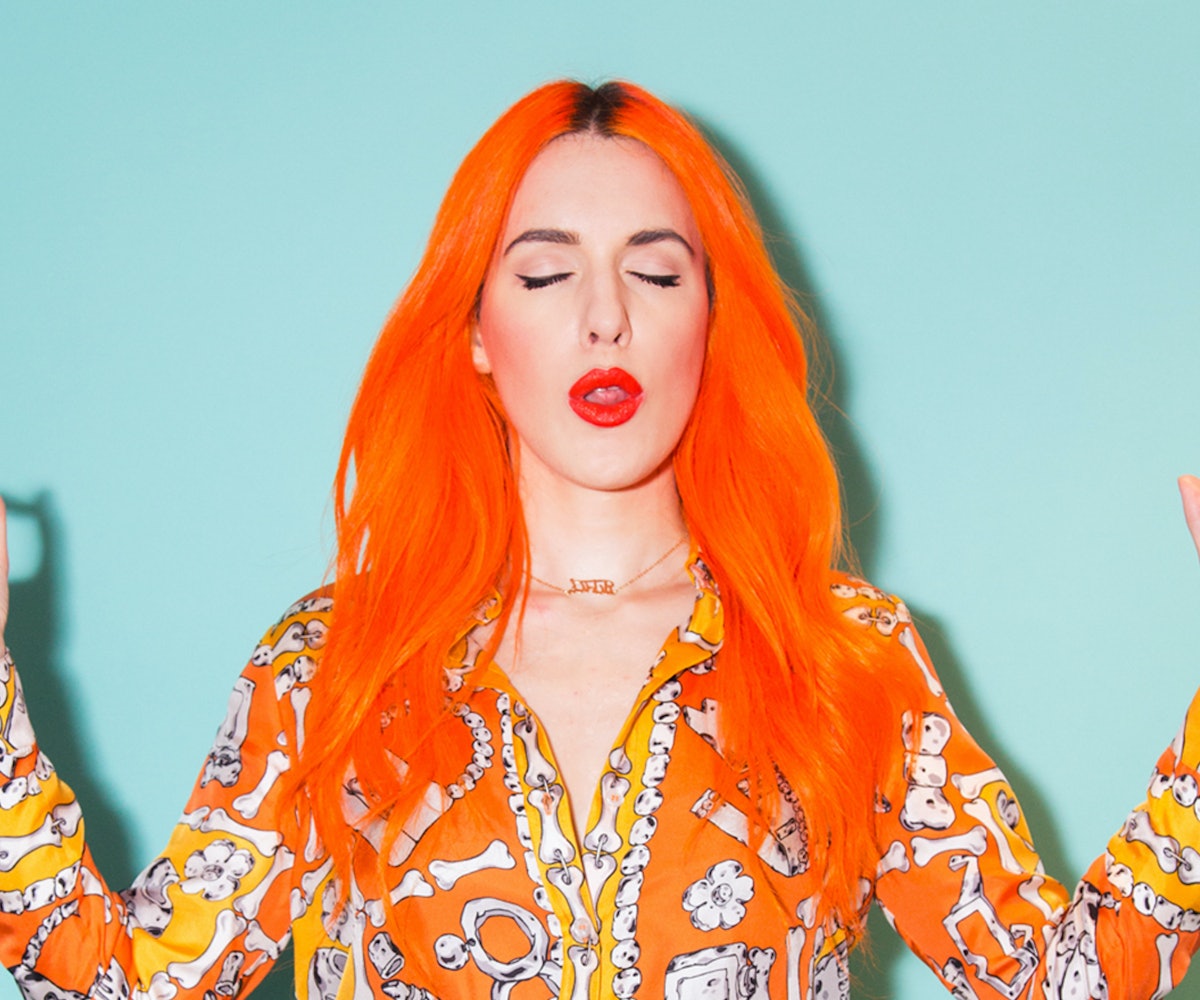 Being a woman wasn’t always so hard.

As a bald baby, my parents never put a bow on my head so people would know I was a girl. My dad bonded with my sister and me over push-up contests and power tool lessons. I was taught to stand up for myself and not take any shit. But as a living female, I knew eventually some form of sex discrimination would hit me in the face.

As an idealistic teenager, I figured I could handle anything that came my way. And, at first, that was true. My first summer job wasn’t at a camp or restaurant; I commuted into the city to work on computers at a brokerage firm, helping my dad build systems for his nine-to-five. I was already the youngest person there at 15, and I’m pretty sure I was one of the only women in that office who wasn’t a secretary. (It was the ‘90s.) Most of the time I was stuck in my storage closet-like “office,” but on occasion, I’d play the part of resident IT guru and fix something for the traders.

The first time I walked onto the loud, intense trading floor—filled with several dozen loud, intense men—I got hit on. They thought I was a receptionist who cluelessly wandered into the wrong room. Their inappropriate, overt suggestiveness was clear. I was disgusted but unfazed. All I had to do was tell these men who my father was (to say nothing of my age), and it would be a wrap. I patted myself on the back for combatting the patriarchy with such ease. Naively, I thought I would be able to handle every uncomfortable situation that might follow in the exact same way, since sexism clearly stemmed from these stereotypical, cigar-chomping old men, and they could always be avoided.

Eventually, I learned that—surprise!—sexism cannot always be avoided and it often comes from people you'd least expect. Some of the most aggressive sexism I experienced was while working with other women in the music industry. When I got to college, I landed a job at a major record label, where my boss was a man and the head of our division—his boss, and the person I interviewed with—was a woman. On my first day, she had me come by her office, where she proceeded to have a conversation with me about not getting too friendly with the bands we’d deal with regularly. I thought it was because it’s inappropriate to get too buddy-buddy with clients. She told me it was because everyone would think I was a groupie.

She proceeded to lecture me about how, whenever young female employees spend too much time socializing with musicians, they’re seen as gold diggers or sluts. She also warned me about getting too close to a female employee who had been showing me the ropes (and is still a dear friend of mine to this day), because “everyone in the office” thought her friendly behavior was “too flirty.” It goes without saying that the guys who worked at the label weren’t given any warnings. Even though I was soon a star employee, I always felt her eyes on me anytime we had to entertain a client. This same boss would comment on my clothing if I wore something tight or revealing (even though all my other co-workers let their aesthetic freak flag fly); once, she even went so far as to zip up my hoodie, pat me on the sternum, and say “much better,” when she thought I was showing too much cleavage during a meeting.

I never spoke up for myself. Like a lot of women placed in uncomfortable positions at work, I didn’t know what to do. I loved my job and didn’t want to rock the boat. I can’t say what her motives were for any of this, but their effects on me were long-lasting and manifested specifically in interactions with men who made music. As an adult, I’ve become friends with a number of prominent male musicians. But our friendships were never strong because I was worried they’d think I had ulterior motives. It’s a terrible way to live, and all because one of your employers preemptively slut-shamed you when you were 18 years old.

My experiences aren’t that bad. I’ve had minor sexist workplace interactions at jobs after that, but I haven’t worked in a conventional office for a very long time. The sexism I experience now, especially as a female business owner, is more subtle and nuanced. Many men feel uncomfortable with female authority. Women are taught to be nice enough, so they don’t look like a bitch, but not so nice that they look like a pushover. We’re told not to be straightforward, or people will think we’re mean. Don’t be demanding, or people will think we’re difficult. It’s an impossible, never-ending tightrope walk.

How can we cut that rope in our everyday work activity? One of my most helpful tactics is to write every important business email as if I’m "Chad," a white man working in middle management. "Chad" would never say, “Can I please have this by the end of the week?” Instead, he’d type, “I need this Friday!” As a backlash to almost two decades of objectification, I’ve begun wearing loose, amorphous clothing to take my physicality out of these interactions completely. But I still talk about sexism with other boss women often—we all still face it, and there’s no easy fix.

To get the perspective of someone at the top of her field for this column, I hit up my friend Jess, who just had a banner year as DJ and producer Jubilee. Her debut LP, After Hours, became one of the top 20 electronic albums in Pitchfork and Billboard, and she was named one of Mixmag's "stars of the year.” She’s been DJing professionally for a decade, but even with all these accolades, there are still security guards who won’t let her in the booth because they don’t believe she’s a performer. She’s been called “difficult” simply for being vocal about her needs as an artist, things that would never happen to a man. And, of course, she battles the inappropriate jokes, touches, and pandering language that are part of the overt sexism starter pack, both on stage and off.

Jess has some universal advice that I echo:

To combat sexism, I just don't let it slide anymore. I speak up. I snap right back at you if you pull some shit. People don't even realize they are doing it most of the time. If someone is inappropriate, I let the club know. As far as industry stuff goes, I just roll my eyes and make better music than [sexist men]. I push to get myself to a higher place where I can call this stuff out. Because I'm tired of it.