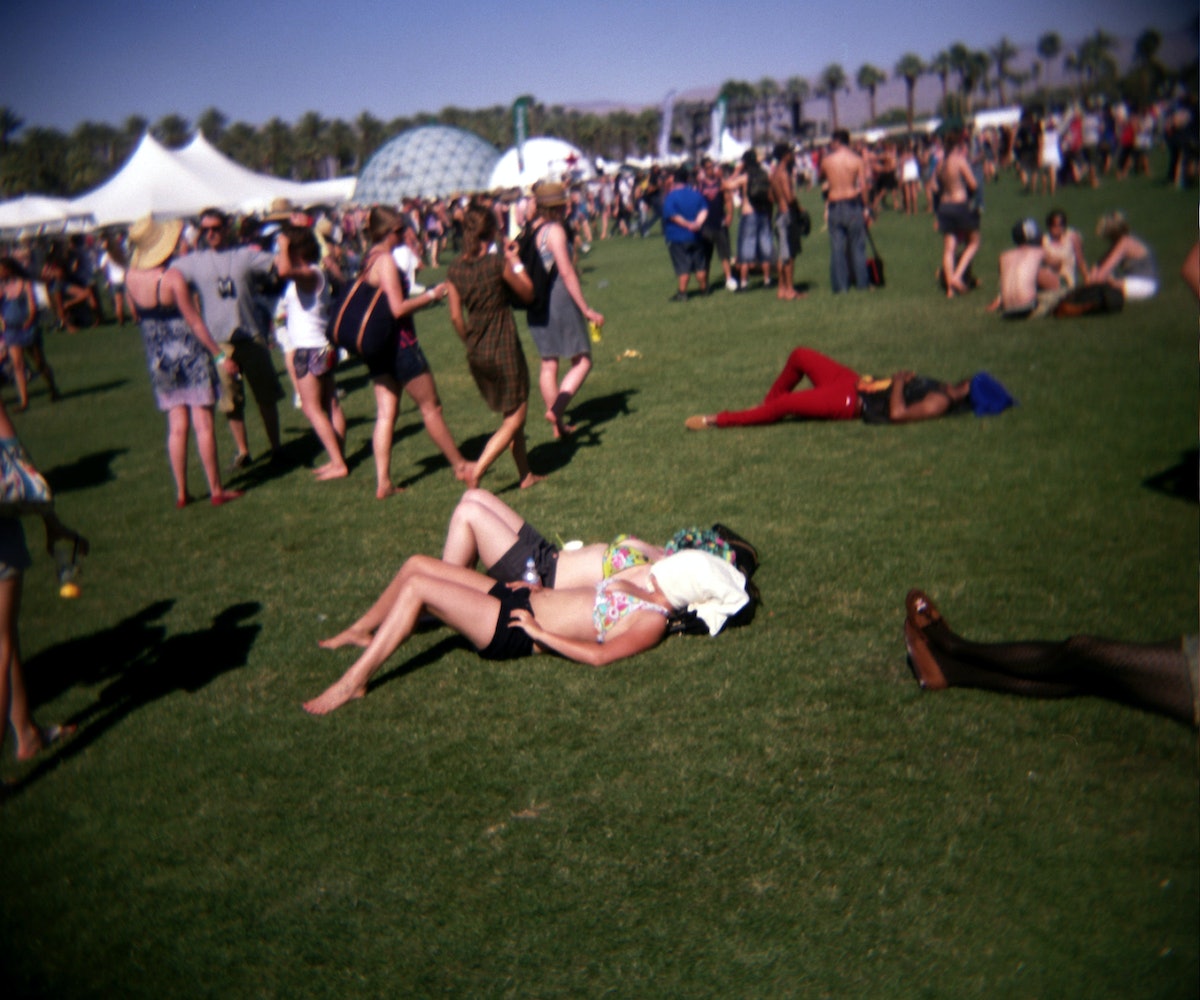 With the first weekend of Coachella having come and gone, the summer music festival season is officially off and running. For hundreds of thousands of people around the world, this is great news. It’s a chance to see many of the artists you're vaguely aware of and ubiquitous ones you’re already sick of, all in one convenient location. It’s also an opportunity to painstakingly put together an outfit, only to have it wilt in the sweaty sun and mud, approximately five minutes after arriving. And that’s before we get to all the fainting in the heat from too much day drinking, sketchy drug purchases, and toxic contact-poisoning from porta-potties air pollution. We're only half-kidding, of course. Music festivals don’t suck, but they're far from perfect. Here are some ways to improve them.

Music festivals are like websites—they’re all hoping to achieve scale. Naturally, that’s because that’s where all the money is. It’s why a festival like Coachella—and all of its knockoffs—try to pack as many dozens of bands as possible into one setting. In theory, this is great: Look at all the bands you can see in one place for the mere cost of half your month’s rent. But the end result is more like dumping 15 lbs. of sausage into a 10 lb. bag.

There’s no way to ever see all of the acts you want to at one festival, particularly when there are 15 stages and various branded tents like the VapeChump Extreme Cool Ranch Trap Haus, and even those of us with the best-laid plans often abandon them once we realize the trek that needs to be completed in order to get from one area to the next. Instead—and again, like websites—successful festivals would do well to think smaller and focus on a niche. Are there really that many people who want to see Guns N' Roses, Vince Staples, and Disclosure in one sitting? That’s like eating pizza and tacos in the same meal. (Actually that sounds pretty awesome, so let’s just say it’s like a worse-sounding analogy that I’m too lazy to think of at the moment.) Yes, many people have eclectic tastes now, but narrowing the scope makes for an experience more likely to please fans who are there to actually enjoy the type of music they came to enjoy.

Aha, the old listicle contrary advice switcheroo! Music festivals always proliferate, because there happens to be a shortage of acts that are actually qualified to perform in front of tens of thousands of people. Instead of one or two acts who’ve graduated to giant-field-show status, you get a baker’s dozen of triers who might sell out the 600-seat venue in your town if they’re lucky. Everyone is happy for acts like Grimes or Rhye when they get to have so much exposure in front of new audiences, but in truth, their music, and the music of so many bands haphazardly thrown into a festival lineup, just does not translate to such a huge stage and a huge crowd. Instead of elevating them to the level of the stage, it has the opposite effect of making them seem smaller, and not up to the task of commanding so many people’s attention.

While the idea of seeing bands dangling from the face of a soaring mountain cliff, or in the thick of the rain forest surrounded by the grandeur of nature, or on a rapidly melting glacier sounds romantic in theory, one really good place to see a band is at a venue designed for bands. Weird, but true: There’s more to throwing a concert than scaffolding up a stage and aiming an arsenal of speakers in the general vicinity of people’s faces. This, again, relates to the idea of size, as a desert or an open field offers a lot more room to cram people in. Think of it this way: You could play a game of basketball anywhere, but it’s a lot more enjoyable when there’s an actual basketball court available. Same rules apply to concerts. Leave the creativity to the acts on stage, and have the festivals worry about the actual logistics.

There’s a reason why so many festivals load up on extracurricular entertainment now: Because they know people aren’t really interested in watching 75 percent of the bands they booked. That’s how you end up with virtual reality boardwalk games, yoga pop-ups and amusement park rides. If you want to get into the carnival business, open a carnival. Alternatively, maybe spend some of that excess cash you have for hiring bounce house operators to pay the bands.