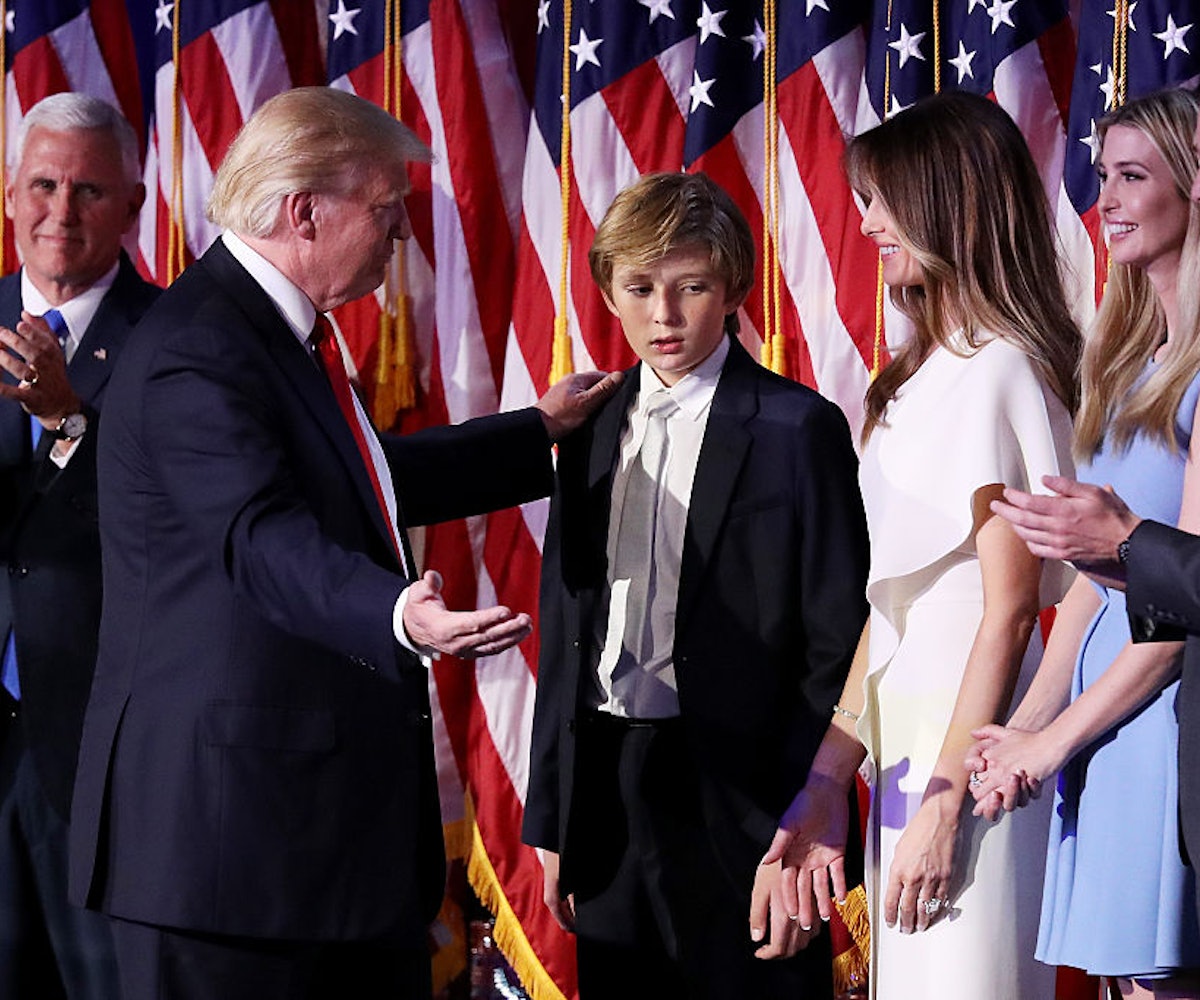 For many people in this country, their wildest dreams came true last night: Donald Trump was elected President of the United States. For many other people in this country, this result was unthinkable and unconscionable. As a candidate, Trump campaigned on a platform that espoused bigotry and hatred. Not only was he revealed to be sexist, xenophobic, and racist, but he reveled in it. He is a bully who relentlessly mocked everyone from his various opponents to members of the media to a former Miss Universe to, well, just about anyone who came across his path. So while millions of Americans are—to my mind, inexplicably—celebrating the rise of this man to the top office of our country, millions and millions of others are dealing with feelings of trauma, despair, and fear.

There are no easy answers for how to deal with an impending Trump presidency. It is, frankly, hard to know exactly what it will look like; particularly because much of the media has already started to frame it in terms that are intended to normalize the rise of a man who was formerly endorsed by the KKK. What is more important to think about now is what a Trump presidency might actually be like. Evan Osnos' potentially prophetic "President Trump's First Term" in The New Yorker gives readers a vision in which, during Trump's first week, the new President will work to repeal the Affordable Care Act, dismantle the Paris Agreement about greenhouse gas emissions, halt the Syrian refugee program, and, as Osnos writes, "to loosen restrictions on gun purchases, he can relax background checks." He can also work toward deporting illegal immigrants, something which Trump promised to do "his first hour in office."

If these things scare you, they should. There is no reason to believe that the apparent graciousness Trump demonstrated in his acceptance speech is an indication of anything that will follow. His was a campaign built on and fueled by hate and fear, why would he stop implementing those tools now that they have given him a mandate?

But fear of Trump cannot be a reason to remain paralyzed or stagnate in a state of inaction. (With that said, everyone is more than well within their rights to take the next few days off from consuming any political news and inflammatory social media.) This is not, in other words, a time to talk about leaving the country. Canada doesn't need you. But America does. Now is the time to assess the ways in which you can make a difference, big or small, and act. Now is the time to make a donation to Planned Parenthood, the Brady Campaign to Prevent Gun Violence, to the NAACP, to the Southern Poverty Law Center, and to the ACLU. Now is the time to figure out where to volunteer in order to help the movements that matter to you, the causes that you feel are in danger because of Trump. Now is the time to do what so many Trump voters did and show up. Don't just check in on Facebook to Standing Rock Pipeline, go to South Dakota. No, really. Support GLAAD and other LGBTQ rights groups. Do not forget that the presumptive Vice President has horrific, antiquated thoughts on the LGBTQ community and is just one heartbeat away from the presidency.

Show up for and support all these larger causes, but don't forget to take care of yourself and the people around you. Talk about your fears, let other people talk about theirs. Trump's victory is an existential crisis for millions of people who live in America, who aren't sure that they will have a place in their own home in the coming years. Be there for them. Be there for your community. Be there for a country which needs more people who are willing to stay and fight for what's right, not just what's loudest or easiest. The next four years might seem like they're going to be a nightmare, but that's no excuse to sleepwalk through them.

Some pertinent numbers to call if you should feel the need: