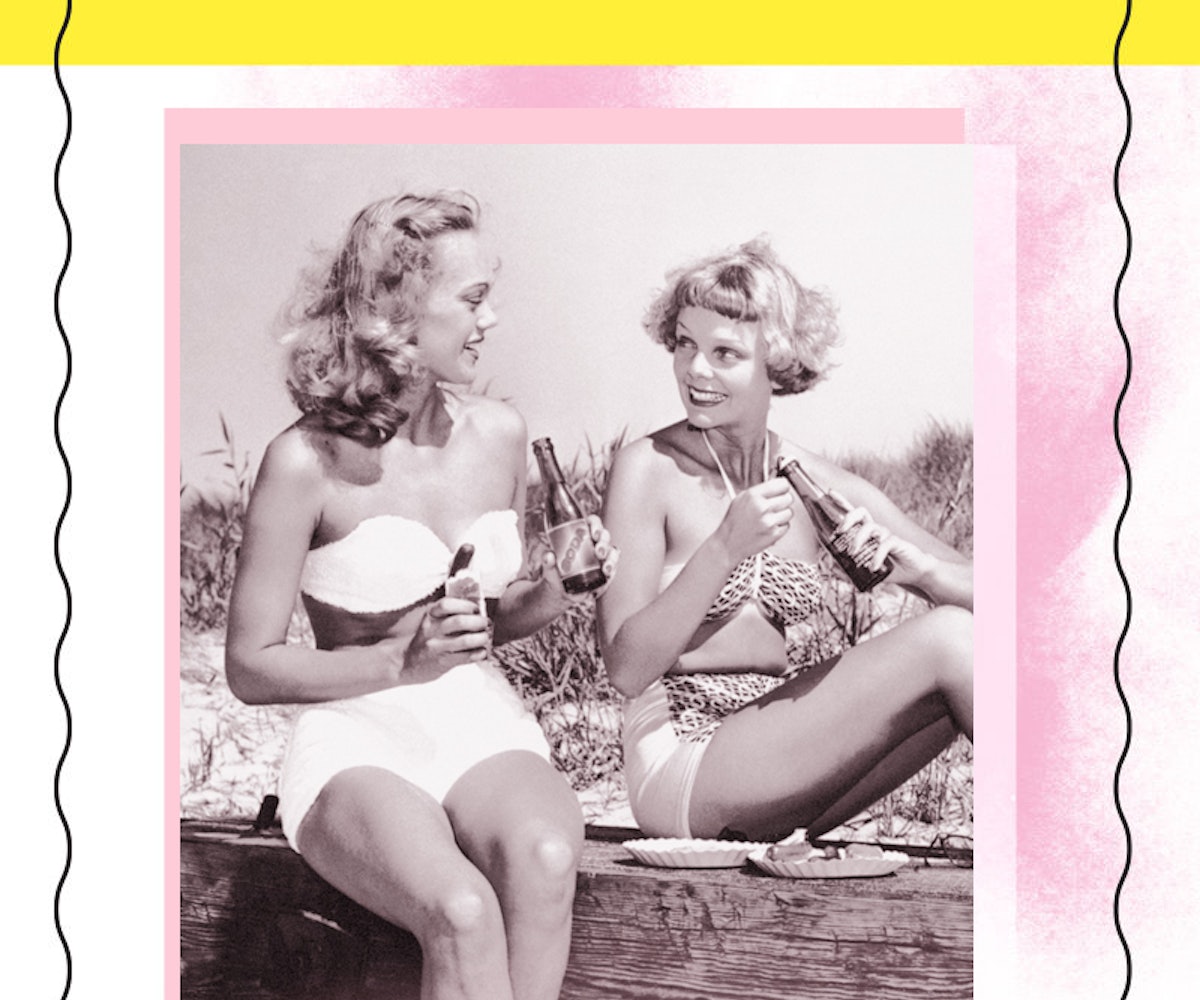 By the time you're 30, you'll be able to count on one hand how many real friends you have; if you're lucky, two. Or, at least, that's what one of my best friend's mothers told me during college, the time where everyone and anyone you meet is a potential something—friend, foe, lover. And now that a "friend" is one click or tap away, our definition of what a true friend is has shifted. There are party friends, work friends, internet friends, and best friends. A recent study published in the journal PLoS One argues that half of the people we consider to be best friends aren't really. Another study from the General Social Survey found that the number of Americans who have zero confidants in their lives has tripled over the past few decades. How ironic, the isolation that comes from our hyper-connected society.

"In this age of social media," Andrea Bonior, Ph.D. and creator of The Friendship Fix tells us, "we might feel like we are connected and feel like our lives are full, even though we are secretly lonely." Men, especially, feel the weight of a weak, unemotionally invested social network—though they'd never say it. Through a Movember Foundation poll, YouGov found that 12 percent of men over the age of 18 don't have a close enough friend with whom to share their insecurities. Women, according to Irene S. Levine, Ph.D., psychologist, and professor of psychiatry at the New York University School of Medicine and creator of The Friendship Blog, "are more likely than men to share intimacies and emotions with friends." This may not necessarily lead to best friendships, but they do lead an emotional release nonetheless which has mental and physical health benefits, like a longer lifespan.

Who has the time, though? Friendships take work. Jodyne L. Speyer, author of Dump ’Em: How to Break Up with Anyone from Your Best Friend to Your Hairdresser, says it's harder to find time for friends because with time and age "we partner up, have a family, move, [and] get a full-time job." As much as we'd like to believe that we grow out of our insecurities and self-esteem issues with each passing year, that just isn't the case. "As we get older," Levine says, "we tend to be more self-conscious." She adds that many "mistakenly think that everyone already has their friends," which, she urges, could not be any farther from the truth.

So, how do we fight this fear of rejection and swallow the bitter pill that, hey, we may not have as many friends as we once did, but the ones we do have are damn good ones and worth working for? Easy. Be bold and take note of the following six steps. You may only be able to count your besties on one hand, but that just means your other hand is free to high-five, wave, or shake hello.

"Friendships develop effortlessly when people have shared interests and see each other regularly, slowing transitioning from acquaintances to friends," Levine says. Finding and doing what makes you happy is important to your overall sense of well-being. And in most cases, you aren't alone in your interests. "Choose activities that you can enjoy," Bonior advises, "so that even if you don't make friends at first, you at least are keeping yourself engaged with the world."

Develop a sense of community

Bonior points out that people "don't have as many naturally occurring communities as an adult." But from your hobbies will spring forth a community of individuals with common interests. Chances are, you share more in common with your fellow ski club members than you think. Perhaps there's a tradition you all can start, like meeting at a certain restaurant every Sunday—something Speyer says helped keep her friend group close in her college and post-college years. (Just look at the women of Sex and the City!)

Be bold and make the first step

When we were little, walking up to some kid on the playground and asking if they wanted to play was a no-brainer. We were too little to fear rejection. Now, as adults, asking someone you may have just met to hang out teases the sneaky voice in our head to question whether this is a date or something platonic. "Things can be awkward and confusing as people don't know how to go from small chit chat to actually developing a relationship," Bonior says. Fearing that only hinders your chances of getting to know someone you're genuinely interested in. "What have you got to lose?" Speyer says. "I’ll tell you: a potential best friend!" If you're lucky to score that time together, be attentive and listen. "To make an acquaintance into an actual friend, follow up with asking questions that touch on what's been talked about before and get more personal. It seems obvious, but it's one of the main things that is overlooked," Bonior says.

Don't assume but make sure it's reciprocal

Both Speyer and Levine stress that assuming your new friends are too busy to hang out will do more harm to your budding relationships than good. "Let them tell you that," Speyer says. "Same with old friends." All friendships require effort from both parties. Making sure you are both on the same page is crucial. "The friendship doesn’t have to be equal along every dimension or at every point in time," Levine says, "but overall, the friendship needs to be mutually satisfying." With that said, be yourself because that helps develop trust and a safe space to share your story. Levine adds that communication will help avoid misunderstandings. "If someone rejects you initially," she says, "don’t take it personally. They may not have time for more friends right now."

This is, perhaps, the hardest part of being a friend as an adult. Life and all its responsibilities get in the way of friendships. "We may feel guilty spending time being social if it takes away from our family or professional time," Bonior says. Others simply don't have the time. Well, we all have the same 24 hours in the day and with a little bit of effort, some of that time can be filled getting to know another human being. Speyer tells us to not let a lot of time pass between hanging out and that even the tiniest of gestures, like liking a Facebook status, can help keep your spark from fizzling. "Technology provides us with so many ways of staying connected," she says. "Use one of them."

How are you going to get to know someone if you don't have a dialogue? Talking will help you avoid misunderstandings. Speyer suggests scheduling time to connect, whether it's over Skype, the phone, what have you. "Having something on the books holds you accountable," she says. She adds that even a small text letting your friend know you're thinking about them goes a long way. "Little things allow us to stay connected without having to lose a bigger chunk of time."