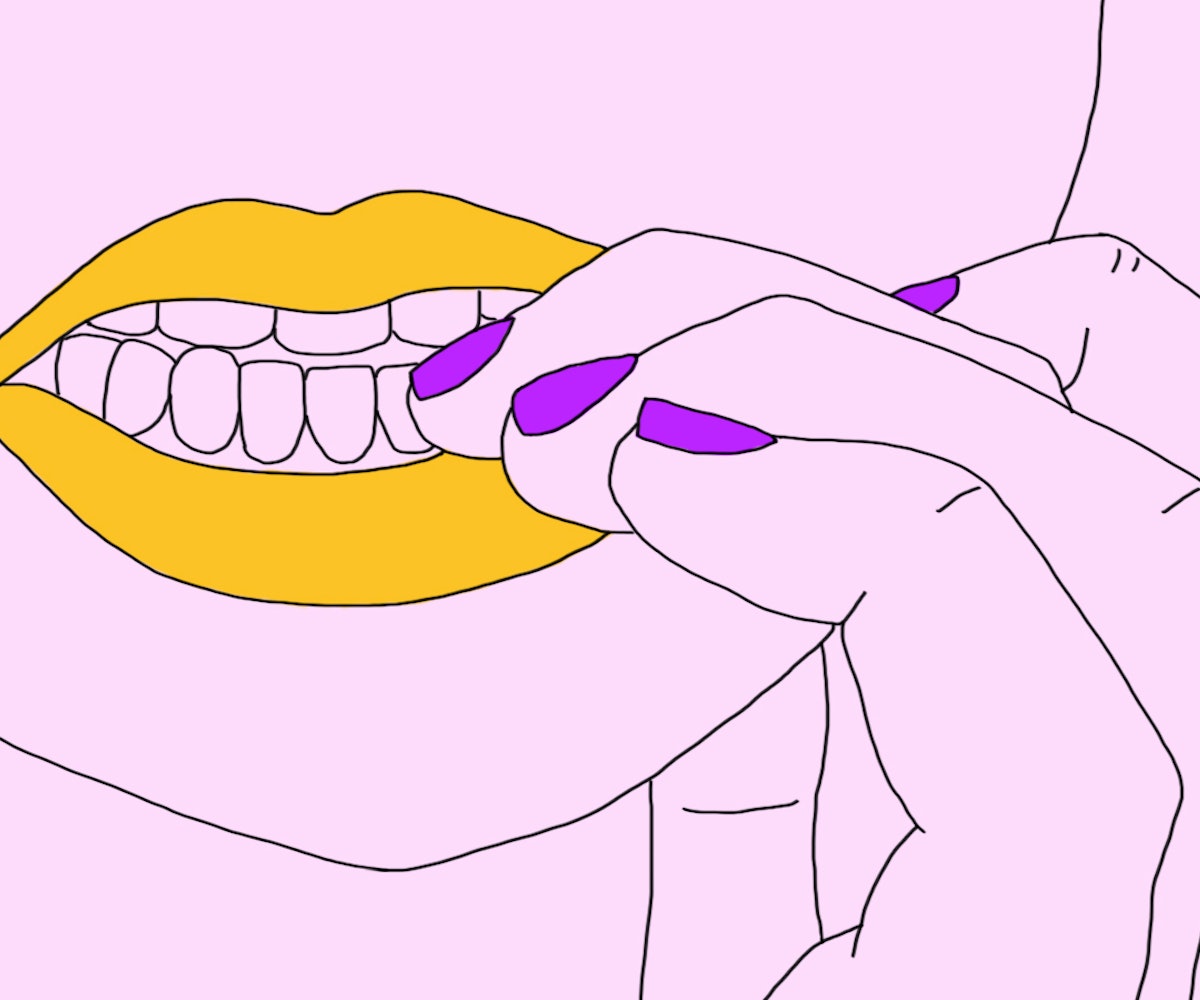 When you think about the phrase "safe space support group," the image it conjures is probably not one of a lazy brunch, a park hangout, or a few of your closest pals at someone's apartment sharing a cheese plate and doing face masks. But why not? Why should conversations during these types of hangouts only be kept light, often for fear of bringing down the mood? The truth is, so many of us are often dealing with anxieties, and it’s such a relief to find that you’re not the only one who’s having trouble keeping it all together—but it’s also important to share these things in confidence, and with people you know you can trust.

While it often goes without saying that there's safety among friends and support will always be there until proven otherwise, it's not a perfect system, and sometimes we share our stories only to find out it's a one-way street or that the other person doesn't always have the same energy to give back when we need it. Boundaries are sometimes undefined, and, especially now, energy needs to be conserved and emotional labor needs to be appreciated and acknowledged. That's why a few of my friends and I decided to start a support group for each other, during which boundaries would be clearly defined and we would all feel safe (should things go as planned) to share what was on our minds. If this sounds like something you and your friends would benefit from, here are a few ideas for organizing such a group.

1. Decide what you want your group to be about. Though the group started initially as an eating disorder support group, we all quickly realized that the issues caused by our eating disorders also touch other areas in our lives, and we decided to make it a more general support group to talk about whatever is on our minds—ups and downs with depression and anxiety, job woes, relationship problems and triumphs, as well as how to deal with the current political climate, both as it affects us each personally and what we can do to help others. You may want to have a more specific focus in your group, depending on how many people are attending, so that everyone can get a word in; ours is about four to seven people on any given weekend.

2. Have rules in place for everyone’s safety. This is partially dependent on the topic of your group, but during the first meeting, it may be helpful to ask everyone what would make them feel safe. For example, with regard to eating disorders, we decided that we wouldn’t talk about numbers at all because that can be triggering for some folks. Having rules like this in place is a quick and easy way for people to talk about things without any harm and for everyone else to help keep each other in check just in case someone makes a mistake.

3. Make sure everyone gets a chance to talk. While it’s natural that some folks are going to have bolder personalities than others, support group should be a space where time is shared fairly equally, so it’s important that everyone gets a chance to speak. In our group, we start by going around and having everyone say one good and one bad thing that happened that week; that way, everyone gets a chance to say something right from the start, and a pattern most times emerges. We often see that everyone is feeling anxious about one particular thing, like our jobs, or our relationships, or not being able to do enough for other people, and it sets the tone for the rest of the discussion. Then, because everyone contributed in the beginning of the discussion, our friends who are less likely to speak up in other situations feel more comfortable jumping in, because they’ve already shared! This is also a situation where you should be advocating for each other, however, and if you notice one person frequently interrupts, you should say so. The space depends on the safety of EVERYONE, and it also depends on everyone to make it safe.

4. Check in with people frequently to make sure things feel okay. Just because you made the rules in the first meeting and everyone was okay with them that doesn’t mean things don’t need to be tweaked from time to time. Check in every once in awhile in a group setting to see if new rules need to be added or the format needs to be changed to make people feel more comfortable or heard. If it’s not working for everyone, it’s really not working.

5. Change up your meeting space, and have fun with it. We usually meet at the same friend’s apartment because they have the most seating, but you can also meet at a brunch spot (as long as people feel comfortable with the chance that passersby will hear snippets of conversation) or a park; you can even walk and talk if the weather permits. It’ll feel good to get out and talk about your feelings in different settings. If this doesn’t work for you, that’s totally okay—you can just change up the snacks you bring, instead.

Your support group doesn’t have to look like just one thing, and it certainly doesn’t have to look like the one my friends and I have created. However, I’ve found it to be invaluable over the past year; it often feels like therapy for me, and it’s been transformative for me to get insights from people who may see another side to my problems, or to just feel heard from friends who have been through very similar situations. While it’s true that I’ve always talked to my friends about the same topics that we cover in support group, having a dedicated time and space to really dive deep and discuss both the things that hurt and the things I find myself overcoming, with the promise that none of it will leave that room, is a very different thing.

NEXT UP
Culture
6 Shows To Binge Once You've Finished 'The White Lotus'
Culture
Phoebe Dynevor Will Not Return for Bridgerton Season 3
Culture
Succession Season 4 Trailer Explodes With Family Drama
Fashion
Jenna Ortega Is The Face Of Adidas’ Newest Line
Style + Culture, delivered straight to your inbox.