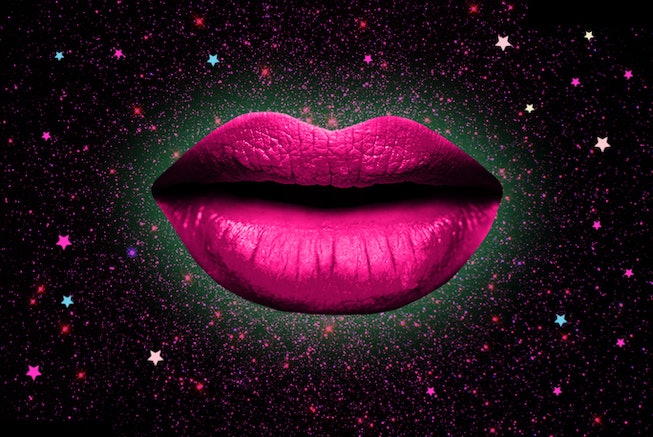 Ever notice how really hot sexting doesn’t necessarily translate into really hot vocal sex? It can be easier to say what you want to a screen, but way harder (and wetter) to whisper it into a partner’s ear. But talking dirty is a great way to get to know someone, to share what turns you on, and to have a really good time.

Just remember not to bring up a fantasy for the very first time during dirty talk. "If it’s the very first time you’re talking about something, it should be a separate conversation, not a dirty talk one,” says Marin. Dirty talk itself can be a conversation, too. "It’s always good to start slow. If your partner and you have talked about it that’s one thing, but if you haven’t discussed it beforehand it might be a good idea to ask, 'How do you feel about dirty talk?'" says Heather McPherson, a licensed therapist and founder of the Sexual Health Alliance. "Every so often you might come across somebody who doesn’t like it at all, so it’s good to ask consent almost: 'How do you feel about this' or 'What do you like?'”

If you’re just getting started talking dirty, it might feel weird or uncomfortable at first. And that’s okay.

“A lot of people have experienced talking over text, but then feel really awkward when they try to do it in person,” says Marin. “Sex itself is just kind of awkward and strange. And I know we’re all trying to do a good job, trying to do it right, but sometimes it comes down to recognizing that it’s going to be awkward—that’s part of the process.”

Once you’re ready to try it with a partner, think of it almost like an extension of flirting. If you’re flirting up until the point you fall into bed, why stop? “You flirt and flirt and flirt before you get into bed, and a lot of people don’t want to stop that and get into bed and go quiet. You want to keep talking, so to think if that in that way could be helpful to lower the anxiety or unease about it,” says McPherson.

Then, don’t overthink it. “Keep it really simple. If you’re feeling kind of embarrassed or nervous, just start with basic things like, 'That feels good' or 'Do more of that' or 'Harder,' whatever it is. You don’t have to go into a whole novel the very first time you’re trying to talk dirty to somebody,” says Marin.

If you really don’t know what to say, try talking about what feels good to you in that moment. “Expressing ‘oh this feels really good' or 'I like it when you do this' is a good place to start because it’s coming from your own perception and what’s really turning you on,” says McPherson. You can also describe what’s happening and what you like about it, "even telling them 'I love it when you...' and then being descriptive,” she says.

To level up, think about the ways in which you might interact in sex anyway and elaborate on them. Marin breaks down dirty talk into categories: teasing about something you’re going to do; making requests; sharing fantasies; taunting about something you’re not going to do—"'you can’t have me' or 'I’m not going to let you do that,' that sort of thing;” reminiscing about past memories, which can be especially helpful for beginners—“you don’t have to come up with something new to say, it’s an experience you already had, so you’re just describing [it];” and giving compliments—"'you feel really good inside of me,' 'you’re making me so wet.’” There are also things to say when you don’t know what to say but want to keep the conversation going—phrases like, "'That turns me on' or 'What are you going to do to me now?' If your partner’s talking dirty to you and you don’t know how to respond, try something like, 'Tell me more,'” says Marin.

And remember: This is supposed to be fun.

"It’s good to maintain a certain amount of playfulness. I think that when we get too serious about it, that raises the anxiety even more, and so to maintain a sense of playfulness whenever you’re trying something new can be really important. Trying something new can be uncomfortable, it can be anxiety provoking, and so having a lighthearted feel can be helpful,” says McPherson.