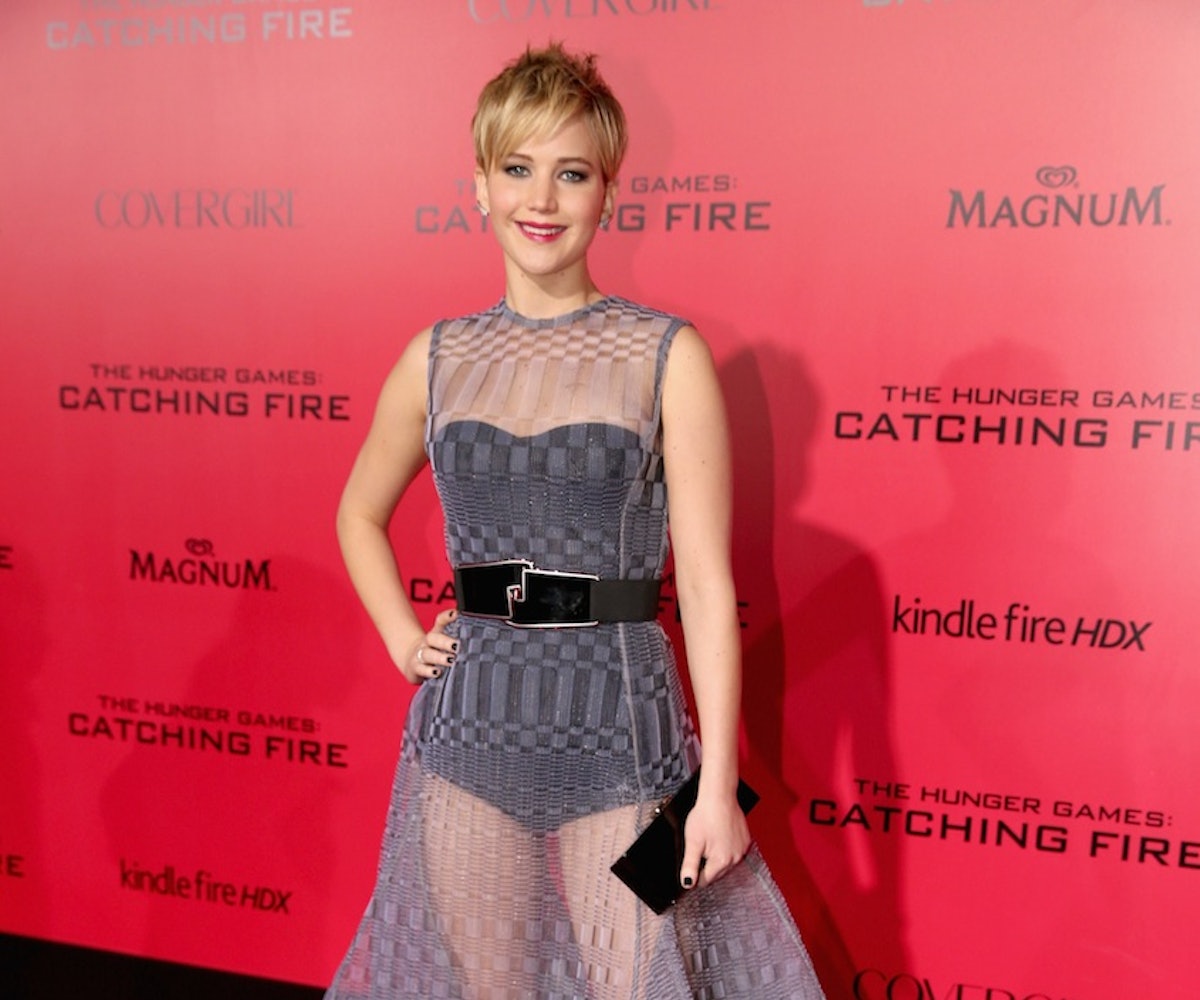 There's still a few days to go until The Hunger Games: Catching Fire hits the masses, but the stars of the second film celebrated last night at the flick's premiere in Los Angeles--and upped the fashion ante in a huge way.

Case in point? Jennifer Lawrence, who continued her exclusively Dior streak in a totally sheer gown by the French fashion house. And sure, while going quasi-pantsless isn't that surprising on the red carpet (paging Lady Gaga and Kristen Stewart!) on someone like Lawrence who normally tones it down, it's a little more unusual.

Still, if there's anyone who can a rock see-through dress and also keep it classy, it's this actress. She paired the grey full-skirted frock with a black bodysuit, a giant belt, and traded her dark lipstick for a bright berry hue.

Other faves: Willow Shields, who resembled a young Shailene Woodley in blue and white Katie Ermilio; Jena Malone in a sparkly sheer Nicholas Oakwell number: Zoe Kravitz, who kept things gothy glam in Balenciaga, and our forever teen fashion crush Kiernan Shipka in Miu Miu. Click through all the best looks from The Hunger Games: Catching Fire premiere below and tell us-- who came out on top?

Josh Hutcherson in Dolce and Gabbana.

Lenny and Zoe Kravitz in Saint Laurent and Balenciaga, respectively.

NEXT UP
fashion
How ‘Spice World’'s Costume Designer Nailed The ‘Scooby-Doo on Acid’ Look
Culture
The Madonna Biopic Is Being Scrapped
Culture
Kaia Gerber Won’t Stop Until She’s Cast As Patti Smith In A Biopic
Culture
The 2023 Oscar Nominations Full List Is Here
Style + Culture, delivered straight to your inbox.