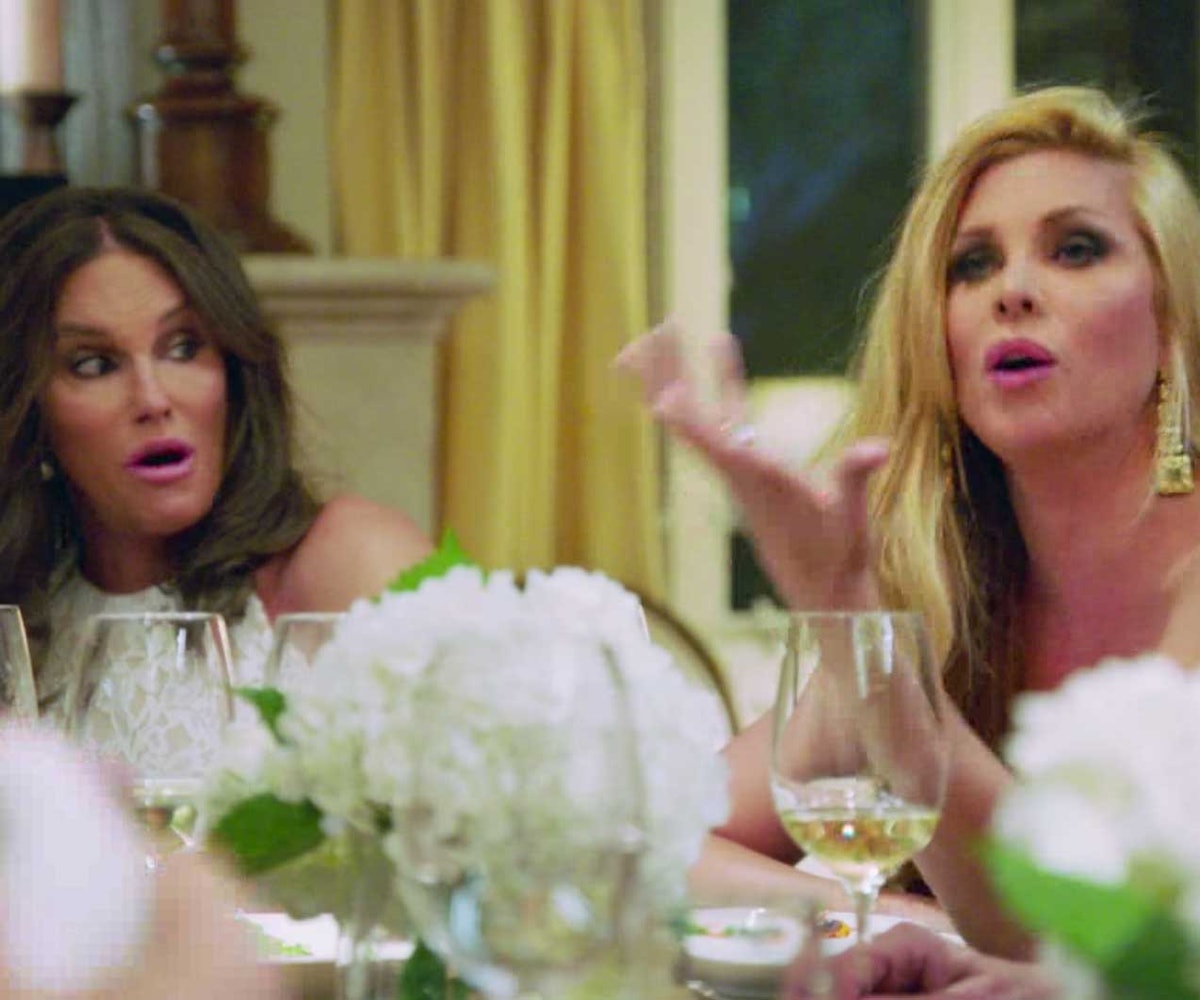 In her interview with Diane Sawyer earlier this year, Caitlyn Jenner was asked if she was still attracted to women. “No, I’m not gay. I am as far as I know, heterosexual,” she responded. “I’ve never been with a guy, I’ve always been married, raising kids.” Pushing the topic further to help alleviate viewers’ confusion, she asked if Jenner was a lesbian. “You’re going back to the sex thing, and it’s apples and oranges,” Jenner said. “Sexuality is who you are personally attracted to. But gender identity is who you are as a person and your soul and who you identify as inside.”

Now, in a clip from the upcoming episode of I Am Cait, Jenner is once again addressing these questions. At a dinner party, trans activist Candis Cayne, who also happens to be Jenner’s rumored girlfriend, says, “I want to hear what it’s like to date, as a transgender woman, in our community.” When prompted to share her experience, Jenner says she knows “absolutely nothing.” When her friend then says that Jenner has previously stated that she has only been atttracted to women, Jenner corrects her, saying, “I’ve only been with women… I got bigger things than an orgasm to worry about.”

After the women are asked to reveal whether they are more attracted to men, Jenner says, ”I don’t know. I’ve never been with a guy.”

In an interview, she further addresses these concerns, saying, ”You’re gonna date women, you’re gonna date men, what are you going to do? I don’t know.” And with that said, it’s clear that Jenner is still figuring out her identity.

NEXT UP
Beauty
Kylie Jenner Is Bringing 1920 Finger Waves to the 2020s
Astrology
January 2023’s New Moon In Aquarius Is All About The Big Picture
A Night Out
A Night Out With Rachel Bilson
Beauty
No One Does #PamCore Beauty Better Than Pamela Anderson, Herself
Style + Culture, delivered straight to your inbox.