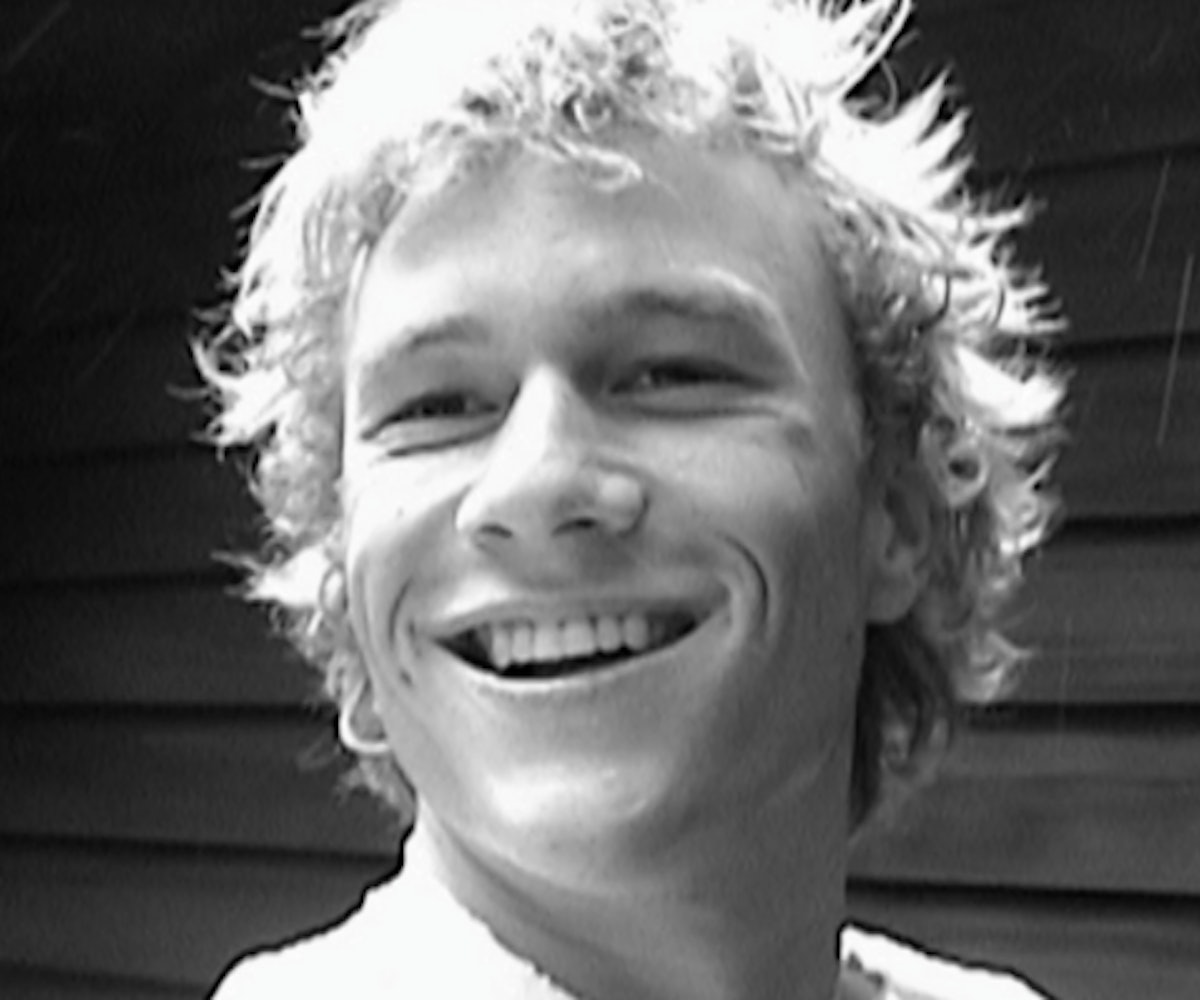 I Am Heath Ledger centers around its subject's insatiable need to create. That’s the central thread running through the revealing new documentary that premieres on Spike TV tonight, which looks back on the late actor’s swift rise to global fame and his untimely death at the age of 28. While there were (and still are) many rumors that swirled around the mysterious circumstances surrounding Ledger’s death, filmmakers Adrian Buitenhuis and Derik Murray, along with Matt Amato, Ledger’s friend and close collaborator, instead made a movie that celebrates his brief but remarkable life. One of the big discoveries here is that Ledger had a compulsive instinct to turn the camera on himself. It’s through much of that footage, coupled with talking-head segments from those who knew him best, that Murray and Buitenhuis craft an intimate account that works to deconstruct the enigmatic persona that Ledger became since his death, 10 years ago.

Murray, a Canadian filmmaker who has spearheaded the I Am series for Spike (previous movies include entries on I Am Chris Farley and I Am John F. Kennedy Jr.), was jonesing to make a movie about Ledger’s life for a while. “Heath was somebody that, when we have a list up on the wall and we're talking individuals that we would love to do films on, was very high on that list for a long time,” he says. It was only after Murray and the L.A.-based Buitenhuis met Amato and began researching Ledger’s life that they discovered that his artistic pursuits transcended movie stardom. “We found out was that he was this multidimensional artist, a photographer, filmmaker, and a just a vital force,” says Murray.

Amato, a filmmaker who has directed music videos for Bon Iver, was the catalyst that made I Am Heath Ledger possible. He introduced Murray and Buitenhuis to members of Ledger’s inner circle—like childhood friend Trevor DiCarlo, who moved from Australia to L.A. with Ledger when they were teenagers—who then provided the filmmakers with the endless hours of footage Ledger shot of himself. One thing you learn about Ledger from watching this movie is that he loved having his mates from Australia around, even after he got famous. “His childhood friends were really important to the narrative because. I don't know about you, but I don't have too many friends from my primary school days that followed me and were part of my life in such a deep fashion as he and his buddies were,” Murray says. “So that was really critical, and they were really important to the storytelling of the film.”

As for Amato, he first met Ledger when the actor moved to Los Angeles at the behest of his girlfriend Lisa Zane, who was living with Amato at the time. (It was Amato who gave Ledger the script for 10 Things I Hate About You, which would go on to be his breakout film.) “When I first met him, he was bent over with a suitcase, and he had frosted hair and really bad blue jeans on, and then he stands up and he's twice as tall as I am, and I'm like, 'This isn't going to work,'” Amato says. “But he was so nice. I didn't have a choice but to be friends with him. Instantly, I knew he was great.”

Eventually, Amato and Ledger formed The Masses, a Los Angeles-based art collective which functioned as ground zero for Ledger’s artistic pursuits outside of acting. In the film, we’re shown clips of Ledger’s early directorial efforts, like a surreal music video he directed for his friend, the Australian musician N'fa Jones. It becomes clear while watching the movie that Ledger, who at the time of his death was one of Hollywood’s most respected and in-demand actors, longed to be behind the camera. The footage Ledger shot of himself that is so prevalent throughout the film is the actor directing himself. “That was just to teach himself about acting and to break down any sort of self-consciousness he had,” Buitenhuis says of the footage. “If you know how you look in in the morning or driving, then you can get over it. It's only when we don't know what we look like that we kind of tense up, so he really broke himself down that way. He studied himself.”

Throughout the film, which was approved by the Ledger estate, people who knew Ledger best—from friends and collaborators like Ben Harper and his Brokeback Mountain director Ang Lee to Ledger’s own father and sisters—speak of his boundless energy, which Ledger used to immerse himself into his roles. The movie takes us on a journey through Ledger’s filmography, from his early days as a bleached blonde heartthrob to his emergence as one of his generation’s most gifted actors, a label he earned after his towering performance in Brokeback Mountain. But hovering over Ledger’s career is the specter of his most iconic role, as the Joker in The Dark Knight. When Ledger died due to an accidental overdose on sleeping pills, there were rumors that Ledger was so consumed by the nihilistic character that it somehow led to his death. Not only did Ledger’s own sisters debunk that rumor, but the movie attempts to do the same. It portrays Ledger as being overjoyed by the work he did and thrilled that the world would soon witness the terrifying result of his dedication. "Going into this film, Adrian and I didn't have a set position on it either way,” Murray says. "But it was across the board, whether it was cast from the film, people he worked closely with, family and friends, that he was not going down this dark tunnel, spiraling to the end because of The Dark Knight.”

Amato takes it one step further. “Actors wear a metaphorical wig. They can take that wig off at the end of the day and get back to the business of life. That's what a professional does. There were some method-y things going on there, [but] living was the goal. I think it would really break his heart how people glorify that character. In some ways, I'm glad he left when he did, because there have been violent acts done in the name of that character, and he would be very disturbed by that. I wanted to debunk The Dark Knight thing altogether. It's a powerful movie for sure, but let's not be so obsessed with that evil thing. Let's look to the light—and Heath was full of light.”

NEXT UP
Culture
Jeremy Allen White Has At Least Four A24 Scripts on His Desk
Culture
Aubrey Plaza Directorial Plans Involve Filling The “Female Tim Burton Spot”
The Art Issue 2022
What It’s Like To Be A Tattoo Artist To The Stars
The Art Issue 2022
From Renaissance To Gemini Rights: The Stories Behind 2022's Best Album Covers